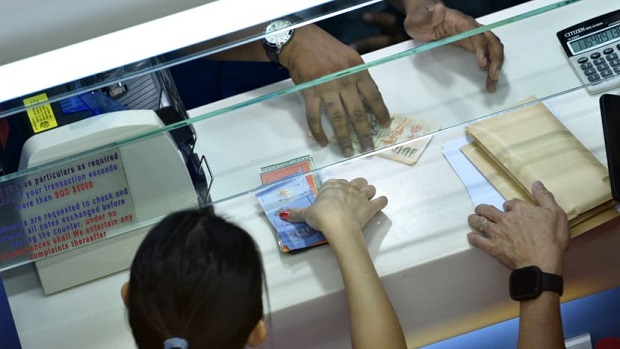 Why is the ringgit so weak and what does it mean for Malaysia’s economy?

KUALA LUMPUR: The Malaysian ringgit has been on a downward trend against the US dollar and Singapore dollar lately.

The ringgit’s performance against the greenback had declined 0.7 per cent in the first quarter of 2022, which Malaysia’s central bank Bank Negara Malaysia (BNM) stated was broadly in line with the movement of other regional currencies.

The ringgit had further weakened against the US dollar since March, from trading below RM4.20 to hitting RM4.36 in early May.

On May 19, the ringgit slumped past RM4.40 against a strengthening dollar, as the market anticipated rate hikes in the United States to combat inflation.

The ringgit also depreciated to a record low against the Singdollar on May 24, touching RM3.2068, according to data from the Wall Street Journal.

CNA spoke to analysts on the reasons behind the ringgit’s depreciation, what it means for the Malaysian economy and factors affecting its value.

WHY IS THE RINGGIT SO WEAK?

Sunway University economics professor Yeah Kim Leng explained that the Singdollar had reached this new height as the country’s monetary policy was based on managing the exchange rate, and allowing interest rates to adjust freely with international rates.

“Singapore’s monetary authority is expected to appreciate its currency to counter the rise in imported inflation.

“As Malaysia’s interest rate adjustment is likely to be more gradual than international rates, the narrowing interest rate differential will be reflected in a weakening ringgit,” Prof Yeah explained to CNA.

Mr Hafidzi Razali, a senior analyst with strategic advisory firm Bower Group Asia, said the weakening of the ringgit to the US dollar was in part due to investors factoring in larger rate hikes by the US Federal Reserve, more so with inflation in the US reaching as high as 8.5 per cent recently.

Higher interest rates would reduce the amount of money in circulation and decrease inflation, as loans become more expensive while deposits give better yields.

“Investors would favour the US dollar when the interest rates are hiked for higher yields,” Mr Hafidzi explained.

He added that a weakening Chinese yuan against the US dollar had also indirectly affected the ringgit, given Malaysia’s strong trade linkages to China.

WHAT DOES IT MEAN FOR MALAYSIA’S ECONOMY?Malaysia’s weakened currency would result in higher import prices, burdening both consumers and importers, the experts said.

Malaysian borrowers who had taken out foreign currency loans would also find their debt servicing burden increased due to the currency depreciation, he pointed out.

This means they have to convert more ringgit into US dollars to pay the same amount of loan instalments.

Mr Hafidzi pointed out that the increased costs of imports would also hit Malaysia in terms of necessities such as food, in which the country is a net importer.

“The impact of both weaker ringgit and higher inflation may limit private consumption, as consumers’ spending power is reduced.

“If it remains prolonged, this may impact the private consumption component for Malaysia’s gross domestic product (GDP) and impact the country’s economic growth percentage,” he explained.

One silver lining, Prof Yeah explained, was that foreign investors with a stronger home currency would now find it attractive to increase their imports from Malaysia, or invest or acquire assets here.

WHAT HAS THE GOVERNMENT DONE?

Prof Yeah pointed out that Malaysia’s financial authority and government have worked to ease the depreciation pressure in recent weeks.

The academic added that Malaysia’s government had also publicised the continuing strength in the country’s external sector and the economic fundamentals underpinning the ringgit.

“These include continuing strong exports, high commodity prices, bigger trade surplus, a better-than-expected GDP performance for the first quarter and improving growth outlook for 2022, arising from the country’s transition to endemicity at the start of the second quarter,” he said.

One suggestion that had gained media attention was a suggestion by former prime minister Mahathir Mohamad to peg the ringgit to the US dollar to address the current fluctuations.

Dr Mahathir had pegged the ringgit at RM3.80 to the US dollar during the 1998 Asian Financial Crisis. The peg lasted for seven years until it was lifted in 2005 and replaced by a managed float.

A similar peg, the Langkawi MP said, would provide certainty for businesses which had to borrow or import in foreign currency, rather than be hit by severe fluctuations in the ringgit’s value.

However, both experts told CNA that implementing such a suggestion has significant repercussions for the country.

“It is not as straightforward as Dr Mahathir suggested,” Mr Hafidzi said, noting that once the ringgit was pegged to the US dollar, BNM and Malaysia’s financial system would have to defend the peg.

“BNM especially, will have to back the peg by intervening with its foreign currency reserves, which may unnecessarily reduce its resilience against any given crisis,” he pointed out.

Similar to 1998, the central bank may also have to introduce capital controls to limit capital outflow, Mr Hafidzi added, which would impact foreign direct investments into Malaysia.

For Prof Yeah, as Malaysia was not facing a financial or economic crisis, reverting to a fixed exchange rate would likely trigger a financial market panic and massive capital outflows.

“It is not feasible or prudent, since the current ringgit weakness can be seen as an adjustment to the changes in financial and economic conditions and market expectations,” he added.

CAN IT GET WEAKER?

Mr Hafidzi noted that the ringgit was likely to remain undervalued as long as Malaysia’s political uncertainty was ongoing.

Prof Yeah also concurred that factors such as political uncertainty and governance risks, related to Malaysia’s next general election and high-level corruption cases, have caused the currency markets to penalise the ringgit’s value.

However, he said, a flexible exchange rate regime is prone to misalignment with its underlying economic basics.

“An efficient currency market will be self-correcting, although the adjustment process and reversion to its fair or fundamental value may take time.”

“As long as the country continues to pursue sound policies and prudent macroeconomic management, any further worsening of the ringgit will be limited and temporary,” Prof Yeah said.  – Source: CNA