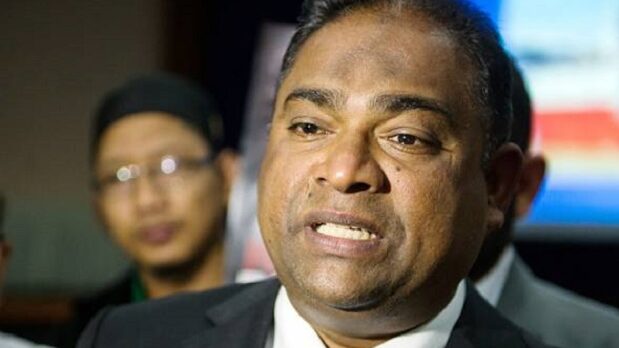 KUALA LUMPUR — Former Tabung Haji chairman Datuk Seri Abdul Azeez Abdul Rahim was today given a discharge not amounting to an acquittal (DNAA) by Sessions Court on nine charges, comprising three for corruption and six for money laundering, in connection with road projects in Perak and Kedah.

Judge Azura Alwi made the ruling after deputy public prosecutor Aslinda Ahad requested the court to discharge without acquitting the Baling Member of Parliament under Section 254 (3) of the Criminal Procedure Code following a representation submitted by Abdul Azeez.

“The court opines that every case needs to be differentiated based on facts and the main issue is the discretionary power under Section 254 of the Criminal Procedure Code whether a DNAA or DNA order should be given against the accused.

“In exercising that power, the court needs to balance public interest and the rights of the accused as provided under the Federal Constitution.

“Therefore, the court orders that the accused be released without being acquitted of the charges,” he said when the case came up for mention. — Bernama

KUALA LUMPUR — Sabah Umno chief Datuk Seri Bung Moktar Radin and his wife Datin Seri Zizie Izette Abdul Samad, who were supposed to enter their defence today in their joint corruption trial in connection with Felcra Berhad, have been granted a temporary reprieve.

High Court judge Collin Lawrence Sequerah ordered a stay on the trial pending disposal of their application for a review of the Sessions Court order requiring them to answer the charges, news portal Free Malaysia Today reported this afternoon.

Deputy public prosecutor Faridz Gohim Abdullah was also reported not to have objected to the couple’s application to pause their trial.

Bung Moktar was charged with three counts of accepting bribes totalling RM2.8 million as an inducement to obtain Felcra’s approval to invest RM150 million in Public Mutual unit trusts on May 3, 2019.

Bung Moktar was the non-executive chairman of Felcra when the offences were allegedly committed seven years ago.
His wife Zizie was charged with abetting him.

On September 2, Sessions Court judge Rozina Ayob ordered Bung Moktar and his wife to enter their defence after ruling that the prosecution had passed the prima facie test in the case.

But the couple later fled a motion at the High Court for a review of the Session Court order, under Section 323 of the Criminal Procedure Code.

In the motion, they claimed two key prosecution witnesses — Madhi Abdul Hamid and Norhaili Ahmad Mokhtar — were treated as hostile witnesses, and that “this was contradictory to the findings made by the Sessions Court judge”.

The news portal reported that the Sessions Court has scheduled September 26 as the new mention date for updates on Bung Moktar and Zizie’s review application. MALAY MAIL