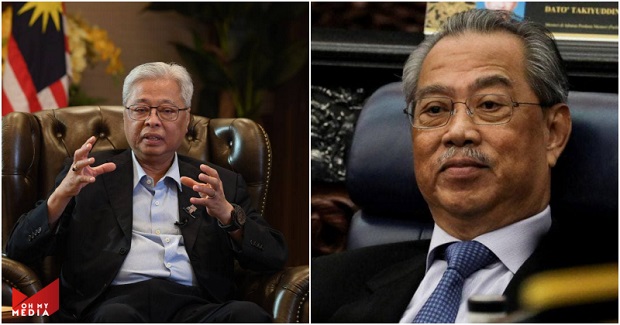 KUALA LUMPUR: The prime minister’s political secretary has brushed-off a study which claimed the public was more satisfied with the leadership of Muhyiddin Yassin than that of Ismail Sabri Yaakob.

Syed Fazmi Sayid Mohammad said the number of respondents surveyed did not reflect the sentiment of Malaysians in general.

“We have 32 million citizens and if only 2,000 to 3,000 were surveyed it doesn’t paint the actual picture,” he told reporters here today.

Syed Fazmi was responding to research conducted by Merdeka Center, which was cited by Bersatu president Muhyiddin’s aide Marzuki Mohamad.

Marzuki had cited the study when replying to criticism levelled at Muhyiddin by economic director in the Prime Minister’s Office, Shahril Hamdan.

According to the study, Muhyiddin enjoyed a 67% approval rating compared with Ismail’s 45%.

Syed Fazmi added that the research could be disputed.

“If we are talking about research, there are many studies that have been conducted. I can carry out one too.”

He noted that since Ismail succeeded Muhyiddin in August last year, economic growth had increased.

Syed Fazmi also said unemployment rates had dropped to 3.8%, while inflation was under control since borders were reopened following the Covid-19 pandemic.

“If some people say we have failed, we can prove that the government is on the right track to recovery.”