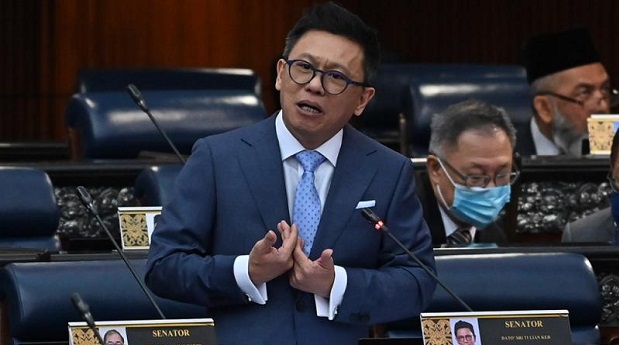 Where is the Islamic spirit of forgiveness, deputy minister asks Najib haters

Deputy Youth and Sports Minister Ti Lian Ker questioned why there was no sympathy given to Najib Abdul Razak, especially among Malays and Muslims.

This comes after a backlash over allegations that the jailed former prime minister is receiving preferential treatment via the healthcare system.

Taking to Twitter this morning, Ti who is also an MCA vice-president, said he did not understand why there was so much hate against politicians.

“There are some who relentlessly want to see Najib be tortured and suffer in prison.

“Is it not enough to have his mind, body and spirit tortured?

“Where is the culture of forgiveness of the Malays and Islam?” he asked.

Two weeks ago, Najib was sent to the Kuala Lumpur Hospital (HKL) over stomach ulcers – which his family claimed were stress induced.

The Pekan MP was discharged but was re-admitted to HKL last week after he fell ill again due to blood pressure issues.

Following this, viral allegations emerged alleging that Najib – codenamed “merpati” (pigeon) – would be sent to the Cheras Rehabilitation Hospital (CRH) so that he can have more access to visitors, among other privileges.

The Prison Department confirmed yesterday that Najib was moved to the CRH on Monday but assured he would be sent back to Kajang Prison once he is given medical clearance.

Health Minister Khairy Jamaluddin said the former premier has a condition that required physiotherapy and stressed that there was no preferential treatment.

It is unclear what Najib was suffering from, as the Health Ministry is unable to disclose it due to patient confidentiality.

His family has also not spoken on the matter.

Meanwhile, in a separate statement, DAP central executive committee member Syahredzan Johan called on Home Minister Hamzah Zainuddin to address allegations that RM3.5 million had been allocated to manage Najib while he is in Kajang Prison.

The “merpati” message alleged that the rest of the funds are to manage Najib’s health and transportation needs.

Syahredzan said that under Budget 2022, only RM12.4 million had been allocated to renovate and upgrade prisons in the entire country.

Hence, he questioned how RM3.5 million could be allocated to maintain just one prisoner.

“Such a large allocation should be used to upgrade prisons as a whole in the country,” he said. MKINI

KUALA LUMPUR: Religious affairs minister Idris Ahmad said Muslims in the country must abide by a local mufti’s stand on the use of “rest in peace” when offering their condolences to non-Muslims who have died.

“We will stick to our mufti’s take,” he said on the sidelines of an event here today when asked to comment on a prominent Turkish scholar’s view on the matter.

Two days ago, the office of federal territories mufti Luqman Abdullah issued a statement prohibiting Muslims from saying “rest in peace” as Muslims were not allowed to pray for forgiveness for non-Muslims, as prescribed in several hadiths.

According to the mufti’s office, “rest in peace” or “RIP” is a form of prayer and Muslims are forbidden from uttering it.

However, Mustafa Akyol, a senior fellow at the Cato Institute’s Center for Global Liberty and Prosperity – a US-based think tank – disagreed, citing two Quranic verses to back his argument.

Akyol also said the statement by the mufti’s office reiterated the common view among Muslims today about the afterlife – that non-Muslims would go to hell and that Muslims were not allowed to pray for their souls.

But he said such views existed because mainstream Islamic traditions, created in an age of religious conflict and supremacism, could not accept the “tolerant, universalist message of the Quran”. FMT