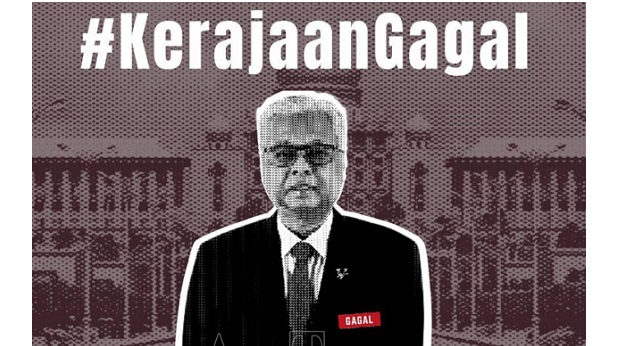 Ten ministers who have failed Malaysians

As Prime Minister Ismail Sabri Yaakob leaves for a one-week sojourn to New York to lead Malaysia’s delegation to the 77th session of the United Nations General Assembly, he could take time during his long plane ride to reflect on the performance or lack of performance of his Cabinet.

In my view, 10 ministers in Ismail Sabri’s team stand out for failing to make the grade.

The most outrageous scandal involved the payment of RM6 billion without a single ship being delivered. Hishammuddin had even launched an incomplete LCS in 2017 with RM400,000 worth of false mast that was then disposed of.

And then we have the three ministers from PAS; namely Minister in the Prime Minister Department Idris Ahmad, Energy and Natural Resources Minister Takiyuddin Hassan and Environment and Water Minister Tuan Ibrahim Tuan Man.

Tuan Ibrahim has not been effective at all in dealing with the ferocious floods affecting the nation. Johor Umno deputy chief Nur Jazlan Mohamed had described them as low-quality ministers (menteri cap ayam), who were dragging the government down with their incompetence.

Five, Human Resources Minister M Saravanan for failing to fulfil his promise to resolve the shortage of migrant labour, with only 47,000 foreign labour brought in, a mere success rate of only 12 percent of 385,000 approvals given by him since January this year.

Six, Transport Minister Wee Ka Siong for stubbornly insisting on refusing to grant an exemption to the cabotage policy that would allow foreign vessels to repair submarine cables, causing losses in digital investments worth billions and getting his facts tragically wrong on the recent helicopter crash in Bidor.

Seven, Women, Family and Community Development Minister Rina Harun for failing to defend the dignity of women and turning a blind eye to gender discrimination.

Eight, Communications and Multimedia Minister Annuar Musa for his abysmal failure to stem inflation when he took over the special Cabinet task force against inflation in June.

This led Bank Negara Malaysia to raise the overnight policy rate by 25 basis points to 2.5 percent to control inflation.

Shahidan forgot that Kuala Lumpur is an international city and adopted extremist policies from PAS by taking steps toward banning concerts by international artists and curbing the sale of alcohol in traditional Chinese medicine halls.

So, will Ismail Sabri do the right thing against the failed ministers to lessen the suffering of Malaysians, or will he choose to call for general elections this year to cover up for the failed performance of his government?