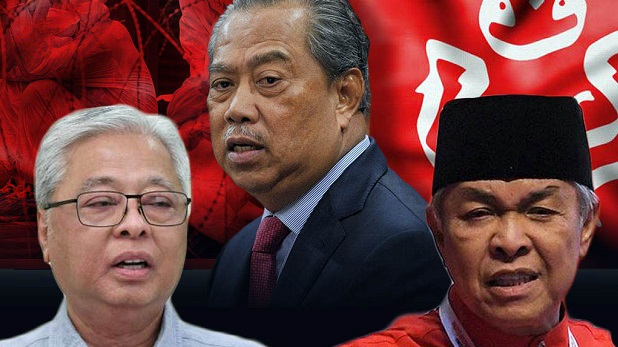 Cabinet at odds over having GE15 this year – report

Cabinet did not come to a consensus on whether the 15th general election should be held this year, according to Utusan Malaysia.

Citing an anonymous cabinet minister, the Malay daily said ministers from Bersatu and PAS were among those who objected to having polls this year.

The report claimed that these ministers wanted the government to focus on flood management and the economy first.

Some ministers were reportedly against holding the election before Budget 2023 was tabled on Oct 7. The cabinet met yesterday.

However, cabinet ministers from Umno were supportive of having the election as soon as possible.

According to the Federal Constitution, the Yang di-Pertuan Agong can dissolve Parliament on the advice of the prime minister.

However, the constitution also states that the Agong can withhold consent.

Meanwhile, Utusan cited Environment and Water Minister Tuan Ibrahim Tuan Man stating that the cabinet did not decide on an election date and instead only talked about flood management preparations and economic recovery.

He added that Muhyiddin, who is also the National Recovery Council (NRC) chairperson, should be aware of the negative consequence of his remark on the country’s image.

“His apparent attack on the prime minister feels like sabotage against the coalition government.

“How are foreign investors to trust Malaysia as an investment destination when Muhyiddin says something bad about his own government?” he said on Facebook, adding Muhyiddin should do some self-reflecting as well.

The Bagan Datuk MP said it was troubling when government leaders pointed fingers at each other over certain issues, making it hard for the country to recover from Covid-19 induced problems.

As such, he claimed that Muhyiddin’s criticism of the prime minister showed the nation was still plagued by political instability.

“This instability makes it difficult for the government to function as a team in facing current and future challenges,” Zahid said.

Citing an example, he said a total of 10,317 individuals were declared bankrupt since March 2020, with 37,415 businesses forced to shut down due to the economic fallout caused by Covid-19.

“Economic recovery process in the post-pandemic era is not progressing well as we had allowed a body led by him (Muhyiddin) to do the job,” he said.

Zahid added that Pakatan Harapan cannot be trusted to rejuvenate the economy as well, claiming the damage was initially caused after the coalition won the general election in 2018.

“Ironically, Muhyiddin was also part of the Harapan administration at the time,” he said, adding it was not tenable for an individual who had made many mistakes to accuse another individual of failing.

Hence, the Pagoh MP added that it was probably for the best if the general election took place soon so that the new administration can tackle the economic issues.

However, Ismail Sabri hit back by saying that if the government had failed to manage the economy, Muhyiddin and his party should shoulder some blame too, given they are also part of the administration.  MKINI