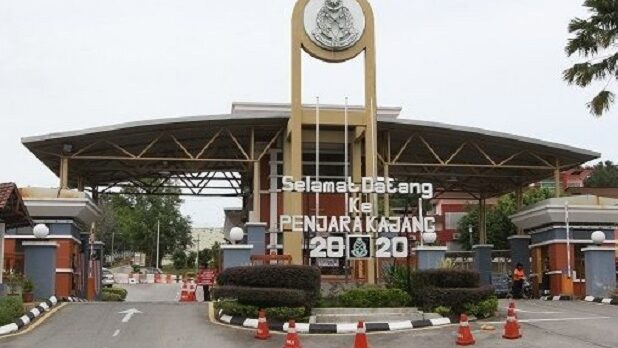 Khairy: Najib requires physio, will be sent back to Kajang prison

Najib Abdul Razak was transferred to the Cheras Rehabilitation Hospital in Kuala Lumpur because he required physiotherapy, according to Health Minister Khairy Jamaluddin.

He stressed that the former premier, who is serving a 12-year prison sentence for corruption, has not been accorded special treatment.

However, the minister did not provide details regarding Najib’s ailment.

On a related matter, Khairy also disclosed that he ordered Kuala Lumpur Hospital (HKL) to conduct an investigation into a tweet allegedly by one of its doctors who treated Najib and revealed information regarding the latter.

“(There is) no special treatment. There was a request by the deputy public prosecutor for proceedings to be adjourned so Najib can receive the required medical attention.

“Following this, he was referred to HKL where he was treated for his medical condition and he went through a battery of tests.

“Now subsequent to that, he was referred to the Cheras Rehabilitation Hospital because of the follow-up treatment that requires physiotherapy.

“And part of that is of course to teach him how to do it himself, because he will be discharged once the specialists are satisfied that he no longer requires to be admitted,” Khairy told a press conference this evening.

He said Najib’s access to medical facilities was in line with the ministry’s standard operating procedures, where the same treatment was also given to other prisoners who required it.  MKINI

Opposition leaders have warned the government against pressuring medical officers treating Najib Abdul Razak to act against their will.

This is amid allegations that the public healthcare system was being abused to give the convicted former premier – who is supposed to serve 12 years in jail – preferential treatment and liberties.

“The Health Ministry should address such allegations, and allow medical professionals to carry out their duties without interference.

“All medical decisions should be made purely on medical considerations, not others,” he said.

Yii, who chairs the Parliamentary Select Committee on Health, said while prisoners should get healthcare, no one should get preferential treatment.

Najib has been in and out of hospital after being sent to jail late last month.

Two weeks ago, he was sent to the Kuala Lumpur Hospital (HKL) over stomach ulcers – which his family claims were stress induced.

He was later discharged but was re-admitted to HKL last week after he fell ill again due to blood pressure issues.

Following this, viral allegations emerged alleging that Najib – codenamed “merpati” (pigeon) – would be sent to the Cheras Rehabilitation Hospital (CRH) so that he can have more access to visitors, among other privileges.

There were also allegations that Najib’s cell at the Kajang Prison had been renovated.

The Prison’s Department confirmed today that Najib was moved to the CRH on Monday, but assured he would be sent back to Kajang Prison once he is given medical clearance.

Klang MP Charles Santiago, questioned what need was there for Najib to be treated at a rehabilitation centre over ulcers and high blood pressure.

He said moving the Pekan MP to CRH raised many questions of governance that Home Minister Hamzah Zainudin – who oversees prisons – and Health Minister Khairy Jamaluddin should address.

“I recognise that Prime Minister Ismail Sabri Yaakob had said to give Najib the best healthcare but does the best mean breaking the law?” Charles asked.

He said if Najib was given more freedom as a prisoner while at the CRH, this would essentially violate prison rules.

Using the health system to circumvent Najib’s time in prison also puts public health officials in a “very difficult position”, which may force them to act against their will, the DAP lawmaker added.

As such, Charles said the government must be transparent on the matter by disclosing the logbook on Najib’s movements in and out of prison, as well as the visitors he received.

He said if the government, Hamzah particularly, did not address such allegations soon, then police reports or a public inquiry to probe the matter are warranted.

He said it would be shocking if any pressure was being applied on the health officials to give the Pekan MP preferential treatment.

“If you are an ordinary prisoner, never in a million years will you get such preferential treatment.

“The home minister and Prisons Department director-general must come out with a strong statement that such pressures are completely unacceptable,” Lim said.

He said access to Najib and doctors at HKL or CRH must be limited to immediate family members or lawyers.

On whether there was a need for an independent panel of medical experts to evaluate Najib’s health, Yii and Charles said it was not necessary.

Yii said it was sufficient for medical professionals at CRH to keep an eye on Najib – if they are allowed to operate independently.

However, in the event that the doctors and nurses are facing undue pressure, Lim opined that such an independent panel would be necessary. MKINI