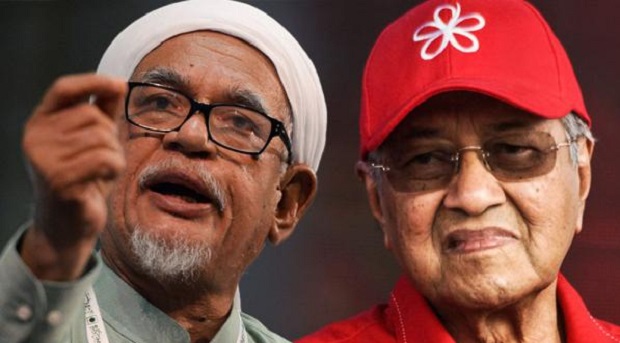 PAS is against holding GE15 this year, says veep

KUALA LUMPUR— PAS vice-president Datuk Idris Ahmad said the party’s representatives in the government will suggest for the 15th General Election (GE15) not be held this year.

“There is no need to hold GE15, especially when it is (nearing) flood season, we already know there will be floods and it will make it difficult to manage the election,” he told reporters here today.

Idris said PAS would not dissolve the State Legislative Assembly in Kedah, Kelantan and Terengganu until around March 2023 when the term ends.

Yesterday, Prime Minister Datuk Seri Ismail Sabri Yaakob said that matters pertaining to the upcoming GE15 would be among those to be discussed at the Cabinet meeting tomorrow. — Bernama

Former prime minister Dr Mahathir Mohamad once called for a general election during the monsoon season in 1999 – a fact cited by those calling for an election to be held this year.

However, the Pejuang chairperson warned that doing the same this year would put lives at stake due to the impact of climate change.

“The country is experiencing climate change which causes extraordinary disaster to the point that houses are covered by water.

“In the past, it was fine to hold an election at the end of the year. There were floods but it was not extraordinary.

“But if you hold (election) now, maybe the people will die because of floods,” the nonagenarian said during a get-together with local artistes at the Perdana Leadership Foundation in Putrajaya today.

Umno chief Ahmad Zahid Hamidi has demanded that the election be held this year, saying that BN would be ready to wade through flood waters if it happens.

Prime Minister Ismail Sabri Yaakob has said that the election would be held “soon” but has not given a definitive date.

Besides being dangerous, Mahathir said flooding during polls could also deny voters their rights.

This is because those affected by floods may find it difficult to make their way to polling stations to cast their votes.

As such, he said it would be wiser to wait until the monsoon is over before calling for an election. MKINI

If Perikatan Nasional (PN) chairperson Muhyiddin Yassin thinks the government has mismanaged the economy, he should tell ministers from his coalition to withdraw support for Prime Minister Ismail Sabri Yaakob.

Putting forward the challenge, Umno Youth chief Asyraf Wajdi Dusuki said the country’s economy today is actually far better than it was during Muhyiddin’s “half-baked lockdown” when the latter was prime minister.

“Who’s the chairperson of the National Economic Recovery Council? Aren’t all of them from the ‘flower’ party?” Asyraf said in a statement posted on Facebook today, referring to Bersatu, of which Muhyiddin is president.

For the record, the senior minister Asyraf was referring to is Bersatu’s Azmin Ali, while the latter is Muhyiddin himself.

Asyraf further questioned whether Muhyiddin would also dub Finance Minister Tengku Zafrul Abdul Aziz, who has held the finance portfolio since Muhyiddin’s time, a failure too after the latter joined BN.

“Most importantly, if Muhyiddin is confident that today’s government has failed to manage the economy, and has to call for the 15th general election (GE15), he should ‘man up’ and immediately instruct his people who make up part of today’s cabinet to withdraw their support for the PM,” the Umno leader added.

“The days of lockdown are over, but a lot of factories, companies, and businesses are yet to reopen. Even some plantations have gone out of business.

“This is due to labour shortage. What is the PM doing to address this issue? It has been more than a year since (Ismail Sabri) became the PM. Covid is almost gone, but the economic situation is worsening,” said Ashraf said in a statement today.

He was responding to Umno information chief Shahril Hamdan’s remark that Muhyiddin should look in the mirror before chastising his successor Ismail Sabri.

Ashraf further alleged that Ismail Sabri had repeatedly asked the government to look into the effects of the sliding ringgit on the people’s livelihoods, but the calls had been purportedly ignored.

“Muhyiddin strove to ease the people’s burden. Now, under the Umno-BN rule, the economic sector has been reopened, but it is still doing badly, with soaring inflation, withdrawn subsidies, increasing burdens, and unemployment, among others,” he said.

For those reasons, he stressed that the general election should be called as soon as possible so that a more “trustworthy” leader can be chosen to lead the country. MKINI