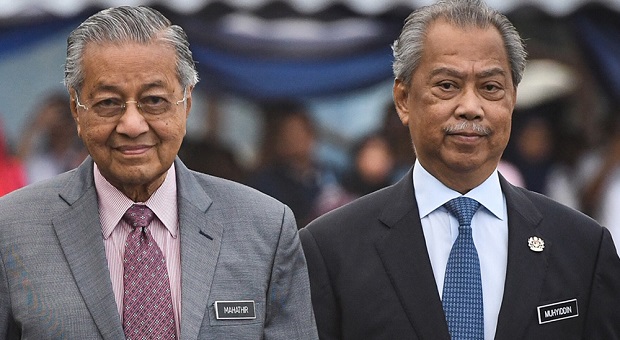 PETALING JAYA: Lawyer Haniff Khatri Abdulla has criticised former attorney-general (AG) Tommy Thomas for claiming that Dr Mahathir Mohamad had resigned as the seventh prime minister because of the impression that his government was not “Malay enough”.

Haniff, who has acted as counsel for Mahathir in the past, said Thomas was ignorant of the Federal Constitution as the then Bersatu chairman had lost the majority support of MPs in February 2020 and had to resign.

“(The Sheraton Move) made it a ‘must’, not a need or want, for the prime minister to relinquish his position, as Mahathir did on Feb 24. It is because he lost the confidence of the majority (of MPs) as the prime minister,” he said in a video posted on Facebook.

Haniff reminded Thomas that Article 43(4) of the Federal Constitution stated that if a prime minister lost the confidence of the majority of MPs, he or she must resign.

“He cannot put politics or anything else above the constitution, he must seek an audience with the Yang di-Pertuan Agong to resign. That is what Mahathir did, after several Bersatu (and PKR) MPs left Pakatan Harapan,” he said, urging Thomas to apologise for his remarks.

Haniff also accused his fellow lawyer of being “racist” when he was the AG, saying this could be seen in his memoirs, “My Story: Justice in the Wilderness.”

“We can see how he sought opinions from non-Malay lawyers (from the private sector), while sidelining the senior lawyers in the AG’s office.

“I leave it to Thomas to state the facts and apologise for his outdated thinking that any Muslim administration will fail”.

At a forum on Saturday, Thomas urged the opposition to get voters to ask themselves whether a “Malay government” had made the country better and more efficient.

He claimed that Mahathir had resigned as prime minister because of the impression that his government was not “Malay enough”. However, two-and-a-half years after Mahathir’s resignation, the Cabinet was dominated by Malays and non-Malays had been sidelined, he was reported as saying.

Thomas has drawn flak over his remarks from Umno president Ahmad Zahid Hamidi and the National Council of Professors. The latter had accused the ex-AG of making racist statements which could affect ties between people of various communities.