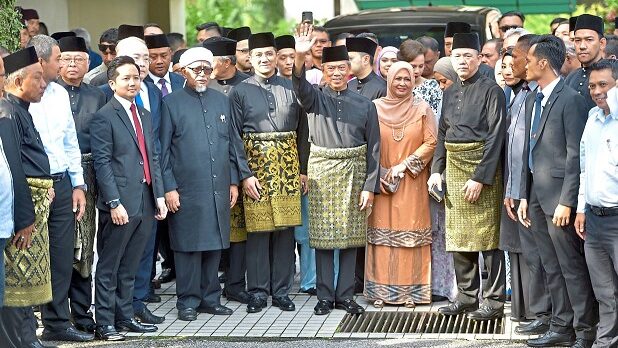 He was referring to Thomas’ suggestion at a recent forum that the opposition capitalises on the perception that the current Malay-dominated government has failed.

“There are also ethnic Indians, Chinese and Dayak (in the PN government). This means Thomas is too obsessed and prejudiced to the point of hurling labels at Malays without looking at the bigger picture,” he added in a statement issued in his capacity as BN chairperson.

Although Zahid said Harapan was led by Malays, he had previously questioned the ancestry of the coalition’s prime minister Dr Mahathir Mohamad, which is now the subject of a defamation suit.

‘This attitude is not new’

According to the Umno president, Thomas has forgotten how he was appointed as attorney-general by the Yang di-Pertuan Agong despite being criticised for his lack of proficiency in the national language.

“This attitude is not new. In his (Thomas) book, he claimed that Malay-centric parties bring disastrous consequences. He should not make sweeping statements as it displays his prejudice and gives the impression that he is Malayphobic.

“As Malaysians, we need to reject this racist attitude which can threaten racial harmony. Appreciate the phrase, ‘united we stand, divided we fall’,” he added.

During Harapan’s brief 22-month reign, its Malay-Muslim political rivals had often accused the coalition and the predominantly Chinese DAP of sidelining the interests of the race and Islam.

This then led Umno, PAS and Bersatu to form an alliance and stage a political coup, resulting in the toppling of the Harapan government.

However, cracks soon appeared in the new PN government and Mahathir’s successor, Muhyiddin Yassin, was forced to step down after 17 months.

He was succeeded by Umno’s Ismail Sabri Yaakob.