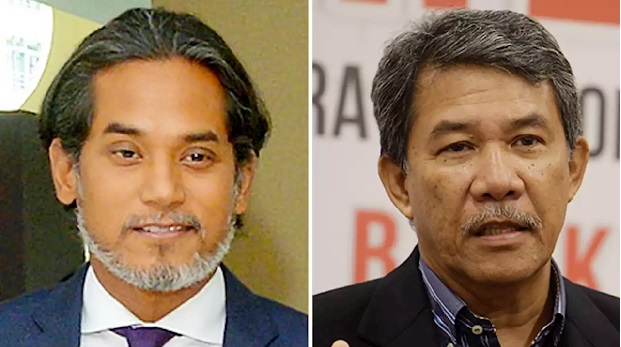 Health Minister Khairy Jamaluddin has admitted he has been isolated in Umno and has been viewed negatively by fellow party members.

Responding to rumours that he is quitting the party, the Rembau MP, however, said he remains steadfast with Umno.

“I was elected Youth chief but not appointed in the cabinet and was isolated, but I remained with Umno.

“When we lost in the 14th general election, and there were all sorts of political prosecution, I remained with Umno.

“I lost in the Umno presidential race and was viewed differently, but I’m still with Umno.

“I now have to look for a new area (to contest in), but I’m still with Umno. Don’t worry. Umno then, now, and forever,” he said on Instagram.

Khairy said he prefers not to entertain such rumours, but was forced to make a statement after receiving many messages asking him about it.

This comes amid reports that the former party youth chief has been asked to make way for Umno deputy president Mohamad Hasan to contest in Rembau.

Khairy is a two-term MP in Rembau, but Mohamad, who is the Rantau assemblyperson and former Negeri Sembilan chief minister, is the Rembau Umno division chief.

Khairy confirmed he will make way for Mohamad and does not have a constituency to contest in so far.

He said in the worst-case scenario, he may sit out the 15th general election, which is speculated to be within months.