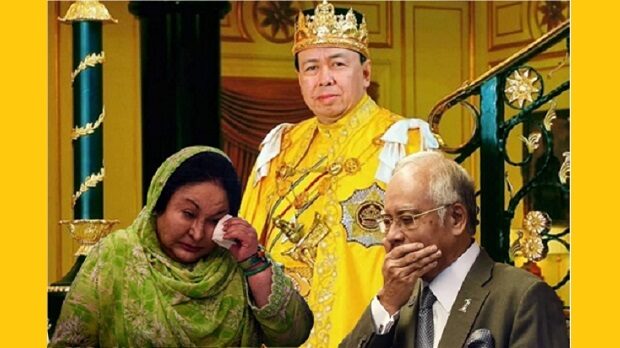 THERE must be consistency. When the Sultan of Selangor ordered state awards bestowed on former prime minister, Datuk Seri Najib Razak, to be revoked, Malaysians found out that they still had to address Najib by his title.

He may have lost his “Datuk” and “Datuk Seri” titles from Selangor, but he still has similar titles from many other states.

The same is true with Datin Seri Rosmah Mansor. Her title, too, was revoked by Sultan Sharafuddin Idris Shah, but like Najib, she received awards elsewhere as well. In any case, if Najib keeps his title, Rosmah is also entitled to still use “Datin Seri” as his spouse.

And before His Royal Highness issued the order last week, and before the Federal Court’s recent decision, Negri Sembilan had already revoked the Datuk Seri Utama title from Najib as far back as 2018. Najib was conferred the title of Datuk Seri Utama Negeri Sembilan or SPNS in 2005.

It remains to be seen if the other Rulers will follow Negri Sembilan and Selangor’s lead, but it’s not looking likely.

The Conference of Rulers or the respective Rulers need to standardise the practice concerning convicted recipients, to protect the sanctity and value of the awards they have conferred.

No one should be seen to receive preferential treatment or consideration because of his or her status, while those who have had their titles revoked may have committed lesser crimes.

It’s never easy to take away titles. There is great reluctance because no one wants to embarrass or hurt the other person, but the institution of the Rulers is far greater than face-saving exercises.

As it is, the perception of many ordinary Malaysians is that there are far too many titled people in this country.

It’s debatable if these recipients even contributed to some of the states from which they received their awards. Many are far too young to be called Datuk, seriously, and it makes a mockery of the entire awards system.

It has been reported a notorious gang of 60 hardened criminals had included four low-level politicians with the titles of Datuk and a Datuk Seri. They were reportedly from the Gang 360 Devan gang and then, there was also the leader of the notorious Gang 24 – a Datuk Seri – who was among 22 men held in other arrests. It’s a mystery whether these gang leaders had their titles withdrawn.

Selangor is an exception. For starters, Sultan Sharafuddin is known to be selective in conferring awards.

His annual honours list is short, and he doesn’t entertain any form of lobbying for such awards.

The Selangor state constitution states that only a maximum of 40 Datuk titles can be conferred each year. Most of the time, the Datuk titles awarded are far fewer than that.

HRH also imposed other strict conditions – including the minimum age of 45 – for a person to be conferred the state’s Datukship and to limit the number of recipients and protect the image and dignity of the awards.

There should also be no double standards in the revocation of awards to those convicted of crime even if it’s at the first level of the court.

If the appeals courts reverse their verdict, the awards can always be returned to the recipients.

A check with the records shows at least 11 personalities had their titles revoked and three others suspended by Selangor.

They include the late tycoon Tan Sri Eric Chia Eng Hock in 2006, following his conviction over the Perwaja Steel scandal.

The award, which carried the title Datuk Seri, was conferred upon Anwar in 1992 when he was deputy prime minister.

A media statement announcing the revocation said Anwar was stripped of the award for “repeatedly questioning the integrity of the Sultan in dealing with the Selangor mentri besar crisis, and also questioning other issues pertaining to Islam”.

The mentri besar crisis in question was the turn of events following the infamous Kajang Move, which saw then mentri besar, the late Tan Sri Abdul Khalid Ibrahim, ousted and replaced by Datuk Seri Muhamed Azmin Ali, who is currently the International Trade and Industry Minister.

The late Tan Sri Ting Pek Khiing, a prominent Sarawakian businessman, had his Datuk title revoked by the Sultan of Selangor in 2011 after the former was declared bankrupt.

Interestingly, Tun Dr Mahathir Mohamad and his wife, Toh Puan Dr Siti Hasmah Dr Ali, chose to return their titles on their own accord in 2017.

Many regarded it as a pre-emptive move as they expected their titles to be taken away.

Tuanku was incensed by derogatory remarks Dr Mahathir made against the Bugis community at the time.

The Royal Council of the Selangor Court had also called for a sedition probe on Dr Mahathir.

The biggest test of leadership – and that includes the royalty – is to make difficult but necessary and just decisions.