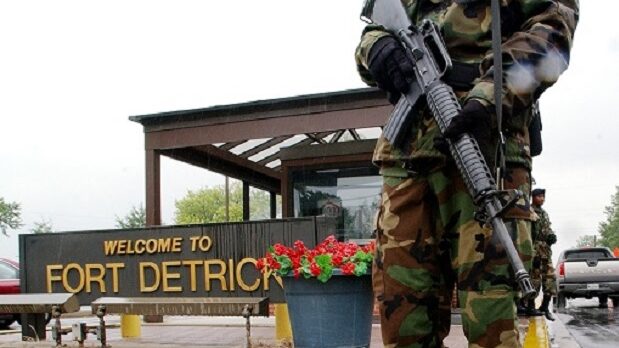 For more than two years, the world was being told by the Western powers, led by the United States, that the Coronovirus was unleashed by the Chinese. Because the WHO (World Health Organization) received the first alerts of cases of pneumonia of unknown cause in Wuhan, China on Dec 30, 2019, it didn’t take much hard work to put all the blames on China.

Against the powerful Western news media, China was fighting a losing battle in its denials. On Wednesday (Sept 14, 2022), The Lancet released an extremely damaging report titled – “Lessons for the Future from the Covid-19 Pandemic” – that says the pandemic may have originated with a pathogen leaked from a US laboratory, instead of China as widely propagated.

The bombshell revelations from the prestigious English weekly medical journal, as expected, has invited criticisms from the West. After all, The Lancet was one of the oldest – the world’s highest-impact medical journal – leading research publications since 1823. It was founded by Thomas Wakley, an English surgeon who named it after the surgical instrument called a lancet.

The 58-page Commission report mentions laboratories in Wuhan, China, where the virus was initially reported to have jumped from animals to humans at a wet market.  But the report also states that “independent researchers have not yet investigated” US labs and that the National Institutes of Health has “resisted disclosing details” of its work on viruses related to SARS-CoV.

While the WHO had sent teams to China to find the source of the virus as early as 6 months since the Coronavirus outbreak, not a single investigation has been launched to investigate whether the outbreak could have originated on American soil because it was easy to point fingers at China. Crucially, why the U.S. NIH has refused to cooperate in disclosing details if they are really innocent?

The Lancet stated in its report that the 28 Commissioners are global experts in public policy, international cooperation, epidemiology and vaccinology, economic and financial systems, sustainability sciences, and mental health. The Commissioners oversaw the work of 12 thematic Task Forces, of which  included a total of 173 experts in producing many Covid-19 reports.

At a conference in Madrid in May this year, the Commission chairman and Columbia University economist Jeffrey Sachs said he was “convinced” that SARS-Cov-2 “came out of a U.S. lab of biotechnology, not out of nature”. In August, he appeared on a podcast hosted by Robert F Kennedy, Jr (a son of U.S. senator Robert F. Kennedy and a nephew of President John F. Kennedy) to discuss his beliefs. 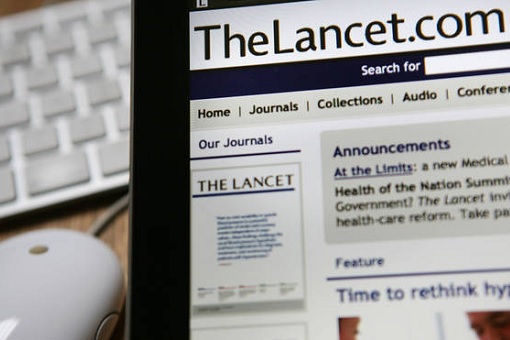 Prof Angela Rasmussen, a virologist at the Vaccine and Infectious Disease Organization in Canada, have slammed the Lancet’s report as “shameful”. Prof David Robertson of the University of Glasgow’s Centre for Virus Research said – “It’s really disappointing to see such a potentially influential report contributing to further misinformation on such an important topic.”

However, none of those so-called experts could explain why the U.S. should not be fairly investigated if indeed the objective is purely science and medical – not political – to prevent another similar outbreak. Exactly why the Western scientists have no problem believing that the virus must have originated from China, but go ballistic at the suggestion that it could also originate from the U.S.?

Defending the report, Prof Sachs said – “Everybody has signed off on the final text. The question of a possible laboratory release mostly involves the question of US-China joint work that was underway on SARS-like viruses”. The Commission made 11 recommendations, including stronger regulation of the wild animal trade, the creation of a new WHO biosecurity oversight authority and better international coordination. 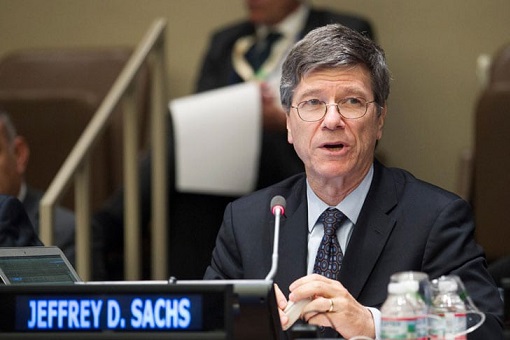 While China is being blamed for the pandemic, researchers at the University of Barcelona found traces of the virus when testing untreated wastewater samples dated March 12, 2019 in Spain. Another study by the Italian National Cancer Institute found that the Covid-19 was already circulating in the country since September 2019. Those cases were months before the first case detected in China.

The “lab leak” theory gained traction after U.S. President Donald Trump suggested that the Covid-19 originated in a laboratory in Wuhan, China. Calling it the “China Virus” or “Chinese Plague” for months during his presidency, it was Trump’s political distraction. Blaming the Chinese was a simple, yet effective tactic to divert gullible Americans attention from his mishandling of the pandemic.

Neither Donald Trump nor Joe Biden has presented evidence to support the rhetoric that the virus came from a Chinese lab. In fact, early in the pandemic, researchers dismissed lab-origin notions as “conspiracy theories” in a letter in The Lancet. A report from a WHO “joint mission”, which sent a scientific team to China to explore possible origins with Chinese colleagues, described a lab accident as “extremely unlikely“. 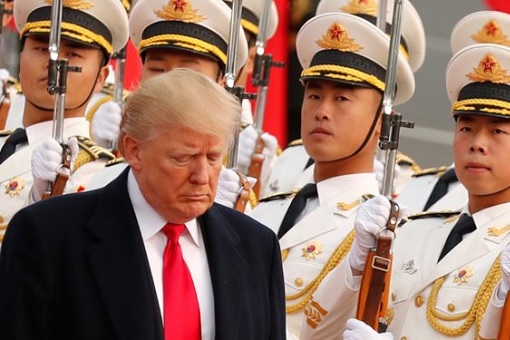 Amusingly, even top US general Mark Milley had raised his doubt, saying that American intelligence suggested the Coronavirus was likely to have occurred naturally instead of manufactured in a laboratory. Besides China, Trump had also diverted attention to the WHO and cut US$400 million funding to the World Health Organization, accusing it of helping China cover up the outbreak.

Interestingly, an unclassified briefing document on the Coronavirus has been revealed by the U.S. military showing that as early as Feb 3, 2020, the United States Army had warned the White House that the pathogen could kill at least 150,000 Americans. The document -“Black Swan” analysis – which was prepared on Feb 3 had projected that between 80,000 and 150,000 people could die.

Taking over from his predecessor, newly installed President Biden decided to continue the anti-China policy. Like Trump, Sleepy Joe is committed to a distinctly anti-China global strategy rooted in fears of American decline. Biden swears that China will not become a world leader. So, he ordered the U.S. intelligence community to confirm that the virus may have escaped from a Chinese laboratory.

In August 2021, after 90 days of investigations, all the U.S. intelligence agencies concluded that there is still no evidence to point finger at China as the exact origin of Covid-19. Not only all the U.S. spy agencies failed to conclude whether the new Coronavirus had jumped to humans naturally, or via a lab leak, the report also found that the virus was not developed as a biological weapon.

In retaliation to the U.S. relentless determination to find fault with China, the Chinese have instead called WHO and the international community to open an investigation of the Fort Detrick bio-laboratory, claiming that the Covid-19 virus could have originated from an American military base in Maryland, about 80 km (50 miles) north of Washington DC.

Formerly the centre of the US biological weapons programme (1943-1969), Fort Detrick currently houses biomedical labs researching viruses, including Ebola and smallpox. The Chinese media argues that it makes more sense that Fort Detrick, home to US Army Medical Research Institute of Infectious Diseases (USAMRIID), was the source of the Coronavirus outbreak rather than the “Wuhan lab leak” theory.

In August 2019, its deadly germ research operations were abruptly shut down following serious safety violations. That incident has been connected to the virus’s origins to a U.S. Coronavirus expert, Dr Ralph Baric, and researchers at Fort Detrick. Apparently, Baric and his team, including researchers from the Wuhan Institute of Virology in China, were leading the charge in studying bat Coronaviruses. 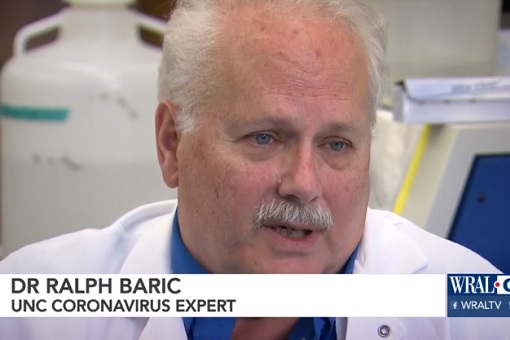 Known as “The Coronavirus Hunter”, American scientist Baric has been tracking the virus for decades, working on medications to treat Coronavirus-caused infections. In 2003, a published paper, of which Baric was a co-author, showcased the power of “reverse genetics” technique, which could bring an actual virus to life from its genetic code and “mix and match” parts of multiple viruses.

Another reason to suspect that the Covid-19 virus could have originated from the U.S. was a discovery by Peter Forster, a geneticist at the University of Cambridge. In April 2020, the UK and German researchers discovered 3 distinct “variants” of Covid-19, consisting of clusters of closely related lineages, which were labelled as “Type-A”, “Type-B” and “Type-C”.

Through mapping some of the original spread of the Coronavirus through its mutations, and successfully reconstructed an early “evolutionary paths” of the Covid-19, the paths show how the virus mutated to “type-A”, “type-B” and “type-C”. Forster said – “These techniques are mostly known for mapping the movements of prehistoric human populations through DNA”. 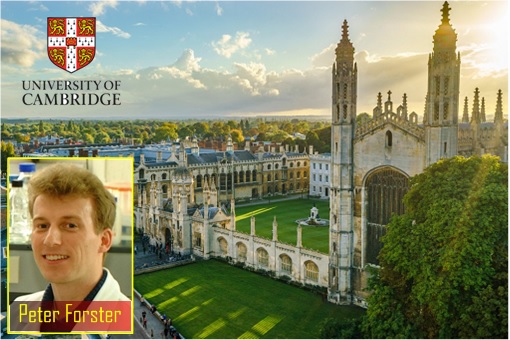 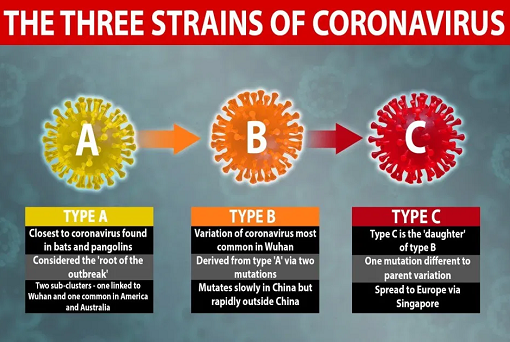 Forster and his team found that “type-A” – supposedly the “original human virus genome” – was closest to the Coronavirus discovered in bats and found in Wuhan, the epicentre of the initial outbreak. But surprisingly, the type-A was not the Chinese city’s predominant virus type. Instead, the most common variant found in Wuhan was “type-B”.

Variant “A”, most closely related to the virus found in both bats and pangolins, is described as “the root of the outbreak” by researchers and scientists. Type “B” is derived from “A”, separated by two mutations, then “C” is in turn a “daughter” of “B”. Stunningly, Type A was found in Americans who had lived in Wuhan, and in other patients diagnosed in the United States and Australia.

Here’s the burning question – why Americans who had lived in Wuhan had “type-A” of Covid-19, the root of the outbreak, but Chinese infected in Wuhan had the “type-B”, which can’t exist without type “A”? The “Phylogenetic” network analysis done by the University of Cambridge has raised the red flag that the virus may have originated or leaked by the Americans instead.