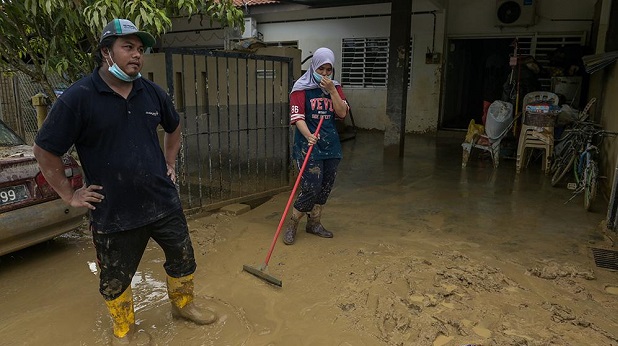 Khairy dismisses claims Najib will be referred to IJN

He said prisoners need to undergo treatment at government hospitals according to the stated procedures.

“The procedure is to refer inmates to government hospitals and in Najib’s case Health Ministry director-general Tan Sri Dr Noor Hisham Abdullah had decided that he (Najib) be sent to Hospital KL (HKL) on Monday,” Sinar Harian quoted Khairy as saying.

Former prime minister Najib Abdul Razak’s blood pressure medication was not changed as he was given generic medication by the Kuala Lumpur Hospital (HKL) that was made of the same formula as the medication he had previously been taking.

Health Minister Khairy Jamaluddin told a press conference today that a statement alleging Najib’s medication had been changed did not properly present the full picture.

“He used to purchase his medication from a private hospital. When he was admitted to HKL, we gave him medication that government hospitals give.

“The medicine is the same, the formula is the same. The shape is just generic,” said the Rembau MP.

He emphasised that Najib is in stable condition and will remain in HKL despite rumours that he might be transferred to the National Heart Institute.

The former premier, however, will undergo another round of tests following claims that he was suffering from stomach ulcers and high blood pressure.

“Najib appears to be in a satisfactory condition to be sent back, and his doctors are ordering additional tests to clarify his condition,” said Khairy, stressing that the former prime minister was being given the best possible treatment.

He said the claim that the medication was changed made it seem as though it was a totally different drug.

Najib – who is serving a 12-year jail sentence – was admitted to the HKL on Monday, Sept 4 for a stomach-related illness.

A biopsy performed then also led to some bleeding and an ulcer had to be clipped to stop the bleeding, she said.

Nooryana alleged that Najib had asked to be admitted but the hospital discharged him instead.

She also alleged that the hospital gave him a different medication than what he is used to.

Health director-general Dr Noor Hisham Abdullah disputed the family’s claim, saying that Najib was in good health when he was discharged.

He also said that tests were conducted on Najib by experts, including heads of departments.  MKINI