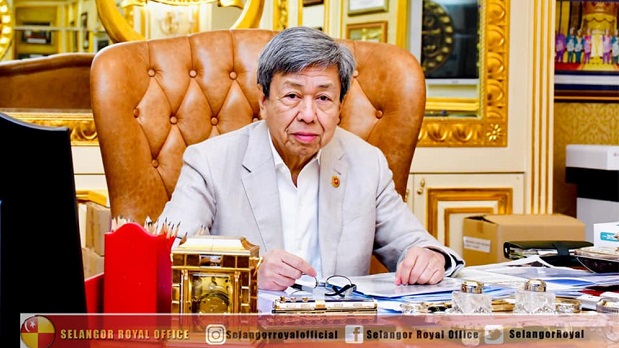 The revocation is effective today and is due to the couple being convicted in court.

A statement from Selangor state secretary Haris Kasim stated that the removal of honours was in line with the sultan’s prerogative to do so under the state constitution and statute on titles.

Najib is currently serving a 12-year sentence at the Kajang prison after the Federal Court upheld his conviction in the SRC International case while Rosmah was recently found guilty of corruption by the High Court.

The monarch had previously suspended the titles for Najib and Rosmah in 2019, pending the outcome of their court case.

Meanwhile, Rosmah was conferred the SPMS Kelas Pertama, which carries the title Datin Paduka Seri, in 2005.

The couple have also had their titles stripped in Negeri Sembilan in 2018.

However, the couple still has numerous Datuk Seri titles from other states.

Arif was awarded the Sultan Sharafuddin Idris Shah (DSIS) award in 2005 which carried the title Datuk.

He was convicted in 2018 for abetting his son to accept a bribe of S$200,000 (RM645,000) from a solar power company to secure a government project, and sentenced to three years’ jail and a fine of RM3 million.

The Kuala Lumpur High Court upheld the sentence against him in 2021, although he is still free on bail pending appeal.

The statement cited his conviction as grounds for his title to be revoked.

A check on the government’s directory of award recipients showed that Arif has no other awards that carry a title. MKINI

Selangor ruler Sultan Sharafuddin Idris Shah today called for the public to respect the rule of law and independence of Malaysia’s judicial system.

In a statement, the monarch said the Federal Constitution clearly stipulates all citizens are equal in the eyes of the law regardless of their status and position.

“The independence of the judiciary means judges can make decisions on any case according to the law and based on facts and evidence without any feeling, fear, or favour, and free from any influence.

“Every judge has taken an oath to practice equality, to protect and defend the Constitution, and to be independent of any kind of internal and external pressure,” he said.

Sultan Sharafuddin also said that, according to the Constitution, people are accountable to the same set of laws regardless of status, position, race, and family lineage.

The sultan’s statement, which was issued by the Selangor Palace, did not pinpoint any specific issue.

However, this comes when the judiciary is being questioned by certain quarters following the recent jailing of former prime minister Najib Abdul Razak, who was convicted of corruption-related offences.

The ruler stressed that everyone is responsible to protect the good name of the judiciary so that it does not get tainted by any form of influence or pressure.

He also reminded the executive to always respect the independence of the judiciary and refrain from any attempt to influence the administration of justice.

“The rakyat should have full confidence in the country’s judiciary system and not make any unfounded allegations when they do not understand all the facts and reasons behind the judgement of a case.

“Such allegations that are made without basis would only invite negative perception against the independence of the judiciary and would surely erode the rakyat’s trust in the country’s justice system.

“It will also indirectly affect our country’s good name at the international level,” he said.

The Agong stated that the power to give a royal pardon cannot be simply exercised just to benefit certain quarters.

“The rakyat must understand that the process to give a pardon must be carried out according to the rule of law and procedures which are provided in the Constitution and related laws,” Sultan Sharafuddin said. MKINI