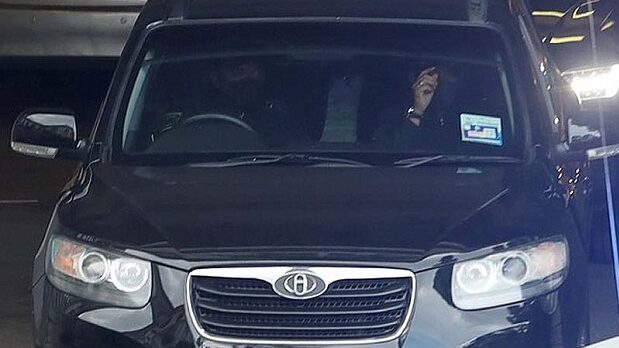 Najib Abdul Razak needed to see the doctor by 2pm this afternoon due to his health condition which was “quite bad”, the Kuala Lumpur High Court heard this morning.

The DPP said a Kajang Prison officer had informed the prosecution that the matter was related to Najib’s blood pressure medication which has changed.

“(The health condition) Has (an) adverse impact (on Najib) and he needs to be sent to the doctor.

“His condition is quite bad. The Prison Department needs to take him to the doctor, latest by 2pm,” said Sri Ram who was applying for an earlier adjournment of the criminal trial.

Sequerah allowed the application, and the trial then proceeded with the ongoing testimony of 37th prosecution witness R Uma Devi, who managed AmBank’s branch at Jalan Raja Chulan, Kuala Lumpur.

Najib is on trial for four counts of abuse of power and 21 counts of money laundering involving RM2.28 billion from 1MDB.

The Pekan MP was alleged to have committed four counts of corruption at AmIslamic Bank Berhad’s Jalan Raja Chulan branch in Bukit Ceylon, Kuala Lumpur, between Feb 24, 2011, and Dec 19, 2014.

The prosecution contended that the wrongdoing at 1MDB was carried out by fugitive businessperson Low Taek Jho (Jho Low) and several others, with Najib’s blessings.

The accused’s defence team, however, claimed that the former premier and finance minister had no knowledge of the crime perpetrated at 1MDB and the embezzlement was solely masterminded by Low and other members of the fund’s management.

Both 1MDB and SRC International are fully owned by the Minister of Finance Incorporated (MOF Inc).

Najib also used to be the chairperson of 1MDB’s board of advisers and served as adviser emeritus to SRC International.

He is currently serving a 12-year jail sentence, after the Federal Court on Aug 23 dismissed his appeal against the SRC International conviction over seven criminal charges, as well as the custodial term and RM210 million fine in lieu of an additional five years in jail. MKINI

Tall tales that were told to cover up 1MDB scandal

Judges make their decisions on the facts before them – nothing else.

No one can influence them and attempts to do so have been summarily dismissed most of the time.

Accusations will be made and attempts will continue to be made by some parties with vested interests to insinuate that judges were biased, especially if the verdict does not go the way they wanted.

This writer will always err on the side of caution and will be especially careful rather than taking a risk or making a mistake and inviting summonses for contemptuous conduct because I am addressing an issue on a case which has been decided and others which are in progress.

I have no interest in influencing the judges but am more interested in informing the masses of the many issues which have surfaced since trials started on financial misconduct on the part of former leaders.

Stored in the archives, there are scores of documents in the form of news reports, commentaries and official reports which weaved a tapestry of lies on the 1MDB scandal.

Some were bare-faced denials, others were unsubstantiated claims and a few invoked the name of the Almighty.

But none could prevent the truth – an avalanche of it when things were unravelled by investigators and adduced as evidence in court.

On Aug 22, 2015 when Ahmad Zahid Hamidi was Umno deputy president, he told the audience – members of the Sri Gading Umno division – he had met the wealthy Arab family who had donated the US$700 million that was channelled into party president Najib Abdul Razak’s personal account.

“When I asked them why they donated US$700 million to Malaysia, they said, ‘Malaysia is not the only country we are channelling our money to. There are many more friendly Muslim countries we are donating to.’

“They want Umno and BN to continue ruling the country,”

The family, he also reportedly said, was impressed by how Malaysia, with its plural society, still managed to remain moderate without side-lining any other religions.

Zahid said he had also met with the investment officer of the wealthy Arab family, who explained how the first US$100 million was given via a cheque under Najib’s name and the rest through other channels.

“I saw the documents myself… the original documents, not photostated ones, and I also saw the money trail,” he added.

Later, opening the Sekijang Umno division meeting in Segamat, Zahid said as deputy prime minister and home minister, he was privy to all information around the country verified by not one but several intelligence agencies.

“I obtained the information accurately and did not add or minus the facts. The conspiracy to topple the government would take place if not stopped. This is the truth. Not an attempt,” he had said.

The naïve and gullible were mesmerised and swallowed his words him – hook line and sinker.

After all, he was No 2 to the highest seat in the land and why should he tell them a fib?

But when the chips were down when his boss was indicted on a slew of charges, there was no one to support his claim of the Arab donation.

Najib was alone and the chest-thumping Zahid who had earlier “met the donor” was not there when he was needed most.

Instead, he was fighting his own battles in yet another court before another judge.

If indeed he “saw the original documents”, Zahid would have been the principal defence witness in Najib’s court case where the donation theory was blown to smithereens.

It is not intended to say that Zahid and others had the propensity not to tell the truth but to show how the tall tales were spun to make support that incredulous theory of an Arab donation.

Even the former attorney-general and the former head of the MACC had used the same script – the money came from an Arab donor.

In the defamation case of Mohamed Apandi Ali v Lim Kit Siang, the donation theory was again demolished and the former endeared admonishment from the court.

Justice Azimah Omar said Apandi’s “actions and inactions (during his tenure as AG) indubitably give rise to “a plethora of harrowing suspicions and questions” which did not “appear out of thin air” but arose from Apandi’s “actions and inactions, directly or indirectly” which “may be seen to have assisted in the cover-up of the 1MDB scandal” and “the personalities involved”.

Even after Najib went to jail, his lawyer Muhammad Shafee Abdullah continued to sing the same song – the source of RM42 million that entered into his client’s bank account was actually a donation from Saudi royals.

Speaking during Umno’s special briefing in Kuala Lumpur on Aug 27, he said: “It is not because he loves Najib, but he really liked how Najib had taken care (sic) of Malaysia.

“Malaysia is seen as one of the countries that do not enforce extreme Islamic values so they (Saudi) wanted to give assistance personally so that Najib could return as the prime minister again during the next elections.”

Why yet another walk in the past? Let me declare, that this issue has to be in the public domain to understand the massive disinformation campaign which began to roll after the 1MDB scandal made the headlines.

When one is already in the slammer and while others wait for their turn, disinformation campaigns will continue with familiar catchphrases like “selective persecution” and “fair trial”.

The lies and half-truths will be conveniently omitted for political expediency and to create a new sloganeering.

These lines will continue to be heard as we approach the general election and discerning Malaysians will definitely know how to separate the wheat from the chaff. MKINI