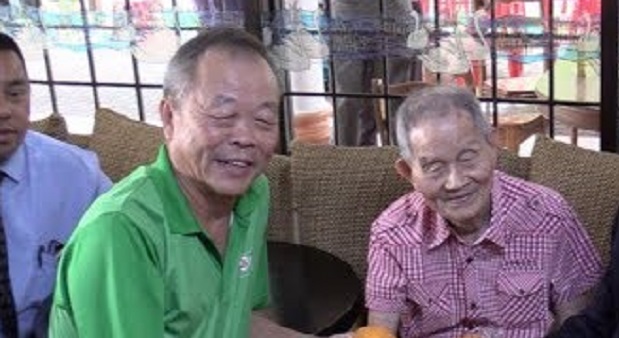 Chin Aun, when contacted, said his father, whose health was deteriorating, was admitted to the Alor Gajah Hospital three days ago and died at 1am on Saturday.

He said his father left behind eight children, including three daughters.

The remains would be brought to his house Jalan Kolam, Alor Gajah for relatives and friends to pay their last respects.

Melaka Chief MinisterDatuk Seri Sulaiman Md Ali, who visited the senior Soh last January, was reported to have said that Tee Tong was the oldest living person in Alor Gajah then.