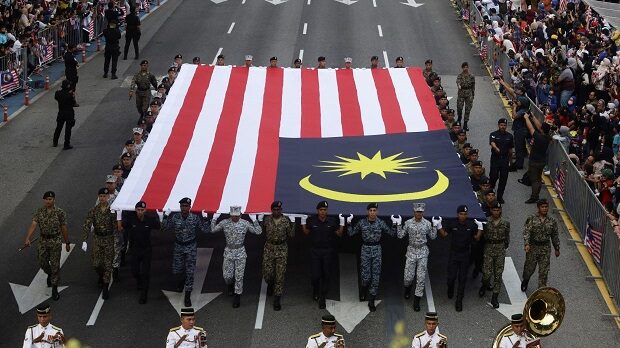 PETALING JAYA: Politicians from across the divide cheered on the 65th National Day celebrations through social media.

Defence Minister Datuk Seri Hishammuddin Hussein paid tribute to the veterans and soldiers in his post.

“To all Armed Forces members and veterans, thank you for the gift of our national sovereignty,” he said.

He added that Malaysians must continue walking together in the spirit of unity.

Health Minister Khairy Jamaluddin tweeted on how well received the Health Ministry contingent was during the National Day Parade.

“The Health Ministry contingent and front liners were celebrated this morning as part of our National Day. It was a lively reception this year,” he said while also sharing news reports on the march.

Similarly, Tourism, Arts and Culture Minister Datuk Seri Nancy Shukri said she was proud of the performances by those involved in Wednesday’s (Aug 31) parade in Dataran Merdeka.

“Congrats to the (ministry) delegation led by Datuk Mohd Zamri Mat Zin, deputy secretary-general (tourism),” she said, adding that the contingent represented various ethnic groups of the country with its costumes.

Parti Pribumi Bersatu Malaysia (Bersatu) president Tan Sri Muhyiddin Yassin said the success of the country transitioning into the endemic phase of Covid-19 was a “Merdeka” moment for the people as well.

“Malaysians can now go on with their lives normally with the economic sector running fully.

“As such this is an accomplishment that should be celebrated and the freedom we enjoy today is something that we should be grateful for.

“As we move into the pre-endemic phase, let us remember our journey in facing the pandemic,” he said.

Meanwhile, DAP secretary-general Anthony Loke said that all should stand united under the Jalur Gemilang on National Day.

“In the spirit of National Day let us stand united under Jalur Gemilang and forget for a moment the political party flags so that we can achieve a bigger agenda for the country’s benefit,” said Loke.

National Day: The celebration’s back at Dataran Merdeka

KUALA LUMPUR: After a two-year hiatus due to the Covid-19 pandemic, the National Day parade is back at Dataran Merdeka.

Thousands of Malaysians have been making their way to Dataran Merdeka here to witness the National Day 2022 celebrations.

LRT stations are full to the brim with Malaysians travelling by public transport to Dataran Merdeka, where the grandstands have been full since 6.45am.

The Jalur Gemilang is expected to be raised at 8.10am followed by the “Malaysian Family Strong Together” theme song and the declaration of the Rukun Negara followed by Various exciting activities.

This National Day 2022 is themed “Malaysian Family Strong Together” and it is being celebrated this Wednesday (Aug 31) from 7am at Dataran Merdeka, where 50,000 visitors are expected to be present.