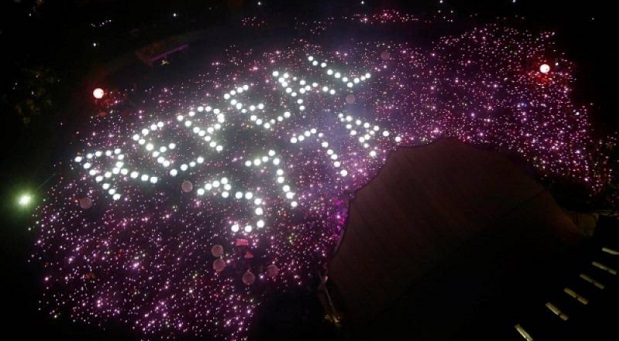 The repealing of Section 377A comes after various attempts from civil society for its abolishment.

SINGAPORE —Singapore will decriminalise sex between men but has no plans to change the legal definition of marriage as being between a man and a woman, Prime Minister Lee Hsien Loong said today.

LGBTQ groups welcomed Lee’s decision to repeal Section 377A of the penal code, a colonial-era law that criminalises sex between men, but also expressed concern that ruling out same-sex marriage would help to perpetuate discrimination.

“I believe this is the right thing to do, and something that most Singaporeans will now accept,” he said.

It was unclear when exactly Section 377A would be repealed.

Singapore becomes the latest Asian country to move toward ending discrimination against members of the LGBTQ community.

Under Singapore’s Section 377A, offenders can be jailed for up to two years under the law, but it is not currently actively enforced. There have been no known convictions for sex between consenting adult males for decades and the law does not include sex between women or other genders.

Lesbian, gay, bisexual, transgender, and queer (LGBTQ) groups have brought multiple legal challenges attempting to strike down the law, but none has succeeded.

Today, several LGBTQ rights groups said in a joint statement they were “relieved” by Lee’s announcement.

“For everyone who has experienced the kinds of bullying, rejection and harassment enabled by this law, repeal finally enables us to begin the process of healing. For those that long for a more equal and inclusive Singapore, repeal signifies that change is indeed possible,” they said in the statement.

But the groups also urged the government not to heed calls from religious conservatives to enshrine the definition of marriage in the constitution, saying this would signal that LGBTQ+ citizens were not equal.

In February, Singapore’s highest court had ruled that since the law was not being enforced, it did not breach constitutional rights, as the plaintiffs had argued, and it reaffirmed that the law could not be used to prosecute men for having gay sex.

Some religious groups including Muslims, Catholics and some Protestants continued to resist any repeal of the law, Lee said.

An alliance of more than 80 churches expressed strong disappointment today over the government’s decision.

“The repeal is an extremely regrettable decision which will have a profound impact on the culture that our children and future generations of Singaporeans will live in,” it said.

Singapore is a multi-racial and multi-religious society of 5.5 million, of whom about 16 per cent are Muslim, with bigger Buddhist and Christian communities. It has a predominantly ethnic Chinese population with sizeable Malay and Indian minorities, according to the 2020 census.

Stressing his government’s continued support for the traditional definition of marriage, Lee said: “We believe that marriage should be between a man and a woman, that children should be raised within such families, that the traditional family should form the basic building block of society.” Singapore will “protect the definition of marriage from being challenged constitutionally in the courts”, he said. “This will help us repeal Section 377A in a controlled and carefully considered way.” — Reuters 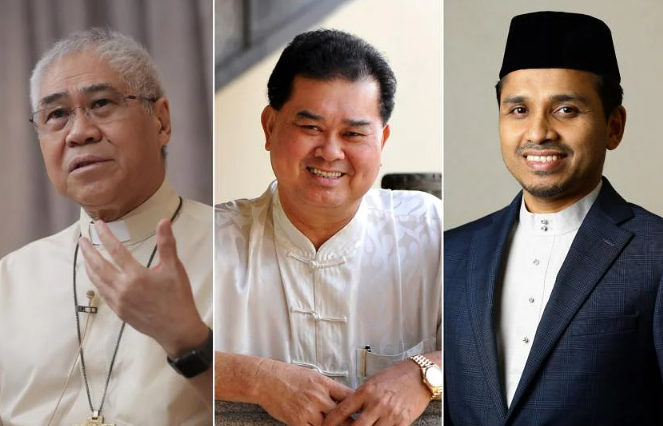 SINGAPORE (The Straits Times/Asia News Network): The decision on whether to do away with a law that criminalises sex between men is one for the Government to take, and the Catholic Church here takes a neutral position on repealing Section 377A of the Penal Code, said Archbishop of Singapore William Goh.

As long as the rights of the church and the religious are protected, and they can continue to teach what they believe is right, the church will not oppose any repeal of Section 377A, he added in a recent interview.

The issue of whether the law should be changed or repealed resurfaced after the Court of Appeal ruled in February that it will stay on the books but cannot be used to prosecute men for gay sex.

The head of the Roman Catholic Church was among religious leaders, Singaporeans and lesbian, gay, bisexual and transgender (LGBT) groups Cabinet ministers have engaged in recent weeks as the Government considers the best way forward on the law.

Religious and LGBT groups have seen this as signalling imminent policy change, and issued statements to state their position.

Responding to questions about the matter, Archbishop Goh emphasised that whether the law should be repealed is for the Government to decide. He said: “For us, we are neutral so long as our rights are protected. That’s all. We don’t want to criminalise people.”

He was referring to the Catholic Church’s rights to maintain its position on marriage as a union between a man and a woman, and that the family unit comprises a father, mother and their children.

Taoist Federation chairman Tan Thiam Lye told The Straits Times when asked: “We neither oppose nor support repeal (of Section 377A).”

Sikh Advisory Board chairman Malminderjit Singh said repealing Section 377A will be a pragmatic move, since the law has not been enforced.

But he added that from the point of view of the Sikh faith, this should be balanced with the strengthening of the concept of marriage and a family unit as being between a man and a woman.

Earlier this year, Singapore’s top Islamic leader, Mufti Nazirudin Mohd Nasir, said in an interview with The Straits Times that the LGBT issue is a very complex matter, but there was also a need to work harder and move faster towards some resolution, as people expect religious leaders to provide guidance on the matter.

Although Islam’s position on homosexuality is clear – that it is not permissible – many values in the religion are rooted in compassion, kindness and inclusivity, even in dealing with prohibitions in religion, Dr Nazirudin had said.

He urged the community not to reject Muslims who do not practise certain aspects of the religion, but instead to find a constructive way of coexisting while reminding one another to uphold the faith.

Census 2020 found that among Singapore residents aged 15 years and above, 31.1 per cent identified themselves as Buddhists, 8.8 per cent as Taoists, 15.6 per cent as Muslims and 5 per cent as Hindus. Those who identified as Christians made up 18.9 per cent, of whom 36 per cent, or 6.7 per cent of the resident population, are Catholics.

The Alliance of Pentecostal and Charismatic Churches of Singapore has cautioned against doing away with Section 377A, describing it as “a marker for many social and moral considerations”.

In a statement last Friday, it warned that repealing the law, “without placing an equally weighted proscription in place”, would lead to wide-ranging negative social consequences, such as rewriting of the norms of acceptable sexual relationships.

It would also spur “a brand of intolerant and aggressive LGBT activism which seeks to impose its ideology upon Singapore society”, said the alliance.

It called on the Government to put in place other “clear moral markers, not ambiguities, of the values that we want promoted, and protected”.

Religious groups have also expressed concern that any repeal could encourage and embolden LGBT activists to push for same-sex marriages to be recognised, and have called for greater protection for marriage.

The alliance, which represents a network of churches, Christian organisations and pastors, hopes that the definition of marriage as a union between a man and a woman will be enshrined in the Constitution.

Last month, about 1,200 people, including Christian and Muslim leaders attended a private gathering called Protect Singapore Townhall to discuss the impact of a repeal, and pushed for safeguards to protect marriage, family, children and the freedom of conscience.

Archbishop Goh, in the interview with The Straits Times and Lianhe Zaobao, also said he hoped people would respect the Catholic Church’s rights to maintain its position on marriage and family.

Christians and Catholics dread the repeal of Section 377A as they fear it might lead to a situation, as in the West, where people are unable to practise what they believe, and cannot even say that a same-sex relationship is wrong, he said.

“But we have to tell our children: for us, it is not acceptable. So we must have the right to continue to teach (this) in our Catholic schools, for that matter.”

He added the Catholic Church’s argument is not against repealing the law.

“We are just saying, we must have the freedom to continue to teach what we believe, practise what we teach as well.”  ANN