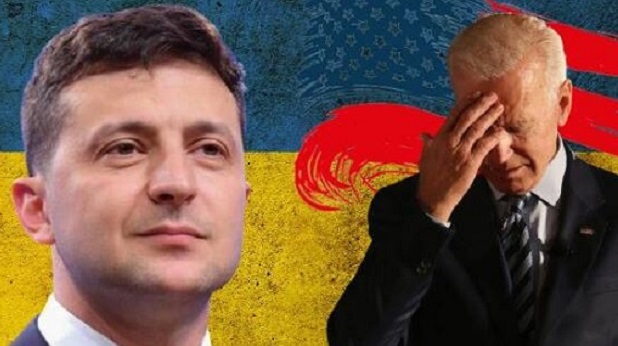 The war in Ukraine is reaching the end of six months. (It started on Feb 22nd, 2022). Henry Kissinger warned in March that the war should be resolved within two months (by end April?) or the war on the ground would be too far irreversible (for the benefit of NATO and the US).

Since then the Russians have taken their highly sought after Donbas region (which has a very high proportion of native Russian speaking population) and they have captured territory towards the west.

The latest news says the Russians have begun to encircle the major city of Kharkov in Ukraine which has a population of about 1.0 million (circled blue in the map below). The encirclement is on three sides, north, east and south.  Analysts say there is some strategy by the Russians to ‘capture’ Kharkov before the onset of winter (late September onwards). But the Russians have proven experience in winter warfare too.

Further south west the capture of Kherson is already a fait accompli. Military analysts say that (again before winter) the Russians may take the major port city of Odessa, which has a population of over 900,000 people, of which 1/3 or over 300,000 are native Russian speakers.

Analysts say that the supply of arms and weapons by the West to Ukraine is also dwindling. There have also been high losses in military manpower on the Ukrainian side. Yet the UK and the US (and their man Zelenskiy) are insisting that Ukraine continue fighting this war – down to the last Ukrainian soldier.

If (or rather when) the Russians capture Odessa and Kharkov, the territories captured by the Russians may look something like the red shaded area in the map below. 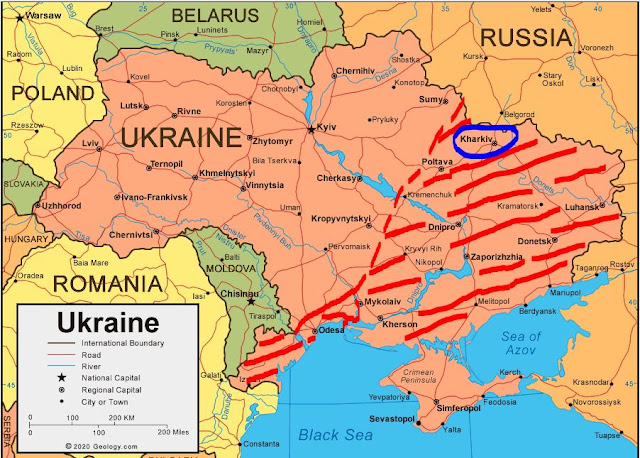 At the beginning of the war in February there were already Russian troop movements around Kiev and even into the south west. But these turned out to be feints or fake tactics to tie down the Ukrainian army in these places when the target was actually other towns and cities in the Donbas in the east (Luhansk – Donetsk area).

The Russian advances have been unstoppable. They are being methodical and not in a great hurry. However considering that Ukraine is larger than France in area the amount of territory taken by the Russians thus far is substantial.

After solidifying their hold on Kherson the next possible Russian move in the south west of Ukraine will be towards the port of Odessa. When Odessa falls, the entire coastline of Ukraine will be in Russian hands. Ukraine will likely become a landlocked country. The war should be effectively over. This is expected to happen within the next two to three months. That will be the decisive phase of this war. The UK and the US should have listened to Henry Kissinger’s advice and made peace with Russia.