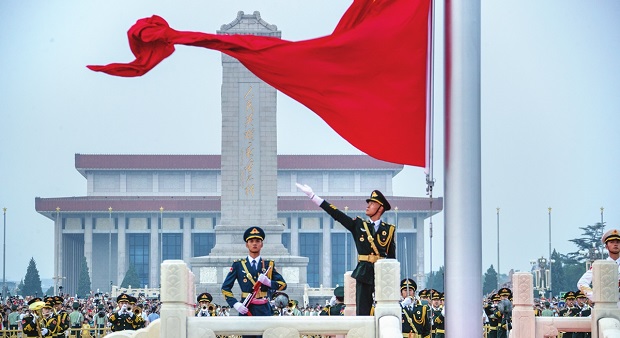 China’s ambassador to Australia has told the National Press Club that despite recent difficulties in the relationship between Canberra and Beijing, a “reset is still possible”.

In a wide-ranging speech in Canberra on Wednesday, Ambassador Xiao Qian said in the 50 years since ties were restored, China and Australia have made great progress in developing bilateral relations.

However, in recent years, relations have deteriorated and it is hoped that they will start to improve with the election of a new Labor government in Canberra.

“The development of China-Australia relations is at a critical juncture,” he said.

“China’s policy of friendship and cooperation toward Australia remains unchanged,” he said.

He said the economies of China and Australia were “highly complementary” toward each other, citing the two countries’ trade of mineral and energy resources as well as other commodities.

“Such practical cooperation has fostered a close partnership between our two countries. When cooperate, we both win. When we don’t, we both lose,” Xiao said.

“It is imperative for the governments of our two countries to adopt positive policies toward each other. Solve differences through consultation and create favorable conditions to better serve mutual cooperation.”

The ambassador said there were many areas in which Australia and China share common interests and continue to cooperate, such as economic development, people’s livelihoods, environmental protection, regional cooperation, climate change and free trade.

“There is a saying that no two leaves are alike,” Xiao said.

“China and Australia are different in many respects. In history, culture, religion, development stage and political system. Different as we are, there are no areas where we have a fundamental conflict of interest.”

He said it was important for both sides to take a “constructive “approach toward “these differences “and not let them “hijack the relationship between our two countries”.

The visit to Taiwan by the US House of Representatives Speaker Nancy Pelosi was a “serious violation” of the one-China policy and other diplomatic agreements between China and the United States, he said.

“It was the United States side who first took provocative action to change and undermine the status quo,” Xiao said.

“And it is the US side that should and must take full responsibility for the escalation of tensions in the Taiwan Straits.”

Tim Harcourt, chief economist with the Institute for Public Policy and Governance at the University of Technology Sydney, said economic relations between China and Australia are key to bilateral ties.

“Australia has things China needs and China has things Australia needs,” Harcourt said. “Economic fundamentals are the basis of the relationship and that will continue to be the case.”

A Lithuanian minister visited China’s Taiwan island last week, the third such ill-intentioned trip by an official of such level from this Baltic country.

There is no reason for China to allow such a blatant violation of China’s sovereignty and territorial integrity to take place with impunity.

That explains why the Foreign Ministry imposed sanctions on Lithuanian Deputy Transport and Communications Minister Agne Vaiciukeviciute for his visit to the island, and China also suspended engagement with Vaiciukeviciute’s ministry and cooperation on transportation with Lithuania.

Lithuania undertook the obligation to not establish official relations and engage in official contacts with Taiwan when it established diplomatic relations with the People’s Republic of China. However, it has reneged on those commitments in recent years with such ministerial visits and by allowing Taipei to open a representative office in the country under the name of Taiwan.

As a result, China has downgraded its diplomatic relations with Lithuania, and it has warned of the serious consequences of it acting in bad faith by violating the one-China principle recognizing that the Government of the People’s Republic of China is the sole legal government representing China.

It is money that has given it deaf ears. The island’s Democratic Progressive Party authorities promised to establish a $200 million fund to invest in Lithuania early this year, and after that they announced the establishment of a $1 billion fund for joint projects between the island and Lithuania.

It seems that the DPP authorities are willing to throw sense and money into the wind to provoke Beijing, rather than using both to improve the well-being of residents on the island.

On the part of Lithuania, its politicians are clearly shameless. They have no respect for upholding the norms of international relations. Their acting in bad faith will do their country and people no good in the long run.

Beijing has made it clear to the entire world that Taiwan is an inseparable part of China, and that it will allow no country to challenge the one-China principle.

The military drills Beijing has launched around Taiwan and the sanctions it has imposed on the US House Speaker Nancy Pelosi for her visit to the island speak volumes about China’s unswerving resolve to defend its sovereignty and territorial integrity.

Lithuanian politicians should never take it for granted that it is a small country with less geopolitical importance and whatever it does to challenge the one-China principle will not meet the same consequences as if it was a major country.

China will take whatever measures are necessary to respond to any act by any country and any individual to challenge the one-China principle. There will be no exception for Lithuania.