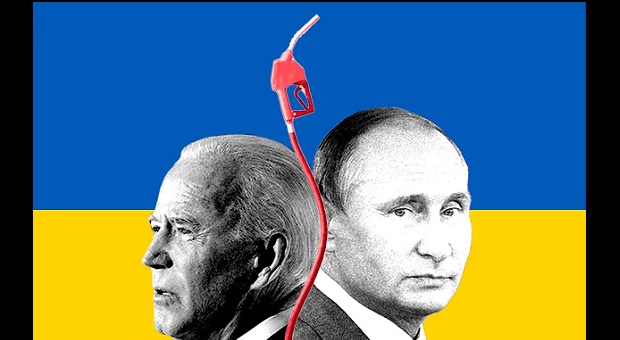 US steals 89 tankers of oil from Syria: state media

DAMASCUS – The US forces sent 89 oil tankers to carry stolen oil from Syria to US bases in Iraq on Saturday, the Syrian state news agency SANA reported.

The latest oil convoy went into Iraq through the al-Mahmoudieh crossing, which has been used by the United States to send stolen Syrian oil into Iraq, said SANA.

This comes two days after the US sent a convoy of 144 oil tankers in the same way, SANA added.

SANA said the incident is part of America’s ongoing violations of international principles and their involvement in plundering the natural resources of other nations and starving their peoples.

The Syrian government has long accused the United States of stealing the natural resources in Syria, such as oil, gas and wheat. – XINHUA

With ban in place, bloc’s bid to stave off bleak winter tested by gas needs

The European Union’s ban on Russian coal imports took effect on Thursday despite widespread concerns of a looming energy crisis hitting the 27-member bloc this winter.

EU members agreed to the ban in April as part of the bloc’s fifth package of sanctions against Moscow after the outbreak of the Russia-Ukraine conflict on Feb 24.

The 120-day transition period since April expired at midnight on Wednesday, after which no EU member state is allowed to import coal from Russia.

The European Commission said that its embargo on Russian coal will cost Moscow 8 billion euros ($8 billion) a year. The EU imported 45 percent of its coal needs from Russia, with imports hitting 48.7 million metric tons in 2021.

Russian coal imports have been used by EU states mostly to generate electricity and account for about 70 percent of the bloc’s thermal coal imports, according to Brussels-based think tank Bruegel, citing Germany and Poland as highly dependent on Russian thermal coal.

In addition to the coal embargo, the EU also agreed to suspend oil imports from Russia at the end of this year. But exceptions have been made to allow imports through pipelines, as is the case for Hungary.

While the EU’s bid to cut its dependency on Russian energy is aimed at punishing the Russian economy, the bloc is struggling to find alternative sources of coal, oil and gas from around the world.

Brian Ricketts, of the European Association for Coal and Lignite, told German broadcaster DW that he expected the EU to start importing more coal than before as it looks for alternatives to gas, a much more critical power source it imports from Russia.

“We believe that this will happen because up to 120 terawatt-hours of electricity production from gas are to be replaced by hard coal and lignite. That would save around 22 billion cubic meters of gas a year, far more than any other individual measures,” he said.

Bruegel also notes that replacing Russian coal is just one aspect of the energy crisis facing the EU. The bloc might need to import more coal if it stopped buying Russian oil and gas.

The EU has increased coal production at home and imports from Colombia, Australia and the United States, drawing criticism from environmentalists.

Robin Brooks, the chief economist at the Institute of International Finance, said the EU’s sanctions on Russian energy have failed.

“Our decision to carve out energy from sanctions on Russia has created a monster. Russia’s current account surplus is usually around zero in the summer months, as warm temperatures across Europe cut demand for oil & gas. Not this year, however. Our energy carve-outs have failed,” he said in a tweet on Wednesday, showing charts of the Russian current account surplus in June and July in excess of $30 billion.

In another tweet, Brooks listed figures which show that EU spending on Russian energy jumped 71 percent on oil, 260 percent on gas and 170 percent on coal from January to May compared with the same period last year.

In late July, EU energy ministers reached a watered-down agreement on a proposal called by the European Commission for each member state to cut its energy consumption by 15 percent from August to March next year.

The plan was resisted by several member states, so a final agreement includes many exceptions and asks member states to voluntarily cut consumption by 15 percent. Agencies contributed to this story. CHINA DAILY