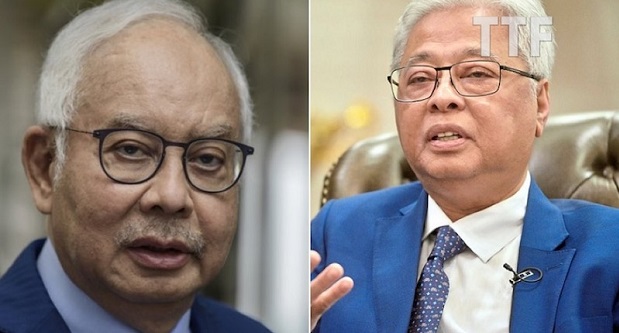 “It is not that I don’t trust others, but reports of surveys by this women’s wing are usually accurate. And if I get a full report on voter attitude from Wanita (BN) showing BN will win (GE15), I will dissolve Parliament,” the prime minister said at the “Bicara Hati Perdana Menteri” at the Wanita BN convention here today.

Ismail Sabri said Wanita BN’s survey should not be limited to BN supporters but should also cover those of other coalitions and fence sitters.

He said this would enable BN to assess its true strength before going into GE15 with the aim of winning and forming the government on its own.

“That is why I am giving this task to all Wanita components and not just Wanita Umno. Our aim is to win and govern; if the report is favourable, the Top Five (of Umno) will discuss the possibility of dissolving Parliament,” the Umno vice-president told a press conference after the Bicara Hati Perdana Menteri session.

The prime minister also said Wanita BN should continue to help the government disseminate information to the grassroots.

He said opposition parties were twisting a lot of facts and the Wanita machinery had a role to play to correct such inaccurate statements.

“In a general election, it is not emotions but facts that will determine victory. Today we see that the pressure on the government is increasing. The important thing is how we reply; it should not be left unrebutted,” he added.

He said Wanita BN should be strengthened to face an increasingly challenging political scenario.

Wanita BN was also reminded not to underestimate the capability of its opponents.

“I am confident that given Wanita BN’s spirit, we can retain power with the cooperation of Wanita (BN),” he added. — Bernama

Ahead of last SRC appeal, Najib vows to keep backing BN no matter ‘cruelty’ inflicted on him

The Star quoted the former prime minister as saying at the Wanita Barisan Nasional (BN) convention today that the coalition will win GE15, and that the women’s wing will have his support as a leader.

“Tomorrow is important for me as it is the final appeal at the Federal Court. Although today I was supposed to be busy with my lawyers, I chose to be with Wanita,” he reportedly said at the convention held in the World Trade Centre here.

Tomorrow is the start of Najib’s final appeal against his conviction in the SRC International Sdn Bhd case.

“No matter what they do, no matter the ‘cruelty’ inflicted upon me, my wife and my family, I will stand firm and not flinch an inch and fight alongside Wanita,” he reportedly said.

Najib’s wife, Datin Seri Rosmah Mansor, was also reported to be at the event.

He was sentenced to 12 years’ imprisonment and fined RM210 million.

Najib also accused the Opposition today of trying to play up the littoral combat ship (LCS) project scandal for the general election, and compared it with the 1Malaysia Development Bhd (1MDB) scandal before GE14.

He said that he had raised six questions regarding the LCS project scandal that the Opposition have yet to answer.

“I admit that there are delays (to the LCS project). It is not easy to make an advanced combat ship. This is not a yacht or a cruise ship,” he reportedly said.

On August 4, the Public Accounts Committee (PAC) revealed in Parliament that cost overruns in the LCS project had totalled RM1.4 billion, adding that no ships had been delivered despite five being scheduled to be delivered this month.

The project is the largest procurement in the history of the Defence Ministry with a total cost of RM9 billion. MALAY MAIL