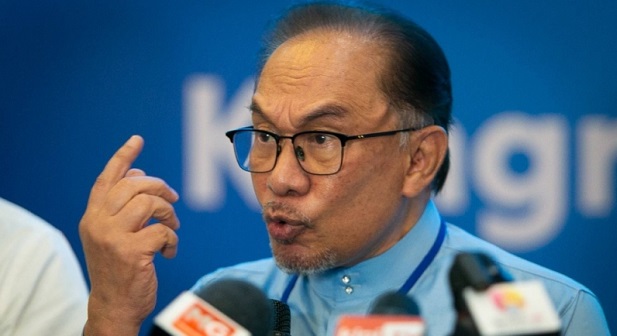 Where is Pakatan’s hunger for power?

THE chatter in Putrajaya is that Parliament may be dissolved as soon as next month.

Yet many politicians, especially those from Pakatan Harapan, are of the opinion that the general election will only happen next year.

They think the Prime Minister is not ready for an election because of economic issues as well as the LCS scandal which is blowing up right now.

This is despite signs that Barisan Nasional has launched its election machinery in one state after another.

Pakatan’s “next year” prediction may also have to do with the fact that they are not quite ready.

It is in stark contrast to the last general election when Pakatan leaders were setting hearts and minds on fire months before Parliament was dissolved.

Pakatan politicians have gone to town on the LCS or littoral combat ships scandal.

But can the naval ship scandal help them to win the general election?

Where is the narrative about selling hope and dreams for a better tomorrow?

Where is the big picture strategy? Where is the creative thinking that had kept the Opposition a step ahead.

Where is the fighting spirit or as the DAP trademark Hokkien song goes: “Ai pnia cia eh ia” (to go all out to win).

Is Pakatan still hungry for power?

“The parties are quite prepared in their own way but there is no grand plan like previously. I don’t see any thinking out of the box, people are merely holding on to the box.

“We shocked the enemy the last time but now everyone is playing safe. Being complacent and feeling too comfortable can be dangerous.

“We are not taking risks or coming up with bold strategies. Instead of building barriers, we should open our doors and windows,” said PKR politician Tian Chua.

Pakatan’s grand plan was already in motion months before the last general election.

Tun Dr Mahathir Mohamad and Lim Kit Siang were holding hands on stage to bring down the government.

Their “Selamatkan Malaysia” slogan to save the country was on everyone’s lips.

Dr Mahathir had gone out of his way to meet Datuk Seri Anwar Ibrahim and even attended PKR’s party congress while DAP was preparing to move its big names to Johor to create political momentum.

Fast-forward to now and there are so many questions and too few answers.

Pakatan supporters are still unsure whether there will be a big tent or a small tent to look forward to.

Will PKR contest under its own party logo or will it go with the Pakatan logo?

There are personality clashes in every corner or, according to Seberang Jaya assemblyman Dr Afif Bahardin, there are too many “cancelling points”.

Pakatan has cancelled out Parti Pribumi Bersatu Malaysia because of its role in the Sheraton Move.

DAP, to appease its Chinese base, has closed the door on PAS while GPS or Gabungan Parti Sarawak has not forgiven DAP for its claim that “Sarawak will go bankrupt in three years time”.

Meanwhile, negotiations between Pakatan and Warisan have reached a dead end.

“Umno is our primary enemy, Warisan is our secondary enemy,” said a PKR MP.

The only clear-cut issue at this point is that Datuk Seri Anwar Ibrahim is Pakatan’s prime minister candidate.

According to a Perikatan Nasional insider, Tan Sri Muhyiddin Yassin had met Anwar to discuss an electoral pact that would enable one-to-one contests against Umno in Malay-majority seats.

Anwar was reportedly agreeable to it but the talks fell through because Muhyiddin saw himself as the prime minister candidate.

Meanwhile, DAP secretary-general Anthony Loke’s statement on the possibility of his party working with Umno after the general election caused ripples.

It went down badly with the Chinese base although Loke’s opinion was made in the context of forming a government in the event of a hung Parliament.

A China Press columnist wrote that cooperating with Umno would be “a betrayal of the Chinese and the party given the way DAP leaders had cursed Umno over the years”.

“Loke is being realistic. I don’t think any one group will be able to form the government. Voters should take it with an open mind,” said Datuk Cheng Lai Hock, president of the Kedah Chinese Assembly Hall.

However, Cheng said Chinese minds have been poisoned against Umno.

“Many Chinese want to see DAP back in power but can they convince the Chinese to accept the enemy as a friend?” said Cheng.

Loke’s opinion had come on the heels of Kit Siang’s views about working with Datuk Seri Najib Razak and, rightly or wrongly, skeptics perceived it as an attempt to save DAP chairman Lim Guan Eng who is fighting corruption charges in court.

The problem now is that friends have gone back to being enemies.

There is still hope because the mood in 2018 only tipped in favour of Pakatan during the final week of campaigning.

But Pakatan needs to signal that it is out to win.

“Striking a deal is not easy but there is still time to think out of the box,” said PKR’s Chua.