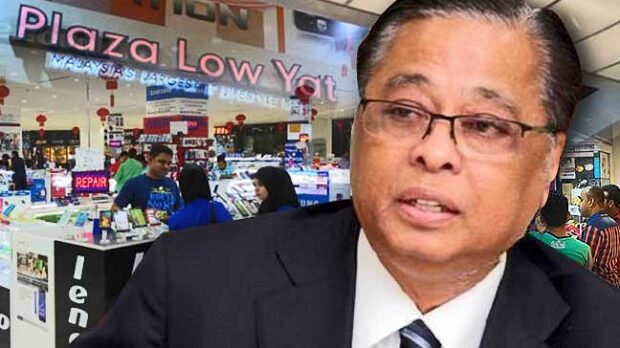 “Low Yat is full of items on sale, both new and used. Whenever there is space (on the shelves), the vendors will keep stocking items,” he told FMT.

“Mara Digital Mall’s management and vendors should emulate this.”

Mara Digital Mall was launched in 2015 and had branches in Kuala Lumpur, Shah Alam, Johor Bahru and Kuantan.

In 2019, the rural development ministry said in a parliamentary reply that the Kuantan branch was closed in December 2018, Johor Bahru in February 2019 and the Shah Alam branch in 2018. Meanwhile, the branch in the capital appears deserted.

Halim said another factor in Mara Digital Mall’s poor fortunes was the lack of variety in the items and services when compared to Low Yat Plaza.

“Vendors at Low Yat specialise in the sale of pre-built computers, building computers in-store based on customers’ choices and reconditioned computers,” he said.

Halim added that Mara Digital Mall could not simply rely on its low rental and strategic location to succeed, but needed to take a proactive approach to promote its stores and services widely.

He said although the mall was strategically located, its management needed to do more to revive its business.