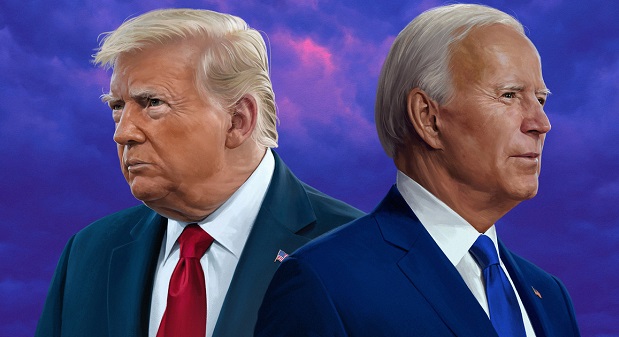 The FBI recovered documents that were labeled “top secret” from former President Donald Trump’s Mar-a-Lago estate in Florida, according to court papers released after a federal judge unsealed the warrant that authorised the unprecedented search this week.

The FBI search on Trump’s residence was partly based on suspicions of violations of the US Espionage Act related to the illegal retention of sensitive defence documents, the warrant showed.

The seized records include some that were marked as classified and some top secret. The court records did not provide specific details about the documents or what information they might contain.

“Top secret” is the highest level of classification of US government documents. US law prohibits making public or mishandling classified documents.

Scott Lucas, professor of American studies at the University of Birmingham, said Trump is vulnerable to prosecution under the Espionage Act if it transpires that he took those documents – whether he did it by mistake or intentionally.

“One of the provisions of the Espionage Act is that no one should take classified material for their own private possession, especially if they have no permission from government agencies,” Lucas told Al Jazeera from Birmingham, UK.

“What the FBI found is the set of documents are not only marked “top secret”, they are marked “secured compartments – which means you can only look at those documents in a highly secured government facility”.

On Friday, Trump claimed that the documents seized by agents at his Florida club were “all declassified”, and argued that he would have turned over the documents to the Department of Justice if asked.

“Number one, it was all declassified. Number two, they didn’t need to ‘seize’ anything. They could have had it anytime they wanted without playing politics and breaking into Mar-a-Lago,” Trump wrote on his Truth Social platform.

While incumbent presidents have the power to declassify information, that authority lapses as soon as they leave office and it was not clear if the documents in question have ever been declassified.

Trump also kept possession of the documents despite multiple requests from agencies, including the National Archives, to turn over presidential records in accordance with federal law.

US Magistrate Judge Bruce Reinhart, the same judge who signed off on the search warrant that sparked Monday’s FBI search, unsealed the warrant and property receipt on Friday at the request of the Department of Justice. He did so after Attorney General Merrick Garland declared Thursday there was “substantial public interest in this matter”, and Trump backed the warrant’s “immediate” release.

Trump’s lawyers had been given copies of the warrant and the property receipts on Monday and could have made them public at any time.

The Department of Justice told the judge on Friday afternoon that Trump’s lawyers did not object to the proposal to make it public.

In messages posted Truth Social, Trump wrote, “Not only will I not oppose the release of documents … I am going a step further by ENCOURAGING the immediate release of those documents.”

The Department of Justice’s request is striking because such documents traditionally remain sealed during a pending investigation. But the department appeared to recognise that its silence since the search had created a vacuum for bitter verbal attacks by Trump and his allies, and that the public was entitled to the FBI’s side about what prompted Monday’s action at the former president’s home.

“The public’s clear and powerful interest in understanding what occurred under these circumstances weighs heavily in favor of unsealing,” said a motion filed in federal court in Florida on Thursday.

The search at Trump’s home sparked fury among his supporters, with some Republican legislators promising to investigate the Department of Justice, including Garland, if they win power in the upcoming midterm elections.

Trump has portrayed the search as a Democratic-led political attack to prevent him from running for president in 2024. The White House of President Joe Biden has repeatedly said it did not have prior knowledge of the search and it does not interfere in Department of Justice investigations.

To obtain a search warrant, federal authorities must prove to a judge that probable cause exists to believe that a crime was committed. Garland said he personally approved the warrant, a decision he said the department did not take lightly given that standard practice where possible is to select less intrusive tactics than a search of one’s home.

New York University law professor Stephen Gillers said Garland now has the options to “do nothing further” or bring an indictment against Trump.

The former president is now a private citizen, Gillers told Al Jazeera, but political considerations sometimes weigh in on the Department of Justice’s decision to prosecute cases or not.

Gillers dismissed Trump’s claim that he would have handed the document if asked as “not credible”, noting that the US government had been demanding the material for months.

But when it comes to the former’s president’s assertion that he declassified the documents, it is more of a grey area, according to the professor.

“Everyone understands that the president can choose to declassify something because he’s the head of the executive branch … But how you go about declassifying something is an open question,” Gillers said.

“There is a process. Whether or not he has to honour that process or could simply wave his hand and snap his fingers and make it declassified is something we may yet learn. It’s untested like much of what Trump has done.” SOURCE: AL JAZEERA, THE ASSOCIATED PRESS

Former President Trump said in a Truth Social post on Friday that all documents taken by the Federal Bureau of Investigations were “all declassified.”

“Number one, it was all declassified. Number two, they didn’t need to “seize” anything. They could have had it anytime they wanted without playing politics and breaking into Mar-a-Lago. It was in secured storage, with an additional lock put on as per their request…,” Trump said. “They could have had it anytime they wanted—and that includes LONG ago. ALL THEY HAD TO DO WAS ASK. The bigger problem is, what are they going to do with the 33 million pages of documents, many of which are classified, that President Obama took to Chicago?”

The National Archives and Records Administration said in a press release on Friday that former President Obama isn’t in control over presidential records from his administration.