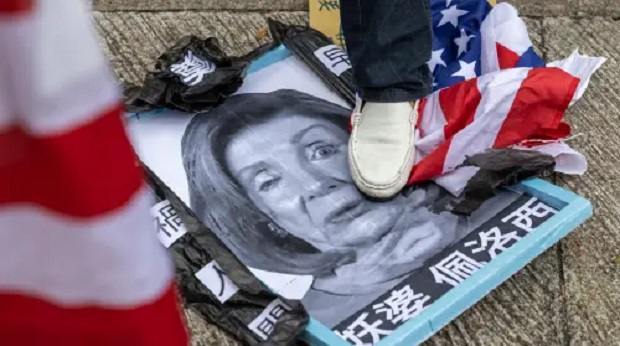 Donald Trump’s Mar-a-Lago resort was raided by the FBI on Monday (Aug 8). About 30 heavily armed officers carried out the operation as if Trump was Chicago mobster Al-Capone. The stunning raid was related to the Justice Department’s inquiry about Trump’s handling of classified material. The timing of the raid has raised eyebrows as it was done when Trump was away from his resort.

The FBI reportedly disallowed Trump’s attorneys from observing the search operation, leading to suspicion that the agents might have planted “stuff”. About 15 boxes of documents, allegedly containing “classified national security information”, have been seized. The agents spent 9 hours scouring Trump’s private office, including breaking into his safe and digging into Melanie’s wardrobe.

Trump could face years in prison and banned from running for office again if he’s found to have destroyed classified records under “Section 2071 of Title 18 of the United States Code”. Even if he had taken some information, does the FBI have to treat a former U.S. president like a terrorist? It could be a political move to deny him from running for the 2024 Presidential Election. 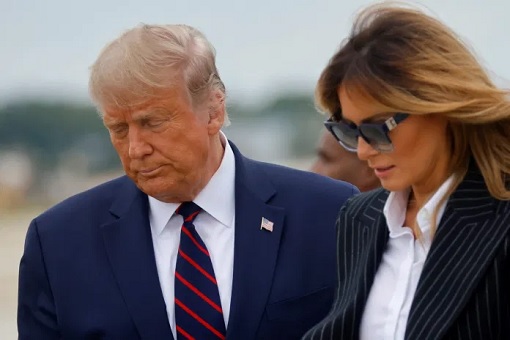 Trump supporters and the conservative news media have not only condemned the raid as an assault on democracy under the tyranny Biden administration, but cried that the U.S. had become a “Third World” country.If a former U.S. president could be insulted and disrespected in such a way, do you think the U.S. cares about Taiwanese located more than 12,000 kilometres away?

When House Speaker Nancy Pelosi made her highly controversial visit to Taiwan recently, she justified it with a sexy speech – “Today the world faces a choice between democracy and autocracy. America’s determination to preserve democracy here in Taiwan and around the world remains ironclad”. Were Pelosi, and the U.S. for that matter, really cared about democracy?

Because the majority of the countries in the world subscribed to democracy, the conventional wisdom is that democracy is better and superior than autocracy. In reality, it isn’t necessarily true. Ask the millions of homeless people in India, the world’s largest democracy nation, whether they like democracy or autocratic China that has lifted 800 million people out of poverty in the past 40 years.

To the very poor people who struggle to put food on the table or a roof over their head, they prefer a good leader rather than a sexy ideology. What is so bad about autocracy that provides free housing for the poor? And what is so great about democracy when a democratically-elected government in Malaysia could be stolen by a bunch of traitors, crooks, extremists and racists?

Arguably, the U.S. might have swallowed the hook, line and sinker when Chinese President Xi Jinping baited President Joe Biden with a warning not to play with fire over Pelosi’s visit to Taiwan, the island considered a breakaway province which must be reunited by force if necessary. It could be a reverse psychology game, knowing very well that arrogant U.S. politicians cannot be challenged or threatened.

So when Pelosi, emboldened by U.S. politicians’ encouragement, proceed with her visit, Beijing gladly waited for her to leave before quickly launched a sea blockade to encircle Taiwan. Now, military drills involving a blockade have become SOP (standard operating procedure). Stunned, Washington repeatedly said the U.S. policy on “One China” and position on Taiwan remains unchanged.

The White House said that the U.S. continues to oppose “unilateral changes to the status quo from either side” and that it does not support Taiwan independence. It continues to speak with forked tongue when Biden said the military didn’t think it was a good idea for Pelosi to visit Taiwan, but at the same time the White House said Pelosi has the right to visit Taiwan.

Originally, the island of Taiwan, also known as Formosa, was ceded to Japan in the Treaty of Shimonoseki in 1895 after the weak Qing Dynasty of China lost the “First Sino-Japanese War” to the Empire of Japan. At the end of World War II, Japan lost and surrendered the island in 1945, placing it under the governance of the Republic of China (ROC), which was ruled by the Kuomintang.

However, the end of Second World War also saw the resumption of the Chinese Civil War, fought between the Kuomintang-led Republic of China (ROC) and the Chinese Communist Party (CCP) since 1927. Chiang Kai-shek, leader of Kuomintang, eventually lost the civil war to Mao Zedong of CCP and had to retreat to Taiwan, establishing a temporary capital of the ROC in 1949.

The Communists, on the other hand, proclaimed the establishment of the People’s Republic of China (PRC) in the mainland. For many years, both Taipei-based ROC and Beijing-based PRC continued to claim to be  the sole legitimate government of “China”. In 1971, the UN General Assembly Resolution 2758 resolved the issue of representation of China and Taiwan in the United Nations.

Therefore, the U.S. and its allies along with politician like Nancy Pelosi were spewing lies when they refer to Taiwan as a country. Unlike Ukraine, Taiwan is not a sovereign state as determined by a two-thirds majority vote in the United Nations in 1971. It didn’t make sense that a small island was the legal representative of China while the mainland of 1 billion populations was not.

Interestingly, in the same year (1971), the U.S. under the Nixon administration, had tried – and failed – to create “two Chinas” in the United Nations. The American proposal failed to get a supermajority vote. The U.S. rejected the recognition of the People’s Republic of China (PRC) due to the Cold War and largely because it lost the 1950-53 Korean War as a result of Beijing intervention.

Despite two-thirds majority vote in the United Nations to shift recognition from ROC to PRC, the U.S. refused to respect the process of democracy until 1971. Even then, former U.S. president Richard Nixon entered into negotiations with Chinese Communist Party Chairman Mao Zedong by sending Henry Kissinger on a secret mission in 1971 because of the Vietnam War. 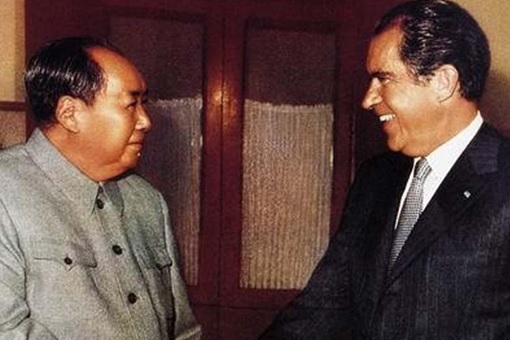 The U.S. wanted China in its orbit after the Chinese military showdown with its former ally, Vietnam, who had a mutual support treaty with now-defunct Soviet Union. Using divide-and-conquer strategy, the U.S. also wanted to form a closer diplomatic relations with the PRC to pressure the Soviets. From the point of economy, American businessmen were eager to exploit the huge Chinese market.

Crucially, declassified documents revealed the Richard Nixon’s hatred for India under Indira Gandhi government in the early 1970s. The U.S. president and his National Security Advisor Kissinger saw India as a “stooge” of the Soviets. Washington wanted to open another front in the Cold War against the Soviet Union by mending relations with China, even if it means it had to work with the Communist China.

In December 1971, as India clashed with Pakistan, the U.S. threw its support behind Pakistan. It was a tactic to impress China by helping its ally as well as to weaken India. When New Delhi tried to crush Pakistan, the U.S. sent its aircraft carrier to frighten the Soviet stooge, only to see Soviet sent its navy to help India. The evil U.S. then encouraged the Chinese to invade India.

The United States only formally recognized Beijing in 1979 under the Carter administration. Deng Xiaoping, then-deputy premier of China, met President Jimmy Carter on Jan 29, 1979 and signed the historic accords that reverse decades of American opposition to the People’s Republic of China. Despite being a communist country, Deng’s economic reforms were based on capitalist models.

The One China policy refers to the U.S. policy of strategic ambiguity regarding Taiwan. To keep Beijing in check and to sell weapons, the U.S. Congress deliberately passed the Taiwan Relations Act, which obliges the U.S. supply of weapons to the island for self defence. An unofficial representative – American Institute of Taiwan – was set up to replace the U.S. embassy in the island.

It’s worth noting that despite the perception painted by the West that Taiwan is a democratic country, the island was under “autocratic rule” from 1949 until it ended its martial law in 1987, followed by its first democratic presidential election in 1996. Yes, in truth, America seemed to have recognized a non-fully functioning democracy that disrespected rule of law for decades.

Under Kuomintang, Taiwan actually practiced autocracy, where the Republic of China Armed Forces imposed the longest martial law in the world – a staggering 38 years (May 1949 – July 1987). Essentially, the hypocrite U.S. was recognizing Taiwan’s autocracy for 30 years (1949-1979) while at the same time criticizing another set of similar autocracy in mainland China. 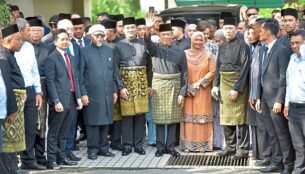 So, where were Pelosi and American lawmakers when democracy in Malaysia was under attack in March 2020 after a democratically-elected government was stripped of its power? The U.S. didn’t care because its strategic interests were not affected. In the same breath, it supported autocracy in Taiwan for 30 years because the island was a pawn to serve its strategic interests in countering China.

Again, only idiots would believe the U.S. will sacrifice Los Angeles to protect Taiwan. Pelosi’s Asia tour was not to promote democracy, but rather to help his son – Paul Pelosi – who secretly followed her to promote the business of his lithium-ion battery recycling company. After the tour with his mother, Paul Pelosi’s Asian stocks, Altair International Corp and St-Georges Eco-Mining, jumped 30%.