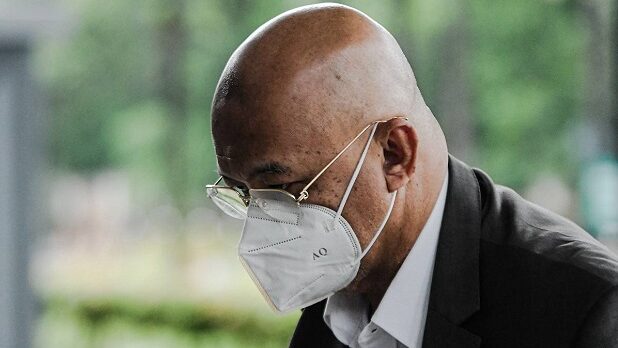 Zarul had attempted to get excused from the trial at the Kuala Lumpur Sessions Court before Judge Azura Alwi.

The defence counsel was cross-examining the 23rd prosecution witness on his reasons for giving RM19 million to businessperson G Gnanaraja.

Zarul did not answer and kept reiterating that he just wanted his money back.

Previously, the witness claimed he paid RM19 million to Gnanaraja to deliver bribes to Lim.

On April 3, 2019, Gnanaraja was charged with deceiving Zarul to pay him RM19 million in relation to the project.

Gnanaraja was alleged to have convinced Zarul that the former could use his political connections to close MACC’s investigations against the latter in relation to the project.

As Lim looked on from the dock, the atmosphere in court began to heat up during the exchange between Gobind and Zarul.

The witness admitted that he instructed his lawyers to write a letter of demand to Gnanaraja to seek the return of the RM19 million.

However, when queried by Gobind on what was the actual purpose of the RM19 million being given to Gnanaraja and if it was really for a breach of contract or to be held on trust, Zarul did not answer and reiterated that he wanted his money back.

Zarul: Your Honour, I need to be excused, I do not feel well.

Gobind: You came to court (this morning).

Zarul: The deputy public prosecutor asked me to come to court.

Azura: What did the doctor diagnose (during the checkup yesterday)?

Zarul: My (blood) pressure is up, my heart is palpitating, he (doctor) asked me to see a specialist.

Gobind: If you need medical assistance, I have no objection, just let me finish (my cross-examination).

At this juncture, Azura called for a short break before resuming.

When proceedings resumed, deputy public prosecutor Wan Shaharuddin Wan Ladin said they have handed a copy of the doctor’s letter to the court on the witness’ health condition.

Gobind: Are you okay to proceed?

Zarul: Can I take a break today? I really do not feel well.

Yesterday, Zarul testified that he paid RM19 million to Gnanaraja after the latter threatened him with a money laundering charge.

The witness claimed the money was paid to Gnanaraja in order to help settle MACC’s probe against him (Zarul) in relation to the project.

Previously, Zarul claimed in his testimony of being shocked that Lim in 2011 asked for 10 percent of future profits in the project, that the accused received a RM100,000 bribe with a smile in 2013, and that the “Malay spirit” helped him overcome immense pressure from the MACC probe into the case.

Zarul also testified that after being remanded for 11 days by MACC in January 2018, he then lied to the media about being pressured by individuals with purported links to BN.

Former finance minister Lim is on trial over four charges.

One charge, framed under Section 16(A)(a) and Section 23 of the MACC Act, alleged that he used his position as Penang chief minister for the gratification of RM3.3 million as inducement for helping a company belonging to Zarul to secure the RM6.3 billion undersea tunnel project.

The offence was allegedly perpetrated at the Penang Chief Minister’s Office between January 2011 and August 2017.

The second charge, also under Section 16(A)(a), stated that Lim, in his capacity as the Penang chief minister, solicited from Zarul bribes amounting to 10 percent of the profits to be earned by the company as gratification for helping the company secure the project.

The offence was allegedly committed near The Gardens Hotel in Kuala Lumpur between 12.30am and 2am in March 2011.

The said law provides for imprisonment of up to 20 years and a fine of not less than five times the value of the gratification, or RM10,000, whichever is higher.