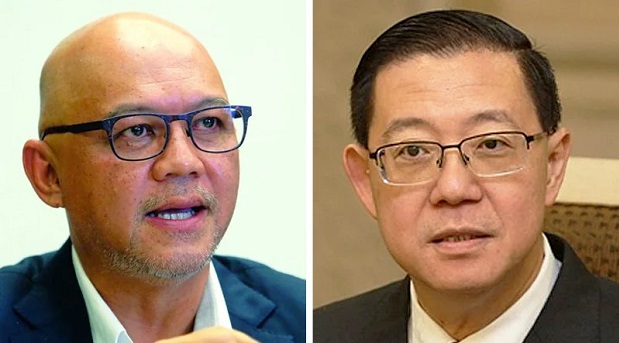 Guan Eng’s lawyer cries foul over message printout destruction
Former Penang chief minister Lim Guan Eng’s lawyer claimed there was a suppression of evidence when the authorities destroyed printouts of WhatsApp messages between a key prosecution witness and a businessperson.

However, the prosecution contended it was standard procedure for the message printouts to be destroyed after they were utilised in a separate cheating case against businessperson G Gnanaraja.

Gobind had previously sought the message printouts – which was the basis of a Shah Alam Sessions Court case against Gnanaraja for allegedly cheating Consortium Zenith Construction Sdn Bhd (CZC) senior executive Zarul Ahmad Mohd Zulkifli of RM19 million – as it was allegedly critical in the defence’s case that Lim was not involved in the graft case related to the Penang Undersea Tunnel project.

“My friend today informed me that the WhatsApp (printouts) have been shredded. In regard to WhatsApp messages, you can shred the (physical printout) copies but you cannot shred the (actual electronic) messages.

“We take the position that there has been suppression of evidence. These messages are critical in understanding the events leading up to the payment of the RM19 million, which is directly relevant to this case,” Gobind said.

The lawyer added that in the event that the prosecution could not produce the primary evidence (WhatsApp printouts), then they should bring to court the secondary evidence, namely the statement that MACC recorded from Zarul when the witness was shown the printouts during the investigation.

Previously, Zarul claimed he paid RM19 million to Gnanaraja – an alleged close associate of then prime minister Najib Abdul Razak – to deliver bribes to the then Penang chief minister.

On April 3, 2019, Gnanaraja was charged with deceiving Zarul to pay him RM19 million in relation to the project at the Shah Alam Sessions Court.

Gnanaraja was alleged to have convinced Zarul that the former could use his political connections to close MACC’s investigations against the latter in relation to the project.

Yesterday, Zarul testified that he was threatened by Gnanaraja with being charged in court with a money laundering offence.

During Lim’s graft trial before the Kuala Lumpur Sessions Court today, Wan Shaharuddin countered that it was beyond the prosecution’s control over what happened with the message printouts as it is standard procedure for the authorities to shred them after a related court case is complete.

“After the case (of cheating against Gnanaraja) is complete, the standard operating procedure (SOP) is for the documents (WhatsApp printouts) to be shredded as there is fear that they may be leaked to irresponsible people and used in unrelated cases.

“This is not suppression of evidence,” the prosecutor contended, further asking the defence team what it is they actually meant by “secondary evidence”.

The DPP also previously informed the court that the handphone (from which the alleged WhatsApp printouts were made) could not be opened by the authorities.

Gobind responded that the prosecution is missing the point as the original WhatsApp messages should still be there (in the handphone) and can be reprinted.

“Like email, you can shred the paper (printouts), but you cannot shred the computer,” the lawyer said, contending the WhatsApp messages could still be printed out.

At this juncture, DPP Ahmad Akram Gharib submitted that the WhatsApp printouts are irrelevant in the prosecution’s graft case against Lim, as it is relevant instead to the separate cheating case against Gnanaraja.

“They (defence) can instead cross-examine the witnesses (Zarul and Gnanaraja, the latter has yet to take the witness stand against Lim).

“If they want to establish whether there was a conspiracy or jalan belakang (back route), they can just ask the witness,” Akram submitted.

Gobind countered that the message printouts are necessary in case the witness lies during cross-examination over the conversation between Zarul and Gnanaraja.

Azura then suggested for the telephone to be produced in court in later proceedings and for parties to attempt to open it.

Previously, Zarul claimed in his testimony of being shocked that Lim in 2011 asked for 10 percent of future profits in the project, that the accused received a RM100,000 bribe with a smile in 2013, and that the Malay spirit helped him (Zarul) overcome immense pressure from the MACC probe into the case.

Zarul also testified that after being remanded for 11 days by MACC in January 2018, he then lied to the media about being pressured by individuals with purported links to BN.

Former finance minister Lim is on trial over four charges.

One charge, framed under Section 16(A)(a) and Section 23 of the MACC act, accuses him of using his position as then Penang chief minister for the gratification of RM3.3 million as inducement for helping a company belonging to Zarul to secure the island state’s RM6.3 billion undersea tunnel project.

The offence was allegedly perpetrated at the Penang Chief Minister’s Office, 28th floor at Komtar in George Town, Penang, between January 2011 and August 2017.

Under Section 23(1) of the MACC act, the offence is punishable with imprisonment of up to 20 years and a fine of not less than five times the value of the gratification, or RM10,000, whichever is higher.

The second charge, also under Section 16(A)(a), states that Lim, in his capacity as the Penang chief minister then, solicited from Zarul bribes amounting to 10 percent of the profits to be earned by the company as gratification for helping the company secure the project.

The charge, framed under Section 16 of the MACC act, provides for imprisonment of up to 20 years and a fine of not less than five times the value of the gratification, or RM10,000, whichever is higher.