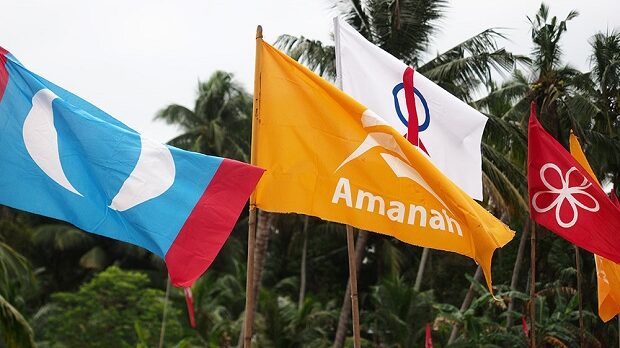 Is Harapan becoming BN 2.0?
In the “bad old days”, activists had to fight BN to stop all kinds of nonsense. Now, some find they also have to fight the Pakatan Harapan Selangor state government and its dubious tactics to cut down a forest.

I admit it is hard to get people motivated over saving jungles and wildlife. It’s easier to get people worked up over racial issues like Zakir Naik and three pages of Jawi.

But those who think, “aiya, this is just a greenie issue”, well, think again. This is really about the integrity of politicians. Today it’s about forests (and developers’ profits?). What about tomorrow? Tolled highways? Secret “donations”?

The rot was clearly seen in 2021 with the secretive attempt (by the state exco) to strip the Kuala Langat forest reserve of its legal protection (degazette). Then, for development, they wanted to hand it over, first to a company linked to state royalty and then to another company linked to a former Johor Umno Youth leader.

Now, another forest is in danger. Two groups are suing the Selangor government over a clumsy (and probably illegal) attempt to degazette part of the Bukit Cherakah Forest Reserve (BCFR).

Why clumsy? Because the state is trying to reconfirm the bad deeds of a former Selangor Umno menteri besar by backdating the forest degazettement by 22 years. Such amazing legal gymnastics!

With this back to the future “time travel” degazetting, the state will avoid having to go through a public hearing on the issue (because that law only came into force in 2011). This doesn’t smell very fresh.

I supported and voted for Harapan. But now, I wonder what happened to the “accountability” and “transparency” they promised?

Here is how this sad saga unfolded. This 406-hectare chunk of forest at BCFR (about the size of 1,000 football fields) was first (allegedly) degazetted by Umno MB Mohd Khir Toyo 22 years ago (he was later jailed for the infamous “bungalow corruption scandal” ).

In March 2005, after a media uproar, then prime minister Abdullah Ahmad Badawi took a helicopter ride to survey the massive deforestation in the area and was shocked that “there was not a single tree standing.” As per the usual SOP wayang (movie), Khir promised “stop work orders” and a “detailed study” to ensure “sustainable development”.

After Pakatan Rakyat (the precursor to Harapan) took over Selangor in 2008, it should have reversed Khir’s bad deeds. But nothing was done.

Fast forward to recent times. There has been much development in the area, but one small pocket of forest remaining is at SACF (Shah Alam Community Forest), a part of BCFR. Over the years, it has become a very popular hiking area.

It’s even better than the overgrown rubber estates of Bukit Kiara and Bukit Gasing because SACF has several beautiful lakes (see below) and some of its original million-year-old forest, rich with wildlife such as gibbons, hornbills, slow loris, mousedeers and tapirs. Yes, tapirs.

In other words, a mini Taman Negara right in the Klang Valley (next to Setia Alam). Its hills are great as a green lung for residents, hikers and tourists. But those steep slopes are terrible for development because they will mean soil erosion and flash floods. Haven’t we learnt the lesson of Baling and Taman Sri Muda?

Over 100,000 people have signed a petition to save this forest. That’s 100,000 people who may stay at home and not vote for Harapan in the coming elections.

It’s not that we are “anti-development” or “anti housing”. But surely there must be a balance between built-up and forested areas. If not, then we may as well chop down and “develop” Bukit Kiara and Bukit Gasing too.

Sadly, the state government has been throwing up repeated hurdles against conservation here. The SACF Society (SACF-S) and other nature lovers have tried for eight long years to save this forest. They went through all the “proper channels”, writing numerous letters to the authorities.

In return, the Shah Alam City Council or MBSA (which oversees the area) proposed a graveyard for the area! Why do they want to chop down abundant forest life to make way for the dead? Especially when there are two huge cemeteries nearby called Fairy Park and Nirvana Klang.

In April 2021, a public hearing was held by MBSA to deal with objections to the local plan. Yet journalists were barred from the “public” hearing. What was there to hide?

During the hearing, Hee Loy Sian, the state exco overseeing environmental issues, said it was “probable” that the forest degazettement was “done improperly” between 2002 and 2007 as he had encountered a similar case at Bukit Lagong, Selangor. He promised to “follow up closely”.

But there was no word from Hee after that. Nor any about the public objections. Even the official MBSA minutes of the meeting were never shared, despite requests.

“MBSA didn’t bother justifying anything to anyone,” recalls Alicia Teoh, the founder of SACF-S. “Our follow-up letters to them were not replied to. The public hearing was a farce.”

In Feb 2022, ignoring public objections, MBSA published its local plan for SACF, which included posh “eco villas”. To make the graveyard more palatable, it was called perkuburan majmuk (multiracial graveyard), justified for “racial integration”. What? A graveyard on steep hills? Was this Hong Kong?

“I don’t see how a graveyard promotes racial integration,” comments Teoh. “On the other hand, a community forest definitely promotes better social relations where people of all races, rich or poor, can come and enjoy nature freely.”

Hee has claimed that the forest was legally degazetted during BN rule in 2006, citing a document called PW1443. These are not “lucky numbers” at all, what with the double 4 (“die” in Chinese) digits.

But jokes aside, legally speaking, “PW” is merely a pelan warta (plan to degazette). The problem was that hardworking researchers from SACF and the Bar Council combing through loads of old documents from 1962 found no actual degazettement notice (as required by law).

It’s like a man “planned to date a girl” but never summoned up the courage to actually ask her out. So, in our forest’s case, somebody, somewhere, screwed up and did not finish the job. Degazettus interruptus? This meant that the degazettement was invalid, a finding confirmed by the president of the Malaysian Bar Council AG Kalidas.

The exposure of this bureaucratic bungling should have made PKR Menteri Besar Amirudin Shari admit OK, let’s stop the chop. Let’s reverse BN’s bad decision. Let’s save the forest.

But sadly, state officials instead resorted to a backdoor move – the 22-year backdated degazettement. They doubled down on their stance. Yup, double cheese, double chicken and double stubborn – until people are so jelak or sick of these games.

Frankly, this seems more like a typically outrageous Umno excuse. To see a Harapan state government resorting to them is disappointing. So now, SACF-S and Khazanah Alam Malaysia (Peka) feel they have no choice but to sue the state to force it to follow the law.

It’s not just them. Altogether 53 CSOs (community service organisations), including ABIM and G25, are also objecting to the bizarre time travel degazette tactic. Moreover, the state has also failed to obey another law to replace any degazetted forest with one of the same size (and quality).

To deepen suspicion, there was no official media statement about the 22-year backdating. Luckily, the sharp eyes of forestry researcher and SACF-S treasurer Dr Teckwyn Lim spotted an obscure entry about this on the Lawnet website on May 5. Otherwise, the three-month limit for legal objections may well have passed by unnoticed. Or maybe that was exactly what some state officials were hoping for?

This seems like a repeat of the secret degazettement of the Kuala Langat forest in 2021. And that involved the same two PKR jokers – Amirudin and Hee. An equally pungent smell came from the attempt to disguise the hush-hush PKNS development of SACF as “conservation”, which I wrote about previously.

I am sorry, but such backdoor tactics are not what I voted for. Will Rafizi Ramli be able to revive real reforms in PKR?

I can only hope that Harapan does not become BN 2.0 one day.