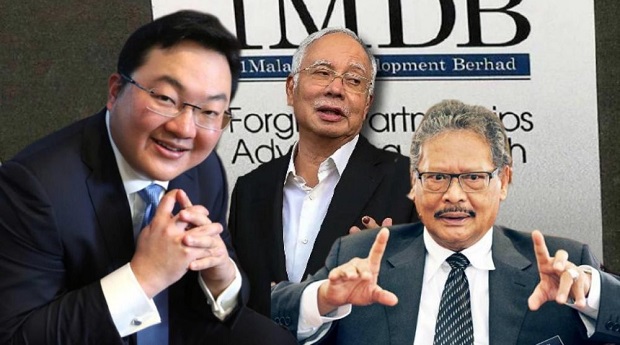 Thus far I really could not believe the defense strategy, the really obtuse defense arguments, the most incredible lame excuses to obviously delay the case from proceeding further and most of all the silly antics of the twice found guilty fellow outside the Courts.

They tried getting a foreign lawyer. When that was denied they changed the lawyer anyway. Then the new lawyer tried to delay the case again. That request too was denied. The general public (who are intensely watching this case which is of great public interest) are relieved that the request to delay the case further was denied by the Courts.

Despite being found guilty by two Courts (High Court and Appeals Court) their attitude seems to be that the whole thing never happened.

Crowds for rent and supporters for rent have been whooping and dancing around the fire but as time gets closer to D-Day, even that appears to have tapered off.  The ‘for hire’ crowds are always there but perhaps the mind is at last thinking about toothbrushes and what type of soap will be available at the Sungel Buloh Resort. Hence they forgot to pay the piper (to organise the crowds).  The food at the resort will still be paid for by us, the taxpayer, but it will not be wagyu beef.

So far the verdicts by the two Courts have been unanimous and convergent. The guilty verdict by the High Court was quite unassailable and it was unanimously reaffirmed by the Appeals Court. So not everyone was fooled by the absolute fool.

And then there was the other case and yet another damning verdict. That libel case by that shrimp which was not only totally dismissed by the Court but the verdict by the Judge was really damning.

For a layman  like me it read like the Judge was saying quite frankly that the fellow should be investigated (obviously to determine the commission of a crime): 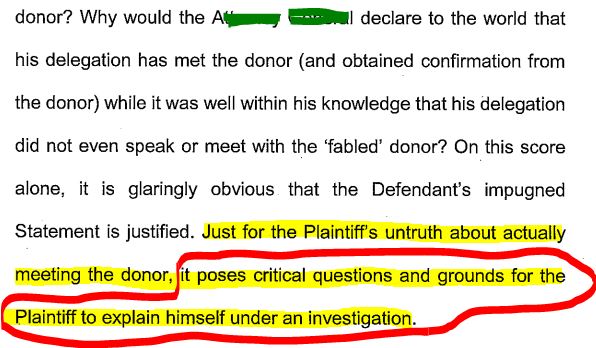 So even in that other case, the Judge and the Court were not fooled.

So I take the score as 3 – 0.  The High Court’s guilty verdict, the Appeals Court upholding the guilty verdict and the judgement in that other case which casts such a bad light on that little shrimp who dismissed the whole thievery.

And hence my belief is the score will soon be 4-0. The train will stop at the Sungei Buloh Station.

Dr Mahathir said that fellow was playing dumb. Buat bodoh.  I disagree. The guy is not acting. It is not a case of ‘buat’-buat’ bodoh. He really is dumb.

Can these folks make it in prison? At this age? And for so long? And what a disgraceful achievement? Your father will be spinning in his grave. And once in jail, people will forget you within weeks. In a year the younger generation will not even know who you were. That is how it works. Forgotten.

But it is never too late. I have said this before and I am saying it again. Strike a deal. Just plead guilty.  Agree to name all your co-conspirators, from the smallest to the biggest. Let out all the worms from the can. Names, dates, places, amounts, what, where, when, who, why and how.

Think about it. Your next station ‘Sungei Buloh’.