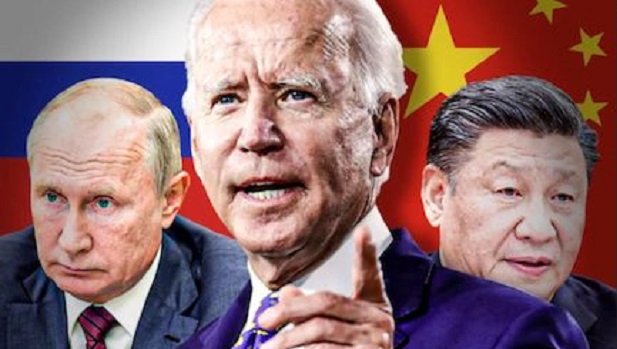 The United States is preparing a new $1bn security assistance package for Ukraine, which will include munitions for long-range weapons and armoured medical transport vehicles, according to Reuters news agency.

The package would be one of the largest so far and is expected to be announced as early as Monday, three sources briefed on the matter told Reuters.

The US has given about $8.8bn in aid to Ukraine since Russia’s invasion on February 24.

The officials, speaking to Reuters on the condition of anonymity, said that President Joe Biden had not yet signed the next weapons package, and cautioned that weapons packages can change in value and content before they are signed.

However, if signed in its current form, it would be valued at $1bn and include ammunition for High Mobility Artillery Rocket Systems (HIMARS), and National Advanced Surface-to-Air Missile Systems (NASAMS) as well as some 50 M113 armoured medical vehicles.

The Pentagon recently announced Ukrainians would be allowed to receive medical treatment at a US military hospital in Germany near Ramstein Air Base.

Last Monday, the Pentagon announced a separate security assistance package for Ukraine valued at up to $550m, which also included additional ammunition for HIMARS.

The White House declined to comment on the package.

HIMARS play a key role in the battle between Ukraine and Russia, which has settled into a war of attrition fought primarily in the east and south of Ukraine.

Moscow is trying to gain control of the largely Russian-speaking Donbas, comprised of Luhansk and Donetsk provinces, where pro-Moscow separatists seized territory after the Kremlin annexed Crimea to the south in 2014.

So far the US has sent 16 HIMARS to Ukraine and on July 1 promised to send two NASAMS.

The armoured personnel carriers outfitted with medical equipment could make the fight with Russia more survivable for Ukrainian troops who could then be sent to Germany for further medical treatment.

The Kyiv government said in June that 100 to 200 Ukrainian troops were being killed every day on the battlefield. AL JAZEERA

Russia has banned investors from so-called unfriendly countries from selling shares in key energy projects and banks until the end of the year, stepping up pressure in the sanctions stand-off with the West.

Western countries and allies, including Japan, have piled financial restrictions on Russia since it sent troops into Ukraine in late February. Moscow retaliated with obstacles for Western businesses and their allies leaving Russia, and in some cases seized their assets.

The decree, signed by President Vladimir Putin and published on Friday, immediately bans investors from countries which supported sanctions on Russia from selling their assets in production sharing agreements (PSA), banks, strategic entities, companies producing energy equipment, as well as in other projects, from oil and gas production to coal and nickel.

Putin could issue a special waiver in certain cases for the deals to go ahead, the decree said, and the government and the central bank should prepare a list of banks for the Kremlin’s approval. The decree mentioned no investors by name.

The ban covers almost all big financial and energy projects where foreign investors still have stakes, including the Sakhalin-1 and 2 oil and gas projects.

On Thursday, Russian state oil champion Rosneft blamed ExxonMobil for falling output at the Sakhalin-1 group of fields, after the U.S. energy major said it was in the process of transferring its 30 percent stake “to another party.”

Separately, a government decree signed on Aug. 2 gave foreign investors at the Sakhalin-2 liquefied natural gas (LNG) project – Royal Dutch Shell and Japanese trading houses Mitsui & Co and Mitsubishi Corp – a month to claim their stakes in a new entity which will replace the existing project.

Shell was looking for options to withdraw from the project while Japan’s government reiterated its wish for the Japanese companies to maintain their stakes there.

Italy’s UniCredit and Intesa, US group Citi and Austria’s Raiffeisen continue to search for options to exit Russia, while others such as Societe Generale and HSBC have found a way out.  -https://english.alarabiya.net/