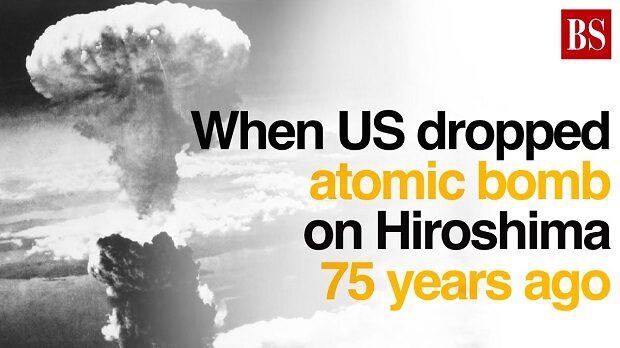 HIROSHIMA (AFP): “Humanity is playing with a loaded gun” as crises with the potential for nuclear disaster proliferate worldwide, UN head Antonio Guterres said in Hiroshima on Saturday (Aug 6), the 77th anniversary of the first atomic bomb attack.

At an annual memorial, Guterres warned of the risk posed by crises in Ukraine, the Middle East and the Korean peninsula as he described the horrors endured by the Japanese city.

“Tens of thousands of people were killed in this city in the blink of an eye. Women, children and men were incinerated in a hellish fire,” he said.

Survivors were “cursed with a radioactive legacy” of cancer and other health problems.

“We must ask: What have we learned from the mushroom cloud that swelled above this city?” 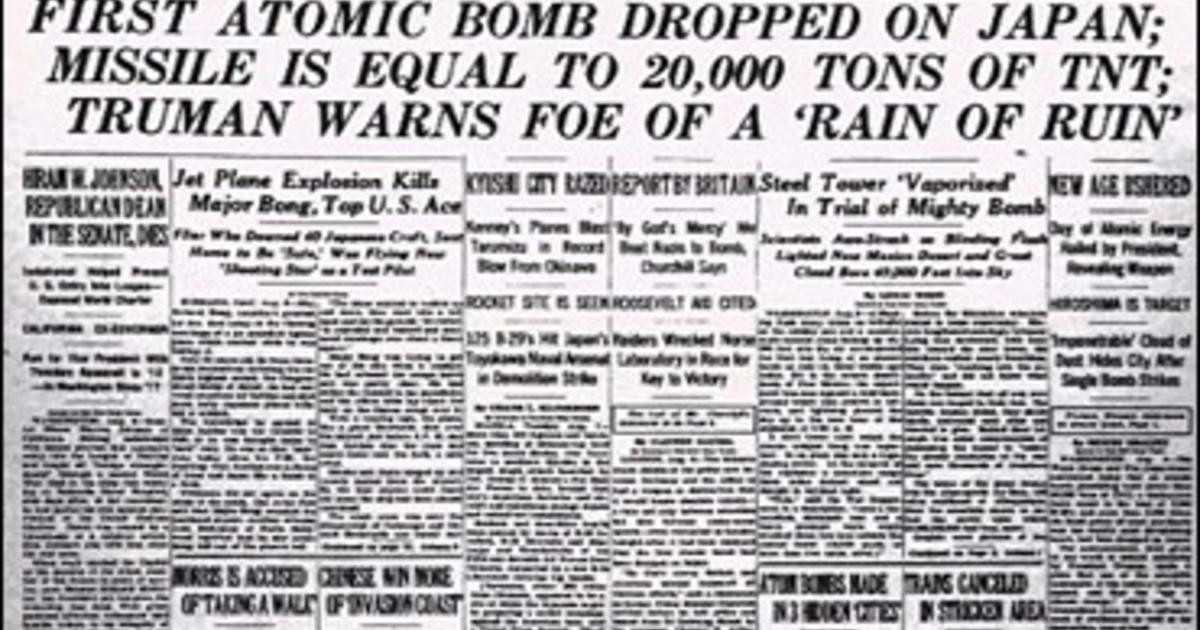 Around 140,000 people died when Hiroshima was bombed by the United States on Aug 6, 1945 — a toll that includes those who perished after the blast from radiation exposure.

Today, “crises with grave nuclear undertones are spreading fast — the Middle East, to the Korean peninsula, to Russia’s invasion of Ukraine”, Guterres said, repeating warnings he made this week at a nuclear Non-Proliferation Treaty conference in New York.

Before dawn, survivors and their relatives began to gather at Hiroshima’s Peace Memorial Park to offer flowers and prayers.

A silent prayer was held at 8.15am, the moment the bomb was dropped.

The Russian ambassador was not invited to the ceremony, but visited Hiroshima on Thursday to lay flowers at the memorial site.

Since Russia invaded Ukraine in February, President Vladimir Putin has made thinly veiled threats hinting at a willingness to deploy tactical nuclear weapons.

In a speech on Saturday, Hiroshima mayor Kazumi Matsui cited Leo Tolstoy, the Russian author of “War and Peace”, saying: “Never build your happiness on the misfortune of others, for only in their happiness can you find your own.”

Three days after the Hiroshima bombing, Washington dropped a plutonium bomb on the Japanese port city of Nagasaki, killing about 74,000 people and leading to the end of World War II.

The United States remains the only country ever to have used nuclear weapons in conflict.

But around 13,000 are now held in state arsenals worldwide, the UN head said.

Saturday was the first time Guterres attended the Hiroshima memorial in person, with a visit last year cancelled because of the Covid-19 pandemic. AFP / ANN

Japan’s ‘sense of insecurity’ is of its own making 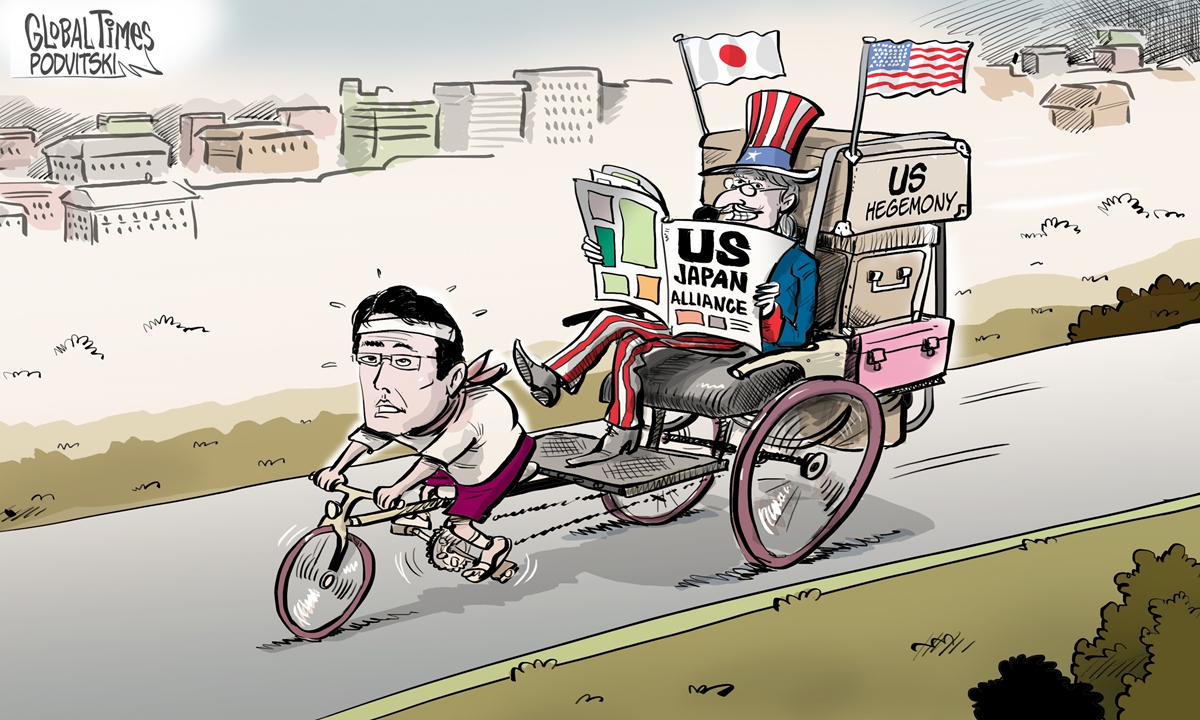 It has been noticed by the media that Nancy Pelosi did not mention “Taiwan” even once when she made public appearances in South Korea. According to reports, when she met with the speaker of the National Assembly of South Korea, and when she spoke with South Korean President Yoon Suk-yeol on the phone, neither side talked about her visit to Taiwan island. However, when Pelosi arrived in Japan, she immediately changed her face and became much more high-profile. She said at a press conference that her trip to Asia was not meant to change the status quo in the region, but the US “will not allow” the Chinese mainland to “isolate Taiwan.”

The reason for this contrast is largely because Pelosi believes she has found an audience, or “confidant,” in Japan. In fact, it is the case. But it must be said that being a “confidant” of the Washington politician – a political pestilence with no bottom line – will only bring shame and disaster to Japan.

The Japanese side has shown closeness to Pelosi, which seems deliberate and abrupt. More importantly, it shows that the Japanese government cannot tell black from white on the Taiwan question and is extremely irresponsible. Japanese Prime Minister Fumio Kishida had a breakfast meeting with Pelosi on Friday. In a speech to the media, Kishida pointed a finger at China, condemning China’s missile drills as a “serious problem that impacts our national security and the safety of our citizens.” He also said that Japan and the US will “jointly work to ensure peace and stability” in the Taiwan Straits. Such statement is a huge irony.

In fact, Japan is the least qualified to make irresponsible remarks on the Taiwan question. It bears historical liability for Taiwan. Japan not only had long-term colonial rule over the Taiwan island, but it also has not thoroughly reflected on it. On the Taiwan question, Japan has violated the Cairo Declaration, Article 8 of the Potsdam Declaration, and the UN General Assembly Resolution 2758, and such moves are unreasonable. Japan has disregarded the serious political commitments to China in the four political documents including the China-Japan Joint Communiqué, which is disloyal. Japan has given up diplomatic autonomy and completely followed in Washington’s strategic footsteps, which is unwise. Japan has also failed to make a reflection and learn lessons from history, and instead, it has disregarded regional countries’ expectations for peace and stability, which is unethical.

In addition, Japan wants to take the opportunity to fan the flames and exploit benefits. In response to Japan’s claim that five ballistic missiles fell in its so-called exclusive economic zone during the PLA’s military exercises on Thursday, China has repeatedly stated that there is no delimitation between the relevant waters surrounding China and Japan, so there is no such thing as a so-called Japanese exclusive economic zone.

Even if there is by any means, isn’t conducting military exercises in the exclusive economic zones of other countries what the US and Japan frequently tout as “freedom of the seas” and the “rules-based” international order?

Japan’s move is very speculative. In addition to trying to use the “exclusive economic zone” to set a trap for China, it attempted to politically manipulate China’s legitimate and necessary military exercises, and exaggerate the “China threat,” so as to pave the way for Japan’s military expansion and constitutional revision. To put it bluntly, Japan now is exploiting all opportunities to break the shackles of the pacifist constitution and promote Japan’s “normalization of national defense” and its ambition to become a major military power. However, if it makes an issue of China’s core interests, it will definitely fail.

Regarding Japan, the Chinese side has sent a very clear message and responded firmly. China strongly urges Japan to abide by the principles of the four political documents between China and Japan and its political commitments on the Taiwan question, stop interfering in China’s internal affairs, handle Taiwan-related issues prudently and properly, and not go further down the wrong path. If Japan follows the US to provoke China’s core interests, then it is likely to suffer a more direct and stronger counterattack from China. It is easier to counter Japan than to counter the US. In this regard, the Japanese side should not have any illusions.

As for the PLA’s military exercises around the Taiwan island, some Japanese media claimed that the exercises may also aim at another target – Japan. Japan is just exposing itself by concealing itself. If Japan truly adheres to the one-China principle, why does only Japan, among regional countries, feel its security is affected by the PLA’s move to deter the US-Taiwan collusion? If Japan tries to interfere with China’s great cause of reunification under the banner of “Taiwan’s troubles are Japan’s troubles,” its sense of insecurity is of its own making. Anyone who wants to meddle in China’s domestic affairs will inevitably have to pay the price. GLOBAL TIMES