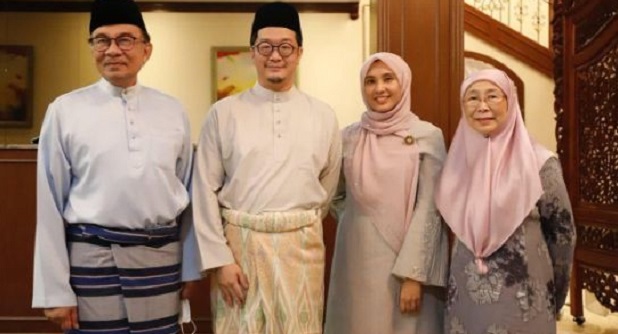 The Permatang Pauh MP, 42, announced on her Facebook Timeline that she has tied the knot with a former Selangor state government official.

Her new husband Yin Shao Loong, 46, had been the strategic communications director in the Selangor state government when International Trade and Industry Minister Datuk Seri Azmin Ali was the state mentri besar.

Yin, who is currently a senior research associate with Khazanah Research Institute, has one child from a previous marriage while his new bride has two.

“On the evening of Aug 5, 2022, represented by the bride’s father, we were safely married among (witnessed by) close family members,” said Nurul Izzah in her Facebook post.

Nurul Izzah was previously married to businessman Raja Ahmad Shahrir Iskandar Raja Salim who is the father of her two children.