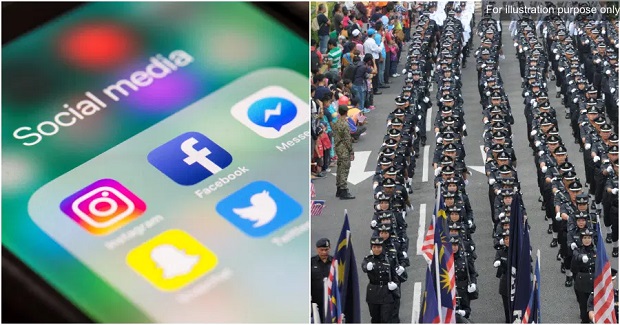 KUALA LUMPUR: The Royal Malaysia Police (PDRM) has been linked to a troll farm that promotes the government and criticises its detractors, according to a report by tech giant Meta.

Meta, in its Quarterly Adversarial Threat Report, claimed that close to 1,000 Facebook and Instagram accounts as well as Facebook groups and pages have been removed for violating the platforms’ policy against coordinated inauthentic behaviour.

“Such behaviour can be defined as the coordinated use of fake accounts to manipulate public debate for a strategic goal,” the company said.

“The network originated in Malaysia and targeted domestic audiences in the country.

“The individuals behind it ran a troll farm – a coordinated effort by co-located operators to corrupt or manipulate public discourse by using fake accounts and misleading people about who is behind them,” said Meta, which is Facebook’s parent company.

The report added that the network was active across the Internet, including Facebook, TikTok, Twitter and Instagram, and posted memes in Malay in support of the current government coalition, with claims of corruption among its critics.

“On Facebook, this network managed pages, including those posing as independent news entities, and promoted police while criticising the opposition.

“Typically, their posting activity accelerated during weekdays, taking breaks for lunch. Their fake accounts were fairly under-developed and some of them used stolen profile pictures. Some of them were detected and disabled by our automated systems,” the company added.

Meta claimed that they have found the network after reviewing information about a small portion of this activity initially suspected to have originated in China by researchers at Clemson University.

“Although the people behind it attempted to conceal their identity and coordination, our investigation found links to the Royal Malaysia Police.