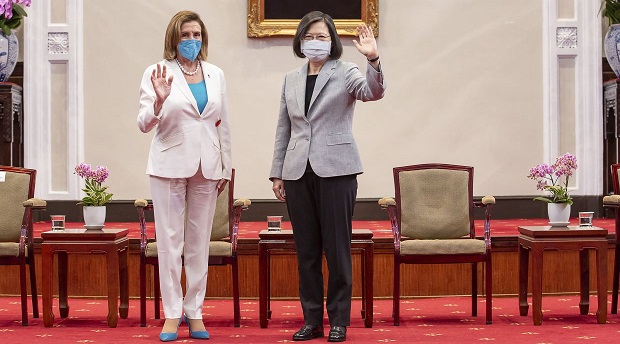 In a Facebook statement in Chinese, Tiong said the United States violated the Three Joint Communiqués and the One China principle with Pelosi’s presence on the self-ruled island.

“While the Covid-19 pandemic and the Russian-Ukraine war persists, we must do everything in our power to maintain stability and avoid any form of divisive actions at this critical juncture.

“What the international community needs is to further strengthen multilateral cooperation instead of pushing for confrontations,” he said, adding that Malaysia will always adhere to the One China principle from the beginning until the end.

Tiong, who is also Bintulu MP, reiterated that both Malaysia and the People’s Republic of China (PRC) are committed to upholding each other’s independence, sovereignty and territorial integrity, and claimed that Taiwan is considered an inseparable part of China itself.
The Three Joint Communiqués are a collection of three joint statements made by the governments of the United States and PRC, playing a crucial role in the establishment of relations between both countries.

Under the second communiqué, the United States recognises that PRC is the sole legal government of China, and acknowledged the PRC’s position that Taiwan is part of China.

Tiong added that the PRC is the sole legitimate government representing the entirety of China which supports the peaceful and harmonious development of cross-straits relationships involving Taiwan.

“On one side, they condemn Russia and object to the country’s intrusion into Ukraine while calling for Ukrainian sovereignty to be respected; but on the other hand, they intend to interfere in the internal affairs of countries near the Taiwan Strait and use Taiwan to create fissures in China,” he said, adding that such actions set a bad example amongst the international community.

Tiong, however, said he was hopeful tensions will ease and called for the United States to assess the situation carefully.

He said Malaysia cherishes the deep-rooted bilateral partnership between the PRC over the years and is committed to further deepening existing bilateral cooperation based on the One China principle.

Pelosi and her congressional delegation arrived in Malaysia early Tuesday as part of the official visit to four Asian countries.

Kuala Lumpur is Pelosi’s second stop after Singapore on Monday before heading to South Korea and Japan, culminating in her arrival at the self-ruled island of Taiwan late Tuesday in a closely watched trip.

China considers Taiwan part of its territory and has never renounced using force to bring it under its control. The United States warned China against using the visit as a pretext for military action against Taiwan.

Shortly after Pelosi’s arrival, China’s military announced joint air and sea drills near Taiwan and test launches of conventional missiles in the sea east of Taiwan, with Chinese state news agency Xinhua describing live-fire drills and other exercises around Taiwan from Thursday to Sunday.