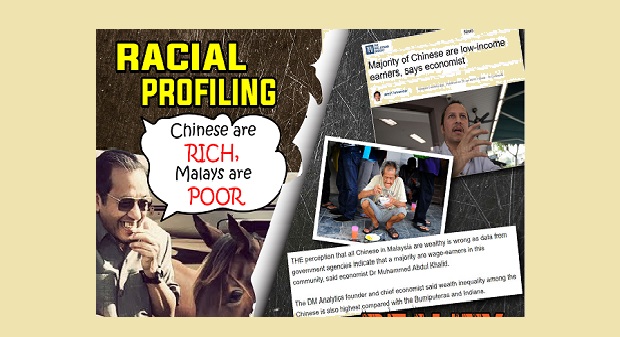 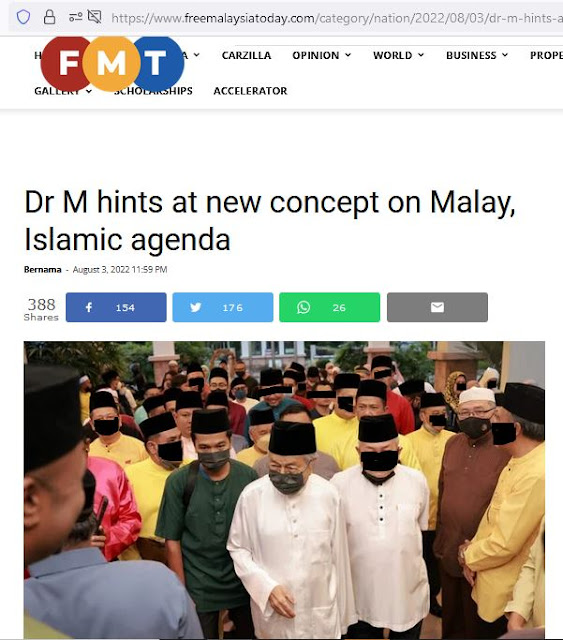 Dr Mahathir to unveil new concept based on the Malay and Islamic agenda.

Proton failed and made the Malays poor because the protectionist policies to keep Proton alive increased the prices of cars in the Malaysian market to two, three or four times the world market prices. The Malays became poorer. And there is no Malay automotive manufacturing class. I personally do not know anyone who even worked at Proton as a technician or as an engineer, in comparison to a nation of 32 million people. Yt 32 million people were made poorer by the highest car prices in the world – just to keep Proton alive.

Perwaja failed, Bank Bumi failed. There were so many failures.

So what shall be the new agenda?

Dr Mahathir hinted at new concept in an effort to reunite the Malays in the struggle to defend Malaysia.

“This is a Muslim-Malay group. The move is necessary if we want to save our country, our nation, our religion,” he said.

Who are your enemies?

The government tax collection per year is about RM160 Billion. That is all the tax revenue we get.  The PM said Malays own 17% of corporate wealth. Your Flying Car man said Malays contribute less than 10% to GDP growth.

So how much do Malays contribute to our national tax collection? Not all Malay corporates make profits to enable them to pay taxes. Often, when they make losses,  Malay run corporates have to be bailed out using taxpayers money.

The bulk of the governments tax revenue of RM160 Billion obviously comes from the 30% non Malay population of the country.

So how shall we save the country? Who is the enemy?

I have a suggestion for Dr Mahathir. Please include in your new agenda, a program for the Malay / Muslim community to increase their contribution to the tax revenue of the government. Isnt that a great idea?

If the Malays /Muslims make up 70% of the population, then they should also contribute a minimum 70% of the government’s tax revenues. Isnt that an Islamic suggestion? Isnt that fair and just?

Otherwise the 70% Malay/Muslim population is consuming from the huge amounts of tax revenues contributed by the 30% non Malay / non Muslim population. Is that Islamic? Is that fair?

So how shall we save the country? Who shall be our enemies?

Here is something really, really shocking. This is a timetable from a sekolah kebangsaan somewhere in Selangor. This is Darjah 1 or Tahap 1. 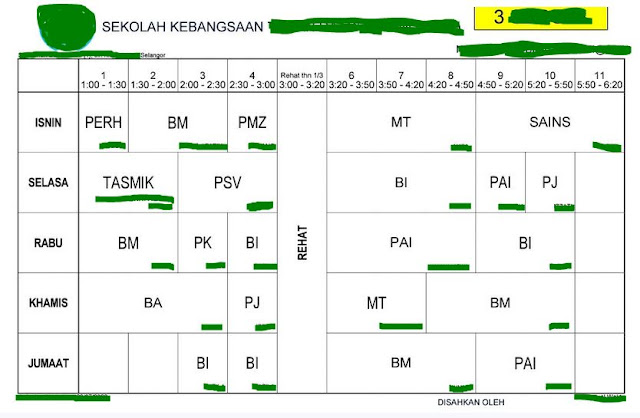 In this school timetable in every week there are :  11 periods of agama /  arab / tasmik. Then there are 8 periods of English, 5 periods of maths and only 3 periods of science.

When I was in school we studied one period of agama per week. I can assure you in Singapore, Vietnam, even Indonesia, Korea, China there are no 11 periods of agama.

When their children grow up, our kids will be working for them. Our kids will certainly be buying all their daily survival needs from them (cars, clothes, tvs, phones, lap tops etc).

So how shall we save the Malays/ Muslims? Shall we increase the agama classes in schools? Shall we make it 20 periods of agama per week? The more the better?

How shall we save the Malays/Muslims?