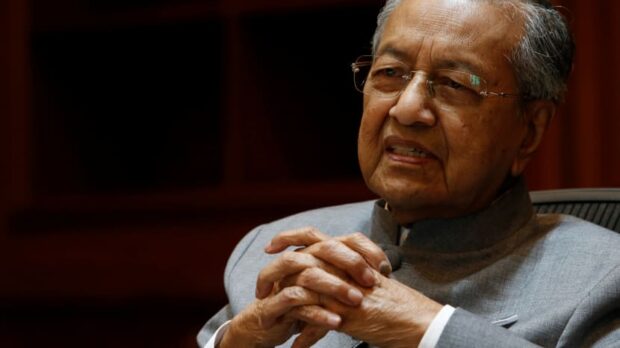 Dr M forgets how he divided the Malays – Isham

An Umno leader has taken a swipe at Dr Mahathir Mohamad’s move to form another Malay-Muslim-based movement, claiming that the former premier had been the one to divide the Malays.

Abdullah Ahmad Badawi and Najib Razak, as well as Opposition leader Anwar Ibrahim, as having divided and weakened the Malays’ strength.

“He (Mahathir) said this new political movement is supposed to unite the Malays. He forgot how he was the one breaking apart the unity of Malays in Malaysia.

“Then he fought with Najib until the Malays were divided and Bersatu was formed.

“Two years ago, he fought with Muhyiddin and Bersatu was divided to form Pejuang,” said Isham in a Facebook post today. Isham was responding to a Bernama report yesterday that quoted Mahathir as saying he will be leading a new movement based on the Malay-Muslim agenda, involving several Malay political parties and NGOs.

Bernama reported that Mahathir is expected to launch his new movement later today at the Perdana Leadership Foundation.

Both Putra and Iman had made their electoral debuts during the Malacca state elections in 2021, each contesting five seats and one seat, respectively.

Berjasa, meanwhile, was formed as a PAS-splinter party in the late 1970s – over the years, it entered into various political partnerships – including contesting in the last 14th general elections as part of the PAS-led Gagasan Sejahtera pact with Parti Ikatan Bangsa Malaysia (Ikatan)

“He lost the Johor state elections, losing deposit in all seats, so he’s unhappy and now wants to form a new Malay parties movement to split the Malay votes further.

“Because he knows it will be difficult to win any seats in an election, so he can only split the Malay votes.

“If he manages to split the Malay votes, then Harapan and DAP will win,” he claimed.