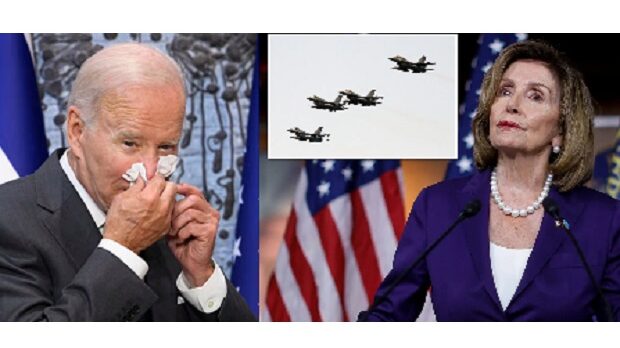 The path of House Speaker Nancy Pelosi’s US military plane to Taiwan was notable for how carefully it avoided the South China Sea.

The closely watched trip was one of the most controversial official US visits in recent memory, and her route underscored a remarkable degree of caution as Washington tries to avoid further angering Beijing and triggering unintended consequences.

“I imagine the flight path will take extra caution into considerations,” said Meia Nouwens, a senior fellow for Chinese defense policy and military modernization at the International Institute for Strategic Studies in London. “Of concern may have been the militarization of the three largest Chinese man-made islands in the Spratlys, which are equipped with permanent defense facilities and weaponry.”

Pelosi’s visit to democratically ruled Taiwan, which is claimed by China, has heightened tensions between Washington and Beijing. As Pelosi arrived in Taiwan, China announced it would stage a series of military drills including “long-range live firing” near Taiwan starting as soon as Tuesday evening, as well as more drills encircling the island on Aug. 4.

It reflected China’s strong condemnation of the visit by the highest-ranking US elected official in 25 years.

A lot has changed since then, with China growing in economic might and becoming more assertive on the world stage. In 2015, US Defense Secretary Ash Carter didn’t equivocate in telling China publicly that “the United States will fly, sail and operate wherever international law allows, as we do around the world, and the South China Sea will not be an exception.”

Relations between the two countries have deteriorated to probably “the lowest moment” since former President Richard Nixon’s landmark visit to China in 1972, in the view of the US envoy to Beijing.

Biden administration officials have played down any notion that they had control over the visit of an official in a coequal branch of the US government, saying they were doing nothing to disrupt the sensitive status quo on the status of Taiwan. BLOOMBERG 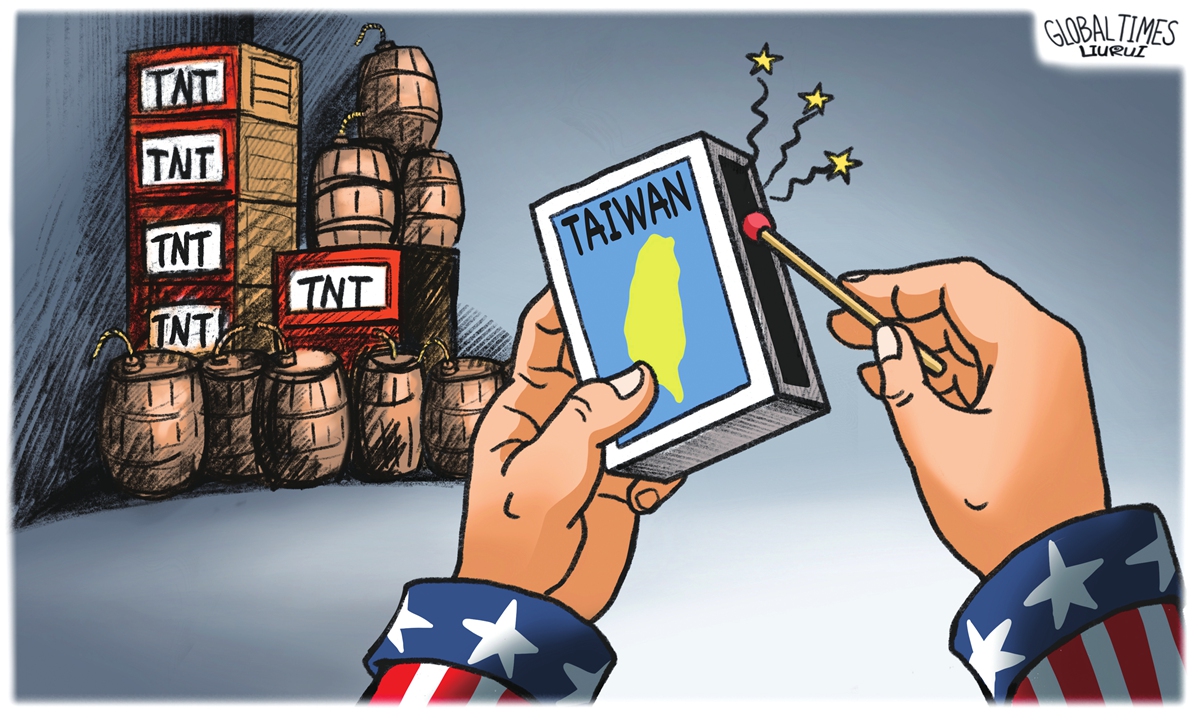 On Tuesday night, US House Speaker Nancy Pelosi sneakily landed in China’s Taiwan island like a thief, detonating the mine she has thrown over the situation in the Taiwan Straits and China-US ties. China has repeatedly warned on how egregious the nature of the visit and how serious the consequences could be. But Pelosi turned a deaf ear, neither did Washington take effective measures to stop it, which triggered a new round of tension and severe challenges across the straits.

This time, the whole world has seen clearly who is changing the status quo in the Taiwan Straits, who provoked first, and who is undermining cross-Straits peace and stability. It is a great irony that these three points have been exactly US and Western public opinions’ targets of attacks against China for some time. The Taiwan Democratic Progressive Party (DPP) authorities have taken the chance to make itself the “victim” and play the pity card. All of a sudden, the international public opinion concerning Taiwan was stirred into pandemonium.

But in the face of Pelosi’s visit to Taiwan, US’ rhetoric to call black white, its hegemonic mentality and gangster logic, as well as the essence of the DPP authorities’ moves to “rely on US support for their independence agenda”, are all exposed. US Secretary of State Antony Blinken’s false countercharges could not even convince US allies and partners, nor could they explain US’ behaviors. Former Australian prime minister Paul Keating, Singapore’s Prime Minister Lee Hsien Loong and others have expressed concerns about a possible conflict broken out between China and the US, which is certainly not an endorsement of Pelosi’s behavior. The DPP authorities, which normally have strong desire to put up a show, is unusually low-key this time before the visit, which tells how diffident it is.

Pelosi’s stupid, reckless, dangerous provocative actions welded the entire responsibility for undermining peace and stability across the Taiwan Straits to the US and the DPP authorities. This is a new escalation of collusion between the US and the Taiwan island, a serious and destructive change to the status quo in the Taiwan Straits, and it is also betrayal of US’ serious political commitment to China. In addition to violating the one-China principle and the Three Communiqués between China and the US, the visit also violates the United Nations Resolution 2758. Some politicians in the US use the so-called separation of powers as a guise to try to shirk responsibility. Their argument doesn’t hold water at all.

Any independent sovereign country will never allow external interfering forces and internal separatist forces to jointly conspire to undermine its sovereignty, security and territorial integrity, let alone a big country like China. To defend China’s core interests, any countermeasures taken by China are legitimate and necessary, and are exercising the rights that a sovereign country has. In fact, compared to the forms, the effect of the countermeasures is more important.

First of all, the great risk Pelosi created must backfire on herself. In other words, we should create the risk of Pelosi’s Taiwan visit to significantly increase the cost of her political performance and enhance the price she has to pay. We should make people like Pelosi understand that Taiwan is not a place where they can visit at will. The route of the plane Pelosi took on Tuesday shows that the aircraft circled over the South China Sea in apparent fear of the PLA conducting live-fire exercises in the relevant waters. China’s military deterrence actions have made Pelosi feel the danger.

Second, China’s countermeasures will not be one-off but a combination of long-term, resolute and steadily advancing actions. Just as Pelosi was on her way to Taiwan, the PLA Air Force has sent its Su-35 fighter jets to cross the Taiwan Straits. PLA Eastern Theater Command will hold joint military operations around Taiwan island with joint maritime and air drills in north, southwest, southeast of island, long-range artillery shooting in Taiwan Straits, and conventional missile test firing in sea regions east of island starting Tuesday night. PLA will also conduct important military exercises and training activities including live-fire drills surrounding the island of Taiwan, from Thursday to Sunday.

From the de facto breaking of the “median line” of the Taiwan Straits, to PLA’s regular patrols in Taiwan’s southwest “airspace” and full circle flights around the island, to the clear emphasis that the Taiwan Straits are not international waters, every provocation by the US and Taiwan in recent years has been countered by the mainland’s further strengthening of actual control over the Straits. This time won’t be an exception.

Third, China’s countermeasures fundamentally aim to promote the process of national reunification. The time and momentum to achieve the reunification of the motherland are always firmly in our own hands. No matter what form they take to support Taiwan and contain the mainland, forces like Pelosi cannot change the historical and legal fact that Taiwan belongs to China, nor can they hinder the trend of China realizing full reunification. It should be noted that every step external forces, such as the US, and the DPP authorities take to upgrade their collusion and provocations, the faster China will realize the full reunification.

Like a “political god of plague,” Pelosi didn’t do any good to the region except bringing risks and tensions to Taiwan. Some media in Taiwan have revealed that the DPP authorities had secretly withdrawn its invitation to Pelosi, but had to continue to arrange the reception under the censure of the US politician. This piece of news is quite intriguing, as it vividly demonstrates the DPP authorities’ low and shady mentality and Pelosi’s peremptory and selfish attitude toward Taiwan. It is a true microcosm of the relationship between the US and Taiwan. It is also a disgrace and sorrow, to which the reunification of the two sides of the Taiwan Straits will put a complete end. GLOBAL TIMES