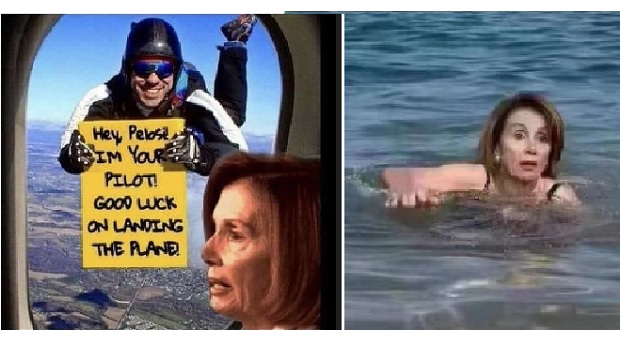 This is China's Serious Warning against the ill-intensioned visit to Taiwan by #Nancy Pelosi, Speaker of the House, the United Staed of America pic.twitter.com/ErJ0PulNPD

When you think Taiwan is not a part of China pic.twitter.com/HuUHfGj29A

Nancy Pelosi is putting everyone in a bind by visiting Taiwan https://t.co/RQOtaaI9jn

On the streets of Taiwan

Around 100 anti-war activists and Chinese Americans protested outside of the Federal Building in San Francisco on Mon, urging US House Speaker Nancy #Pelosi to cancel the possible trip to the island of #Taiwan, the San Francisco Standard reported.pic.twitter.com/GOp6jLAXtv

Chinese tanks moving on Fujian beaches in Taiwan proximity as people are out there swimming. pic.twitter.com/Mp7YDq65F6

"Former ROC (Taiwan) ambassador to New Zealand" lashes out at Nancy Pelosi's visit to Taiwan! Says, US is putting oil on the fire.

Same script as Ukraine. US is pushing Taiwan towards war against China like they did with Ukraine. pic.twitter.com/LfumI7LF53

It is time for China and #Taiwan to reunify pic.twitter.com/wOhXYRuTV7

Nancy Pelosi is willing to risk starting a war with China so that she can make massive profits on her husband's insider trading deals on computer chips.#Pelosi #Taiwan. pic.twitter.com/wiyR7TZGOc

Some Chinese fantasize that Pelosi's plane was shot down, then they made this picture…#Taiwan#TheGreatTranslationMovement #大翻译运动 pic.twitter.com/P0dBVRS7UE

The US banned Hawaiian language, poisons our water, invaded our country, & illegally occupies Hawaii to this day, but speaks of 'supporting Taiwan independence'. My mother's hands were broken for speaking Hawaiian in school, and we are punished TODAY for speaking Hawaiian. pic.twitter.com/rkLLkDh7gl

The most-tracked aircraft in the world right now is a US Air Force jet that took off from Kuala Lumpur, as Internet users seek to track US House Speaker Nancy Pelosi on a trip to Taiwan.

Almost 300,000 users are following every move of “SPAR19”, a US Air Force-operated Boeing C-40C, according to FlightRadar24. Taiwan’s Liberty Times newspaper had earlier reported that Pelosi is expected to arrive at 10.20pm local time via private plane at Songshan airport in Taipei, which also hosts a military base.

There is no official confirmation that Pelosi is on the plane. Her potential trip to Taiwan has infuriated Beijing, which views the island as its territory and has warned of consequences if the trip goes ahead.

The SPAR19 flight took off from Kuala Lumpur’s Subang Airport at approximately 3.40pm, but headed east toward Borneo island instead of northeast to Taiwan.

The top 10 most-tracked flights in the world were going to Taiwan, according to FlightRadar24 data. The second most-tracked plane on Tuesday after SPAR19 was a China Airlines flight from Jakarta to Taipei, with almost 20,000 followers.

A representative for the flight tracking company couldn’t immediately respond to requests for comment. – – Bloomberg