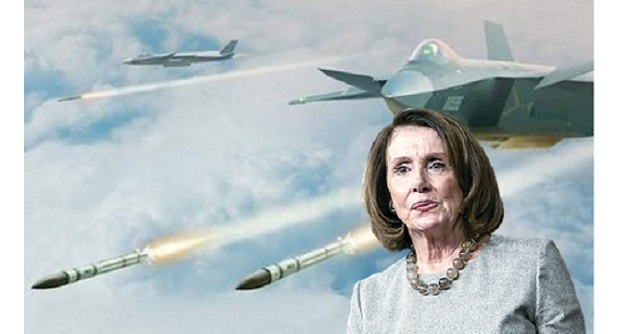 Good that you, Biden and the US military appear to have decided that a stopover or even a layover in Taipei is an unnecessary provocation which would not serve the interests of the Americans, Taiwanese or the rest of the world.

Apparently war hawks and wannabe Republican leaders such as former US secretary of state Mike Pompeo, who had tweeted that they will accompany you on your possible trip to Taiwan, have also chickened out.

This development seems to be taking place following the warning by Chinese state media commentator and Global Times editor Hu Xijin that you and other accompanying congress members will be targeted.

“If US fighter jets escort Pelosi’s plane into Taiwan, it is an invasion. The Chinese military has the right to forcibly dispel Pelosi’s plane and the US fighter jets, including firing warning shots and making tactical movement of obstruction. If ineffective, then shoot them down,” Xijin wrote in a tweet, which has been removed due to apparent violation of Twitter rules.

Given the conservative media’s bad mouthing of you, your Congress colleagues and Biden on the apparent capitulation to Beijing, you may still change your mind. Please don’t do a somersault.

Meanwhile here’s some advice which will serve the cause of peace and also your own political and financial interests.

First, as the third most important political leader of the United States, you should focus on the domestic problems of your country rather than take off on what has been described as a “junket, publicity-seeking excursion, or propaganda exercise”.

As a representative of California’s 12th congressional district you must know that your district – as with the rest of San Francisco – is in a deep crisis from homelessness, drugs, crime and security, migrants, climate change and other socio-economic and political problems.

You will have known of the severity of these domestic issues even before you won office more than 30 years ago. It is better for the voters who have put their faith and trust in you that you devote the rest of your political time to resolving these issues instead of wandering off to parts of the world which everyone knows you have little interest in or concern about.

By comparison, a trip to the border with Mexico to help put the spotlight on how the United States is mishandling its worst migrant crisis would be a bigger PR win for you and the Democrats.

Some less charitable critics have suggested that it is also better for you to spend more time guiding your husband who apparently has recently taken a beating in the share market. Earlier you will have received criticism about Paul’s Nvidia stock purchases which led to calls to crack down on insider trading in Congress.

Correcting your domestic record or image does not really necessitate travel to and setting off a fire in the China part of the world. Here’s some advice and guidance from some key players that your media team may have missed passing to you

From Chinese President Xi Jinping’s recent phone chat with Joe Biden: “Resolutely safeguarding China’s national sovereignty and territorial integrity is the firm will of the more than 1.4 billion Chinese people. … Those who play with fire will perish by it.”

From Trump on China: According to then National Security Adviser John Bolton’s memoir, Trump liked to point to the tip of one of his Sharpies and say, “This is Taiwan,” then point to the Resolute desk in the Oval Office and say, “This is China.” “Taiwan is like two feet from China,” Trump told one Republican senator. “We are 8,000 miles away. If they invade, there isn’t a f***ing thing we can do about it.”

The United States of America and the People’s Republic of China (emphasise) that both sides wish to reduce the danger of international military conflict. Neither should seek hegemony — that is the dominance of one nation over others —in the Asia‐Pacific region or in any other region of the world and each is opposed to efforts by any other country or group of countries to establish such hegemony.

“The Government of the United States of America acknowledges the Chinese position that there is but one China and Taiwan is part of China.”

Finally, Nancy, here is my own proposal. I and also many others in Asia would like to sponsor a trip for you to Xinjiang, Hongkong, Tibet and other parts of China where you may have concerns about, so that you have the opportunity to speak to the people there about your take on the many problems of China and how you are helping to lead them to democracy, freedom and the American Dream.