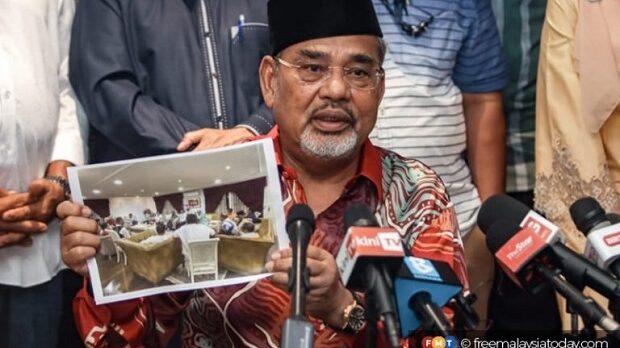 PETALING JAYA: Pasir Salak MP Tajuddin Abdul Rahman wants to return to his constituency to be a “ketua kampung” (village leader), he said today in jest, after taunts over his failure to become Malaysia’s ambassador to Indonesia.

“I want to go back to the village and be its leader. I will become the village leader and the struggle will continue,” he said in jest during a debate in the Dewan Rakyat today.

Tajuddin had said that he and opposition leader Anwar Ibrahim should have both retired from politics by now.

His remark drew ridicule from several opposition MPs, who noted that Tajuddin could not even become Indonesian ambassador.

“(You) could not even pass as an ambassador”, quipped Hanipa Maidin (PH-Sepang). Shamsul Iskandar Md Akin (PH-Hang Tuah Jaya) teased him saying: “It’s a loss (for Tajuddin) not to be ambassador, shame on us.”

The source confirmed that his name was not included in the latest list of diplomats receiving their letters of appointment as ambassadors and heads of missions from the Yang di-Pertuan Agong.

The source said the government had “changed its mind” with regard to Tajuddin’s appointment, after criticism from several parties including former diplomats.

Tajuddin reportedly described some of the criticisms regarding his appointment as “unfair”.