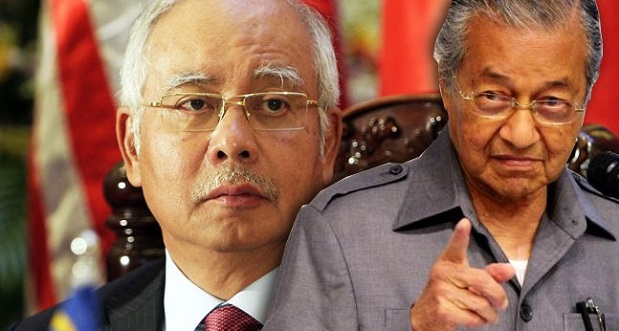 Dr M: No paper trail linking me to UKSB money, unlike Najib and 1MDB

Dr Mahathir said it was “impressive” how Najib tried to claim that he had received RM2.6mil from UKSB, an allegation which the Langkawi MP denied last week.

Dr Mahathir pointed out Najib was found guilty in the SRC International case and has ongoing hearings regarding the 1MDB case where he was facing four charges of using his position to obtain bribes totalling RM2.28bil and 21 charges of money laundering involving the same amount.

“All that money has a paper trail and digital footprint – and it is all related to Najib.
“This is different from the statement in court by David Tan from UKSB, where (he claimed) the money was given through my nephew Tan Sri Rahmat (Abu Bakar), not to me (directly).

“There is no evidence of monies entering my account or me receiving the funds or if Tan saw that the money was handed over to me,” tweeted Dr Mahathir on Monday (Aug 1).

“All that’s there is Tan’s statement, based on his ‘buku 555’ ledger,” said Dr Mahathir.

Dr Mahathir noted that Rahmat had also denied handing over any cash to him.

“Rahmat also explained that he received RM1.3mil as remuneration for positions as adviser and chairman of UKSB,” added the Langkawi MP.

According to Dr Mahathir, Rahmat resigned from UKSB shortly after and he returned the RM1.3mil.

“Rahmat also has letters and documents to back up what he stated,” said Dr Mahathir.

“I did not receive any of that money,” added Dr Mahathir.

“This is something that can be easily understood. But, Najib pretends not to understand it,” said Dr Mahathir.

Dr Mahathir is believed to be responding to Najib’s Facebook post on July 25, where the Pekan MP raised several questions following claims that the Langkawi MP received RM2.6mil in cash when he became prime minister in May 2018.

Najib brought up the controversy years ago, when he was accused of receiving RM2.6bil from the Saudi royal family.

Najib said the controversy led to him being charged nine times under the Anti-Money Laundering, Terrorism Financing And Proceeds Of Unlawful Activities Act (Amla), and another six charges for returning the money to the Saudi Royal family in August 2013.

“That is why I was never charged for robbing or stealing or using those RM2.6bil funds, but I was charged under Amla.

“However, no Pakatan Harapan or Perikatan Nasional leader has ever issued a statement admitting that the RM2.6bil was returned – just to maintain the perception that I had stolen from those funds to buy rings and handbags, among others,” said Najib.

Najib then questioned if Dr Mahathir had returned the RM2.6mil claimed in the UKSB case.

On July 25, during the corruption trial of former deputy prime minister Datuk Seri Ahmad Zahid Hamidi, Tan had testified that Dr Mahathir, who was Parti Pribumi Bersatu Malaysia chairman at the time, received donations for the party’s use through Rahmat.

Tan said the code name “Kedahan” was used for Rahmat in UKSB’s ledger for the company’s monetary outflow.