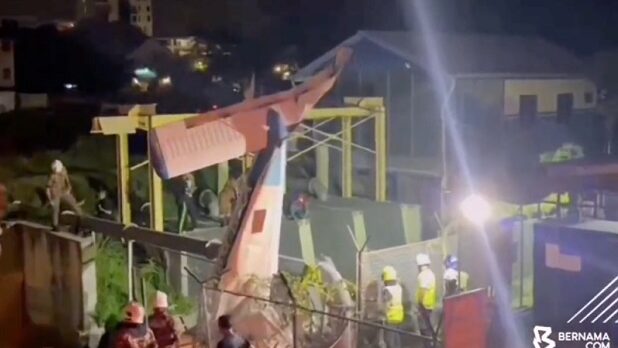 A flight instructor was killed while another person was injured in a plane crash in Ipoh, Perak, this evening.

According to information furnished by the Perak Fire and Rescue Department, the 8pm incident saw a light aircraft crash at Jalan Raja Dr Nazrin Shah.

Malaysiakini learned that the injured victim was rushed to the hospital.

A fire department spokesperson said the deceased has been identified as Juffa, 52, while the injured victim was identified as Fikri, 62. MKINI IPOH: At least two victims are believed to be trapped in a light airplane that crashed near Taman Golf here.

A Perak Fire and Rescue Department spokesman said they received a distress call about the incident at 8.10pm.

“Upon arrival at the scene, we saw a small plane that had crashed near a water pump,” he said. ANN