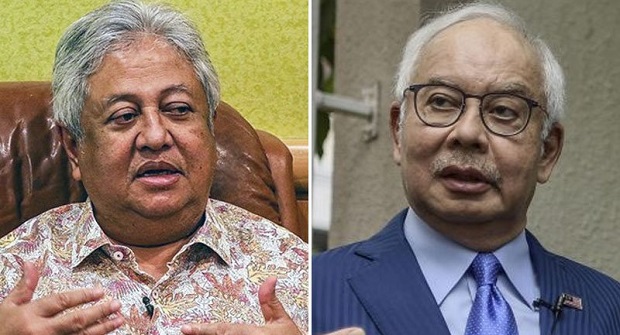 Zaid’s ‘village idiot’ defence of Najib
“But he that sows lies in the end shall not lack of a harvest, and soon he may rest from toil indeed, while others reap and sow in his stead.”

For the record, former prime minister and convicted felon Najib Abdul Razak as a rich person is entitled to the best defence money can buy.

I am just not seeing that in public statements by Zaid Ibrahim. The lawyer’s public exoneration of Najib is filled with illogical talking points.

For instance, when Zaid said, “Now, I am convinced Najib was lied to. Not only by Jho Low but also by his officers. He was misled by his officers in 1MDB and lied to by Goldman Sachs and Aabar Investments in Abu Dhabi.”

All right, so the prime minister of Malaysia, was lied to by a dodgy young educated charlatan, his own people and foreigners?

In other words, Zaid would have us believe that despite sworn testimony to the contrary, Najib was so gullible, not to mention, accessible, that a cadre of con artists took him for a wild ride and stole all our money.

And then there is this – “So the loss of billions of ringgit, in my opinion, was not because of Najib’s fault or in other words, he was not the one who planned it.”

So, in other words, the courts and the people of Malaysia should forgive Najib, because he did not plan to steal from the coffers but was stupid enough to believe the thieves who stole from the coffers.

Zaid admits that as prime minister Najib is responsible for this matter – but this is supposedly a different issue because he did not intend to shortchange the Malaysian public.

Yes, but he did benefit from that short change, not to mention, lie, scheme and corrupt institutions of governance all in the service, according to the logic of Zaid, of the people who conned him, since he apparently did not plan anything.

Keep in mind that Najib was convicted of committing those acts. Is this what Zaid wants people to believe?

Zaid calling out those institutions involved in this fiasco does not offer any probative value to Najib’s defence but merely exposes the systemic dysfunction in public and financial institutions.

It is the equivalent of attempting to smear everyone with manure and hoping that nobody notices the stink coming from your client.

Zaid says that the anger is solely on Najib and this is unfair. Well, no, the focus may be on Najib, because he was caught and convicted, but the focus is also on the corrupt system that breeds political operatives like Najib.

Najib is hardly an anomaly but rather the logical conclusion of a system predicated on feudalistic privilege and corruption.

And it gets even sleazier. Zaid moves from legal counsel to Umno pitcher for Najib when he says this – “I feel it is appropriate if Umno can explain. Don’t be afraid of being accused of supporting someone who is corrupted. You have to be confident in your leader.” Really?

Look, the Umno base for whatever reasons has bought into the Bossku propaganda.

Najib has demonstrated that he can win elections, to the point that everyone else in the Malay uber alles establishment is trying to outplay a convicted felon.

The only people standing in Najib’s way are the refuseniks in Umno for their own personal sordid reasons.

So why is Zaid playing the political card by attempting to coral support for Najib within Umno?

The only conclusion any rational person can make is that Zaid hopes for a safe harbour in Umno led by Najib loyalists.

Now the establishment is attempting realignment and since the idea of the DAP being part of any government is anathema to the mainstream political establishment, they are banking on nostalgia and political stability to win the next general election, thereby maintaining the racial and religious hegemony which they assume is their birthright.

Referring to the people who opposed the meeting between Najib and the Yang di-Pertuan Agong as a group of ingrates is exactly the kind of identity politics that everyone is pushing now. So, it is not surprising.

However, to be fair to those groups of ingrates, the Agong meeting with a convicted felon who is also a scion of the political establishment is demonstrative of the kind of politics at play here and perhaps the shape of the things to come.

Zaid wants the public to make a fair judgment on Najib. What this really means is that he wants the urban educated polity to get off Najib’s back.

The reality is that most of the Umno base has no interest in “…the issues such as the role of Goldman Sachs, 1MDB, the witnesses and the prosecution”.

What they believe is predicated on how strong the feudal system is and the manner in which information is curated.

Maybe the mainstream political establishment wants this sandiwara to come to an end, so who knows, Najib’s loss at this final juncture could be followed by a generous pardon, thereby ensuring that justice was seen to be done but was not done, to any just conclusion.

This would really bother that group of ingrates.

If the best defence cash can buy is the village idiot defence, this seems fitting for a political establishment that wants to ban Oktoberfest.

(Village idiot is someone who lives in a village and is considered stupid or crazy by the other people that live there – Macmillan dictionary).