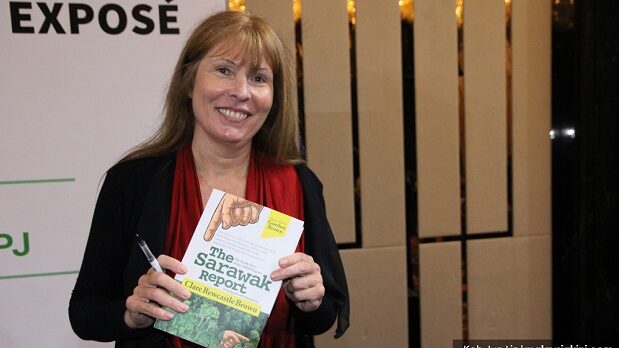 During today’s first day of court hearing of her civil action against the defendant and Sarawak Report founder Clare Rewcastle-Brown, the plaintiff contended that the book ‘The Sarawak Report – The inside story of 1MDB’ falsely painted her as having the ability to exercise influence in TIA’s formation in 2009.

The royal family member claimed that the book authored by Rewcastle-Brown falsely claimed that the plaintiff helped businessperson Low Taek Jho, popularly known as Jho Low, to obtain a role as adviser to TIA.

“The statement (from the book) also showed as if I have used my position as well as role to influence and form TIA and permitted the establishment of the sovereign wealth fund. I emphasise here that I not only did not have a role, influence, or involved myself in the formation of TIA, in fact, I do not have knowledge at all in relation to it.

“The statement also portrayed as if I was involved, which I vehemently deny here, in practices which are illegal, lacking integrity, and immoral, including corrupt practices and as if I had a close relationship with the individual named Jho Low, an individual that is not only suspected and pictured through his reputation as well as media reports as a ‘playboy’, lacks character, is involved in promiscuity and is immoral in society’s view in the country. In fact, he is a person who is wanted by the authorities.

“I emphasise that I have never given my consent to Low or any parties in the relation to the establishment of TIA, or interfered in any matter related thereto, including obtaining any role or appointment in TIA for any individuals. In fact, I do not know Low,” the sultanah said through her witness statement tendered and taken as read before the Kuala Lumpur High Court. 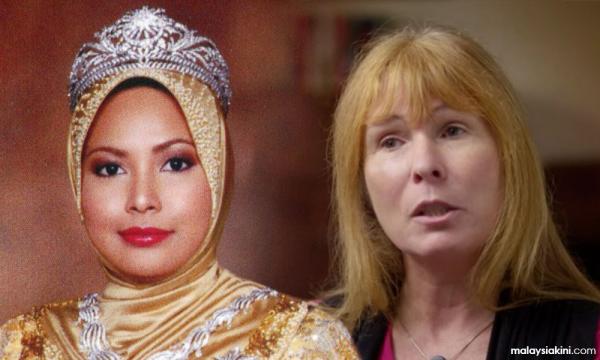 However, later during cross-examination by Rewcastle-Brown’s counsel Americk Sidhu, the plaintiff conceded that the alleged defamatory statement was only contained in the first edition of the book in mid-2018 and that later editions later that year removed the purported defamatory statement.

Sultanah Nur Zahirah testified that despite an attempted apology by Sarawak Report later in 2018, she proceeded with the filing of the legal action as the apology was equivocal (open to more than one interpretation) rather than unequivocal (leaving no doubt on the words’ meaning).

The online hearing before judge John Lee Kien How @ Mohammad Johan Lee will continue this afternoon.

Sultanah Nur Zahirah alleged that Rewcastle-Brown used defamatory statements in the book, which was printed by Vinlin Press in August 2018.

The plaintiff claimed she was not involved in either the administration of the state or the setting up of TIA, and alleged that the statements had caused her embarrassment and tarnished her reputation in the eyes of the public.

Sultanah Nur Zahirah is seeking RM100 million in damages and wants the second defendant Chong to withdraw the books containing the defamatory statements, as well as stop third defendant Vinlin Press from printing more copies of the book.

In their statement of defence, the three defendants denied they had ever accused Sultanah Nur Zahirah of having been involved in corruption.