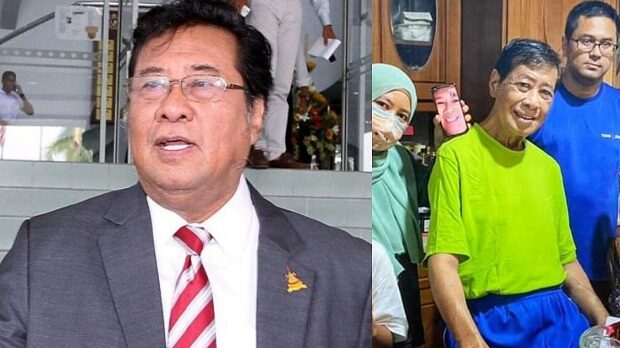 Khalid, 76, breathed his last at the Cardiac Vascular Sentral Hospital surrounded by his family, according to the admin of his Facebook page.

He had been in hospital since April 23.

ADMIN
31 July 2022/ 2 Muharram 1444H
Peace be upon you and God’s mercy and blessings.
Regrettably to be informed that Ybhg Tan Sri Abdul Khalid bin Ibrahim has returned to Rahmatullah at 11.08 last night at Cardiac Vascular Central Hospital, Kuala Lumpur. Rest in peace and be watched by all his family members.
Allahyarham was admitted to the hospital since the last 23rd of April due to an infection in the heart valve. He left behind a wife, four children and two grandchildren.
Allahyarham’s body will be brought to Saidina Umar Al Khattab Mosque, Bukit Damansara for bathing, burial and prayer.
Immediately at Umar Al Khattab Mosque, the corpse will be brought to Shah Alam State Mosque to give a chance to the people in Selangor who want to pay their last respect and perform prayers for the corpse.
By the order and grace of DYMM Sultan of Selangor, Sultan Sharafuddin Idris Shah Al-Haj Ibni Sultan Salahuddin Abdul Aziz Al-Haj the body will be laid to rest in the Tomb in Raja Shah Alam.
Let’s pray together to Allah SWT specially for Allahyarham may Allah SWT accept our prayers.
Ya Allah, You grant forgiveness to Allahyarham Tan Sri Abdul Khalid bin Ibrahim, have mercy on him, save him, forgive him, honor his position, widen his entrance (his grave), purify him with water, snow and cold water , cleanse her from sins as You clean the white cloth from dirt.
Replace him with a better home than his home, a better family member than his family and a better spouse than his partner. Admit him to heaven and spare him from the torment of the grave and the torment of hell.
Amen amen oh God we are with you.
·