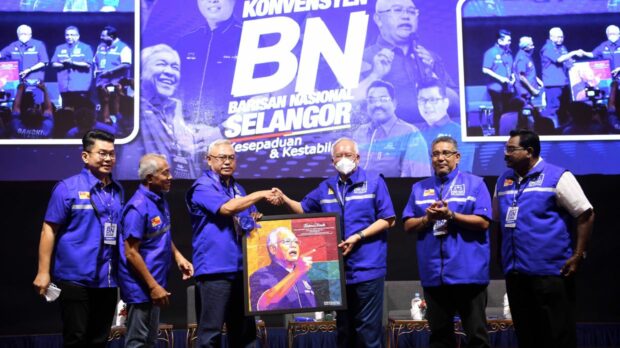 The Selangor Barisan Nasional chairman said that whether the polls were held sooner or later, what mattered most was ensuring Barisan’s win at the federal and state levels.

“Some want it earlier, some want it later. We pray that God gives strength to the Prime Minister to find the appropriate time to dissolve the Parliament.

“With cooperation and help from Umno’s top five, we will be able to set a suitable date.

“We want to ensure Barisan’s win. Being the opposition once is enough,” said Noh in his speech at the Selangor Barisan Convention at the Setia Spice Convention Centre here on Sunday (July 31).

Noh added that Umno’s top five leaders had also been helping Ismail Sabri in crafting harmonious solutions to the many challenges that he inherited from the previous administrations when he became prime minister in August last year.

He also said that Barisan was determined to wrest Selangor from Pakatan Harapan, as it had had enough taste of being the state opposition.

Prior to losing federal power in GE14, Barisan had only experienced being the opposition in several states, he said.

Noh said the bitterness of losing federal power in GE14 has made Barisan determined to win in the next election.

“Back then, when we were the Federal Government, we didn’t really feel the impact of Barisan being the opposition in some states.

“It’s because when our assemblymen couldn’t get allocations from the state government, we still had the federal help.

“But when we became the opposition, we tasted how bitter it felt.

“We are here at the convention in the spirit that we will rise and God willing, we have a bright chance of winning Selangor,” he said.