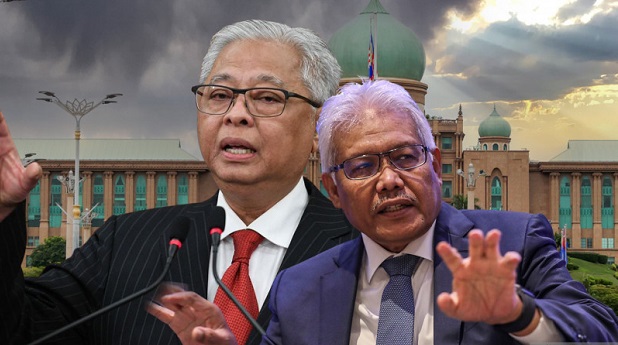 UMNO Supreme Councillor Puad Zakarshi has asked whether the Registrar of Societies (ROS) is being used as a political tool to delay the amendment to his party’s constitution.

Umno is still waiting for the ROS to approve the amendment to postpone party polls until after the general election.

“Is the ROS targeting Umno because its minister is from Bersatu? It previously issued a letter claiming that the Umno Supreme Council is merely a ‘caretaker’,” he asked in a statement posted on Facebook.

“If Umno’s request to postpone its elections for six month after the general election is unconstitutional, why did it approve MCA and Gerakan’s application?

Puad was referring to Home Minister Hamzah Zainuddin – to whom the ROS reports – a member of Bersatu.

On May 15, at the Umno special general assembly, the party approved a motion to amend its constitution, which allows party elections to be held no more than six months after a general election.

On Saturday, Prime Minister Ismail Sabri Yaakob, who is also Umno vice president, said July 16 marks the end of the 60-day period for an ROS decision.

Umno had previously postponed party elections at its branches, divisions, and the supreme council levels for 18 months after the 2018/2021 term ended on June 30 last year.

The 18-month period will end by the end of this year and Umno elections must be held before December 30, 2022.

The party does not want a party election before the next national poll as it fears internal conflicts could arise, sabotaging its attempt to remain in power.