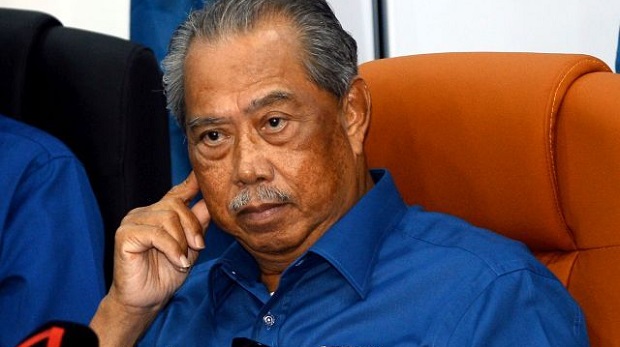 THE launch of Perikatan Nasional’s (PN) Kelantan chapter on Saturday is a signal that Bersatu and PAS are set to work together in the general election, observers said.

PN chairman Muhyiddin Yassin, speaking at the launch, said the two parties are inseparable and that support for one party is support for the other.

“PN is the new political platform in the country,” Muhyiddin said before some 30,000 people at the launch in Tanah Merah.

The combined forces of Bersatu, which he heads, and PAS, which runs the Kelantan government, will give PN a “100% victory” in the state, Muhyiddin had also said. Analysing the speech, Ilham Centre executive director Hisomuddin Bakar said Bersatu is also signalling to PAS that it needs the Islamist party for PN to remain a viable force.

Bersatu will not want to any problems with PAS as Muhyiddin’s party cannot stand on its own strength in a national election, Hisomuddin said.

“What we are seeing is Muhyiddin’s reaction to some PAS leaders who said the party should stand under its own logo in the general election.

“That can mean that PAS wants to go solo. That was why PN held the Kelantan launch – to show its commitment to PAS,” Hisomuddin told The Malaysian Insight.

The 30,000-strong crowd at the PN launch also made good optics, affirming the two parties had made the right decision to stay together, he said.

It was uncertain if the audience was made up of genuine PN supporters or people who had come for the free umbrellas and Casio G Shock watches handed out by Tanah Merah MP Ikmal Hisham Abdul Aziz at the event, which also offered a lucky draw with a car to the first-prize winner.

“Even the local PAS leadership admitted that the size of the crowd was surprising because after GE14, PAS has had difficulty attracting many people to its events,” he said.

Che Johan said the event was held on a large-scale as Bersatu and PN needed to make their brands familiar to Kelantan voters, who were staunch PAS supporters.

He said many people in the state still associated Muhyiddin with his former party Umno.

“Since GE15 is expected within a year, we need to be prepared. PN needs to promote itself.”

He admitted that PN still did not have a clear machinery structure even though Bersatu and PAS have been cooperating since in 2020.

“We need to be organised and structured from parliament level all the way down to district level.”

Bahari denied that Bersatu was interested in contesting for more seats in the state.

“It was just to get the state machinery going,” Bahari said.

PAS and Bersatu became allies in 2018 to oust PH, after which Muhyiddin was appointed prime minister.

The two PN parties have collaborated in recent state elections to stand – unsuccessfully – against Umno, which has rejected working with them.